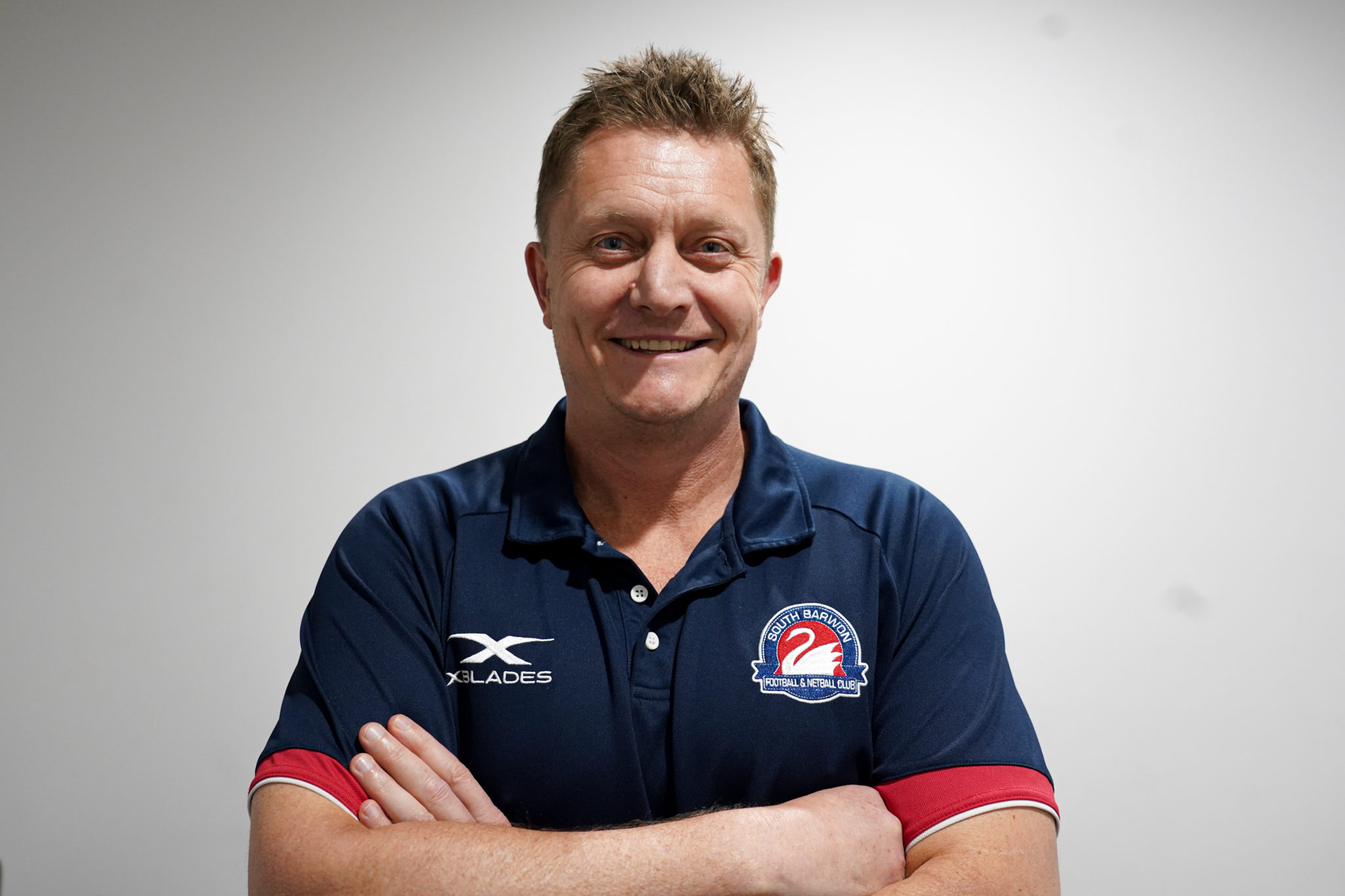 Neeld, who has agreed to a three-year deal, replaces Dave Farrell, who announced last month he would be standing down after five years at McDonald Reserve.

The former Melbourne AFL coach said he went to the meeting with president Tim Sherman and coaching director Travis Agg “with an open mind”.

“I caught up with Tim and Travis a couple of weeks ago, and we just spoke about football in general, which led to a discussion about the South Barwon Football and Netball Club,” Neeld told Geelong Broadcasters

“And looking back on that discussion, I would say, ten minutes into that 60-minute discussion, I think I knew I was going to put my hand up to coach South Barwon.”

Neeld, who previously coached in the GFL at St Joseph’s in 2004, said he is impressed by the Swans as a sporting club.

“The manner in which it’s growing both football, from a male and female perspective,” he said.

“The manner in which it’s growing its netball program.

“It has over a thousand members. There is a holistic commitment to community sport, both football and netball.

“I’m really keen to be a part of that and help South Barwon Football and Netball Club achieve some of the things they are aspiring to achieve.”

A Joeys junior, Neeld played 48 AFL games for Geelong and 26 for Richmond between 1990-96 before starting his coaching journey with Old Geelong in 1997.

He joined Bellarine league club Ocean Grove in 2000 and guided the Grubbers to four consecutive premierships.

He joined Collingwood as an assistant coach under Mick Malthouse, where he played a vital role in the Magpies’ rise to the 2010 premiership and a grand final appearance the following year.

Appointed coach of Melbourne ahead of the 2012 season, Neeld’s tenure ended midway through his second year at the Demons.

He then spent four years at Essendon, including as game performance coach, before departing the club in May 2018.

“I was unaware I was going to coach again,” he said.

“Through my work with K rock, I really enjoy the footy – there’s no question about that. I class myself as a student of the game who’s very passionate about the game itself.

“I really enjoy coaching, and after a discussion with Tim and Travis, it certainly reignited a fire to get back involved.”

Sherman said the appointment of Neeld until at least the end of 2025 provides South Barwon with a clear path following Farrell’s departure.

“It was evident from our first chat that the competitive fire still burns, and he was eager to get back into coaching at a high level, so it just seemed like a great fit for both parties,” he said.

Mark identified the potential in our current playing group, and we look forward to Mark and his team getting to work later in the year, building on the very solid foundations laid by Dave Farrell and his team of coaches over the last five years.

“It’s clear that he is very excited by the challenge that awaits him.

“It’s a real testament to the quality of people we have involved at South Barwon that we are a destination club for people of the calibre of Mark.”