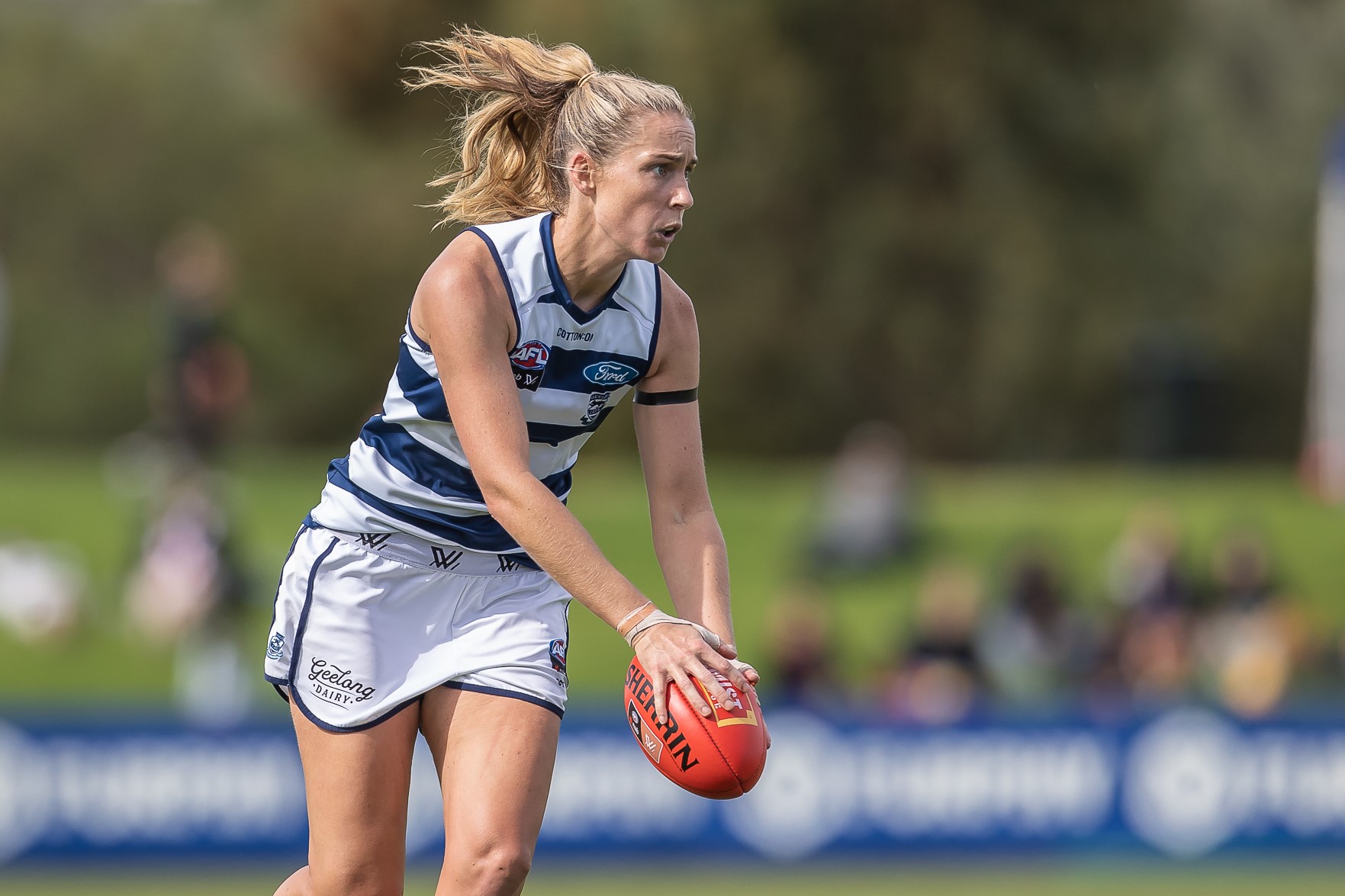 STAR Geelong defender Maddy McMahon is unlikely to pull on a Geelong jumper again after walking away from the game and being placed on the club’s inactive list.

The 33-year-old, who finished third in the Cats’ best-and-fairest earlier this year, was a conspicuous absentee from the squad for Saturday’s practice match against Gold Coast.

A star basketballer who took up football in her late 20s, McMahon has arguably been Geelong’s most consistent player since entering the AFLW competition in 2019.

“It’s disappointing we won’t see Maddy in the Hoops for Season 7, but we all know Maddy is a true professional and understands that her wellbeing comes first,” Cats’ AFL boss Brett Johnson said.

“This decision allows Maddy to prioritise her life away from football, and our priority will be to provide regular support to Maddy and stay in close contact with her during her time away from the club.”

The Cats signed the former star netballer after impressing with SANFL club Glenelg.

However, a knee issue will see her sidelined.

“Sammy’s rehabilitation from a previous knee injury hasn’t progressed as planned, which is unfortunate for both Sammy and the club,” Johnson said.

“We were excited to see Sammy line up in the upcoming AFLW season; however, we have no doubt she will provide great support and encouragement for our players this season.”

Geelong has added training partner Kalani Scoullar to its list.

The GWV Rebels product made four VFLW appearances for the Cats, including the elimination final loss to the Southern Saints.

“We’re excited to see Kalani get her opportunity at the top level and run out with the team on Saturday,” Johnson said.

“We got to know Kalani through our VFLW program this year, and while she is still developing as a footballer, she has shown that she’s ready and willing to test herself at the elite level.

“We look forward to seeing her develop her craft as she works alongside Olivia Fuller in the ruck.”