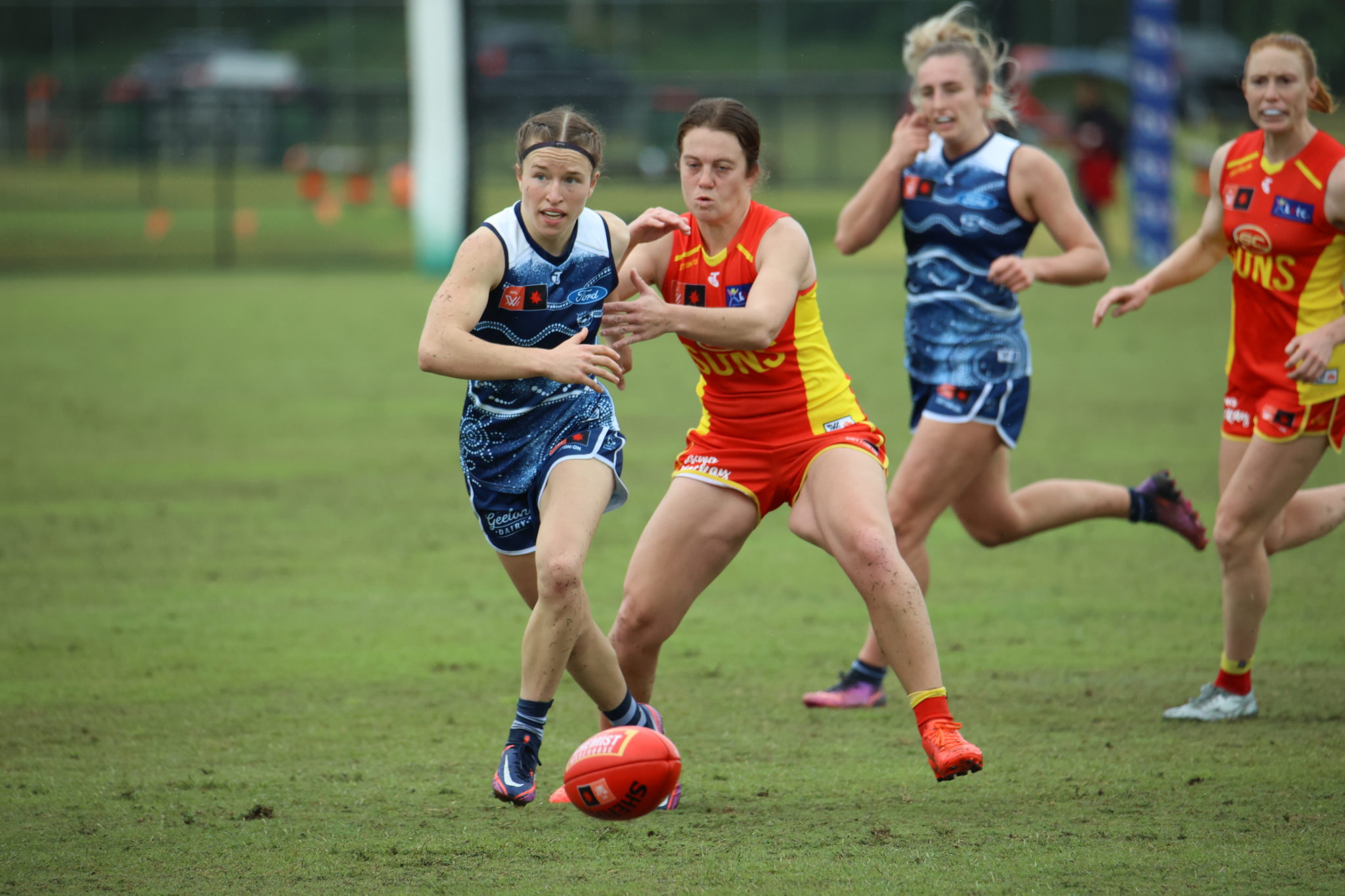 CLEAN ball movement in trying conditions has helped Geelong to a convincing AFLW practice match win over the Gold Coast.

“A lot of our focuses over the last two or three months – and even towards the back end of last season – around our ball movement to make sure that we’re a bit more clean and efficient, those signs were really evident today, which is really promising,” coach Dan Lowther told Geelong Broadcasters

“In trying conditions, they moved the ball quite well at times.

“And our new players that we’ve brought into the team over the last 12-18 months added a bit of class around the ball and (on) the outside.

“Our efficiency moving the ball from one end of the ground to the other allowed for a cleaner game, even though the conditions would have proven otherwise normally.”

Several players who pulled on a Geelong jumper for the first time stood out for Lowther, who has a relatively injury-free list to pick from.

“Shelley Scott played down back for us and was a really solid contributor,” he said.

“Her experience and her smarts down there really steadied the ship at times for us, which is pleasing.

“Her composure at the ball was really important at times.

“Mikayla Bowen on the wing did a very good job in the first half.”

Geelong got through the match injury-free, although Geelong fans watching the live stream may have been concerned when captain Meg McDonald was forced from the ground during the last quarter.

“(It was) just a really good upper-thigh cramp,” he said. “It looked like she’d gone down for the count.

“She had some issues cramping early.