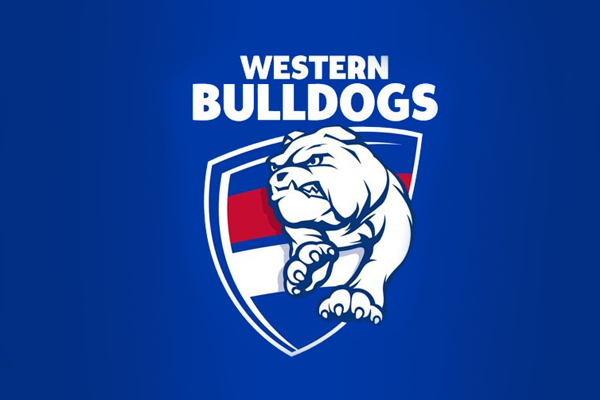 THE Western Bulldogs have survived an almighty scare from rivals GWS to prevail by five points and keep their AFL finals hopes alive.

Trailing until young gun Jamarra Ugle-Hagan slotted his first goal of Saturday’s game with 10 minutes remaining, the Bulldogs outlasted the injury-hit Giants 9.8 (62) to 8.9 (57).

The fatigued Giants, who sit 16th on the ladder and are enduring a horror season, continued to press hard and had opportunities to reclaim the lead in the dying stages at Marvel Stadium.

But a strong contested mark from Bulldogs defender Bailey Dale with 40 seconds remaining proved to be enough as Luke Beveridge’s team clung onto a crucial 11th win of the season.

The Bulldogs (11-10) have to defeat Hawthorn in Launceston next Saturday in their final regular season game and rely on Carlton and Richmond inside the top-eight faltering to be any chance of playing finals for a fourth straight year.

The Giants came in with a slow, kick-and-chip game plan, frustrating the Bulldogs by playing keepings off in a low-scoring scrap with a combined tally of just six goals kicked in the first-half.

However, the match opened up in the third term as both teams traded blows.

After falling 10 points behind, the Bulldogs surged back ahead with four goals in 10 minutes as defender Bailey Williams delivered an unexpected cameo with two of those majors.

Ruckman Tim English set the standard, asserting his dominance in the centre square to give the Bulldogs first use of the football.

GWS tall Lachlan Keeffe slotted a miracle goal from the pocket late in the third quarter as the Giants pinched the lead back by the final change.

However, Keefe (groin) was unable to finish the match and was subbed out for Xavier O’Halloran early in the final term.

Bulldogs defender Zaine Cordy will face a nervous wait ahead of the match review officer’s finding after bumping Tanner Bruhn off the ball, dazing the Giants youngster as he staggered to the bench.

The incident led to Bruhn’s teammates remonstrating with Cordy, sparking scenes that have become trademark in games between GWS and the Bulldogs.

Interim coach Mark McVeigh will likely lead the Giants for the final time next Saturday as they head to Canberra to host finals-bound Fremantle.