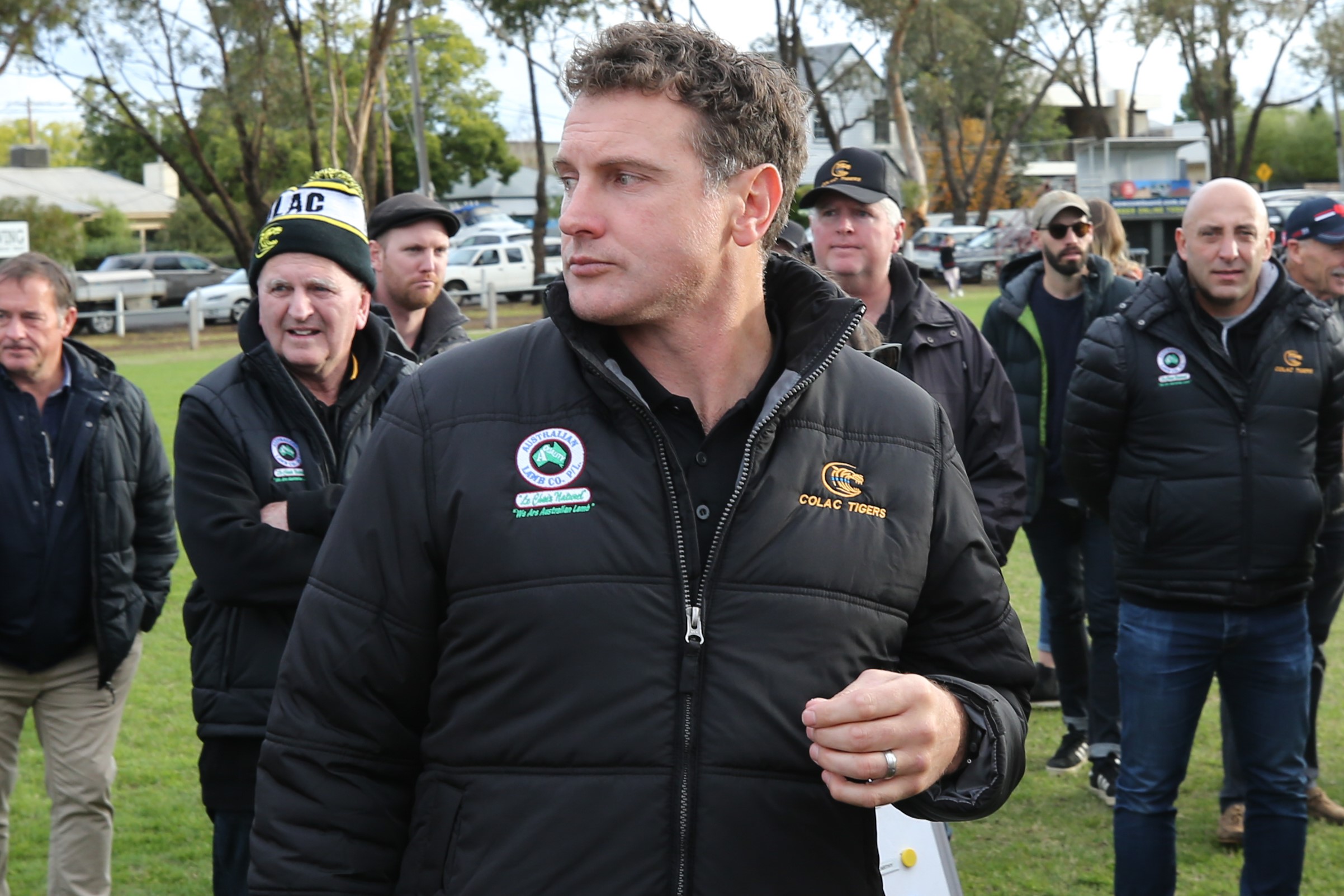 COLAC co-coach Rowan McSparron says Saturday’s 18-point win over Newtown & Chilwell isn’t “a true reflection” of where the two clubs sit ahead of a qualifying meeting later this month.

However, with both teams missing key players, McSparron isn’t claiming any advantage over the Eagles.

“You could look at it that way, but it was a pretty even game,” he said.

“We’re happy to come away with a win, but I think both Damien (McMahon) and myself understand both teams had a couple of players out, and it wasn’t going to be a true reflection of what we’re going to see in a fortnight.”

McSparron is the first to admit the Tigers weren’t always at the top of their game but was impressed by how they persevered in extending their winning run over Newtown & Chilwell to four.

“Newtown, to their credit, didn’t allow us to play great footy at certain times,” he said.

“But, we just ground it out, and that was probably the most pleasing part; to stick to the task and get the job done.”

“But, he was fantastic. He took a lot of good marks and hit the scoreboard, which was really good.”

On his return from Geelong’s VFL team, Zach Zdybel stood out for Colac, while Lachie Simpkin’s Team of the Year-worthy season continued.

The Tigers will next face South Barwon in their rescheduled Round 16 match-up at McDonald Reserve before taking on the Eagles on August 27 at West Oval.

Henry Walsh, Leigh Gorwell, Aaron Walters, Luke Hillman and Cooper Stephens should all be right to take on the Swans.

Newtown & Chilwell, which went in without injured star Ned Harris (foot), suspended duo Matt McMahon and Liam Fiore, and forward Lachie Bond, who was on VFL duty, will enjoy a week off before tackling the Tigers.

Charlie Byrne again impressed with three goals, while GFL debutant Osca Riccardi kicked a goal and was among the Eagles’ best.