Cameron, Stanley to miss final round 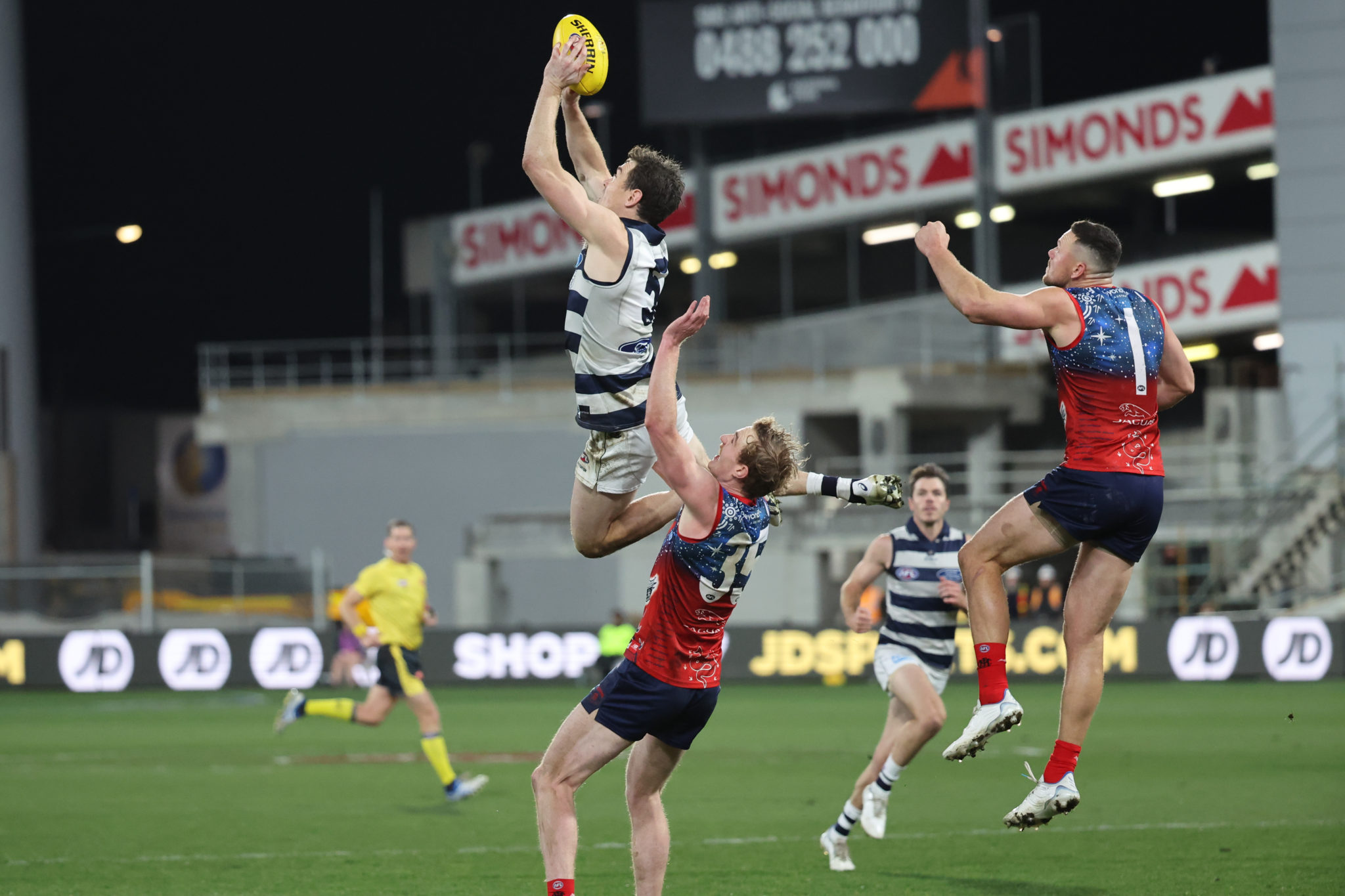 JEREMY Cameron will miss Geelong’s final round clash with West Coast but is expected to be right for the club’s first final after suffering a minor hamstring strain.

It’s the first hamstring issue the Cats’ leading goalkicker has dealt with in 2022 after having three separate injuries to the same area last year in his first season at the club.

Camero, who has kicked 59 goals having played every game for the season, sits second in the race for the Coleman Medal, three goals behind Carlton’s Charlie Curnow on 62.

“Jeremy Cameron came to the bench late in the final quarter of Saturday’s game against the Gold Coast after reporting some low-level hamstring symptoms,” Geelong’s head of medical and conditioning services Harry Taylor said.

“We chose to take a no-risk policy and decided not to have him return to the field.

“Jeremy has assessed well, and scans today have confirmed low-level fluid consistent with a minor strain.

“We will track his progress through the week, and he will be managed according to benchmark measures.

“We expect Jeremy to be ready for our first final.”

Geelong is also planning for ruck Rhys Stanley to be ready for September after scans revealed a low-grade adductor strain.

Stanley was subbed out early in the third quarter of the win over the Suns at Metricon Stadium.

“He has had a scan post-game which shows a low-grade adductor strain,” Taylor said.

“Rhys will begin a reconditioning program that we expect will have him available for selection for the club’s first final.”

Stanley’s spot for the meeting with the Eagles is likely to be taken by Jonathon Ceglar, who will exit concussion protocols in time for Saturday’s clash.

He received a head knock in Geelong’s VFL win over Sandringham on August 7.

Luckless midfielder Sam Simpson’s hopes of pushing for a late-season AFL recall have been dashed by a quad injury suffered in the VFL loss to Box Hill on Saturday.

First-year Cat James Willis is battling the same problem, with Taylor saying both will enter a reconditioning program and be unavailable in the short-term.”