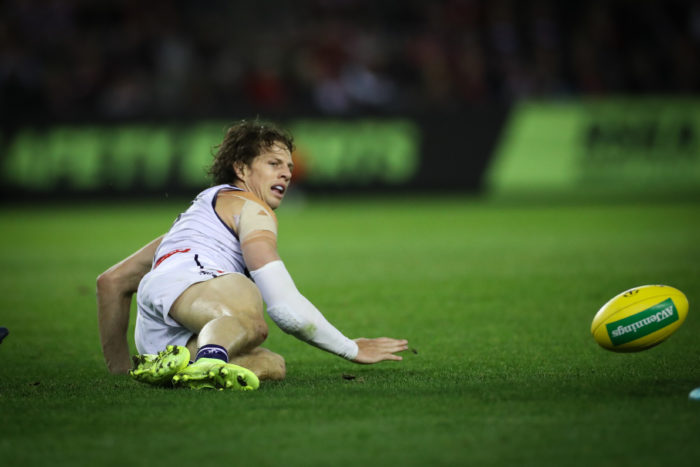 Fremantle are a good chance to regain captain Nat Fyfe for Saturday’s important meeting with GWS in Canberra.

Fyfe is close to recovering from a hamstring injury and faces a test later this week, while Roy Lobb is in some doubt after being substituted out of last week’s derby win over West Coast.

“Rory’s been dealing with a few knocks and bruises through his chest and shoulder region, so he’ll be a test to play this week,” Dockers high performance manager Phil Merriman said.

“Nathan’s got to get through training on Wednesday, and if so, he should be available to play.”

The sixth-placed Dockers need to beat GWS and rely on other results falling their way in order to sneak into the top-four.