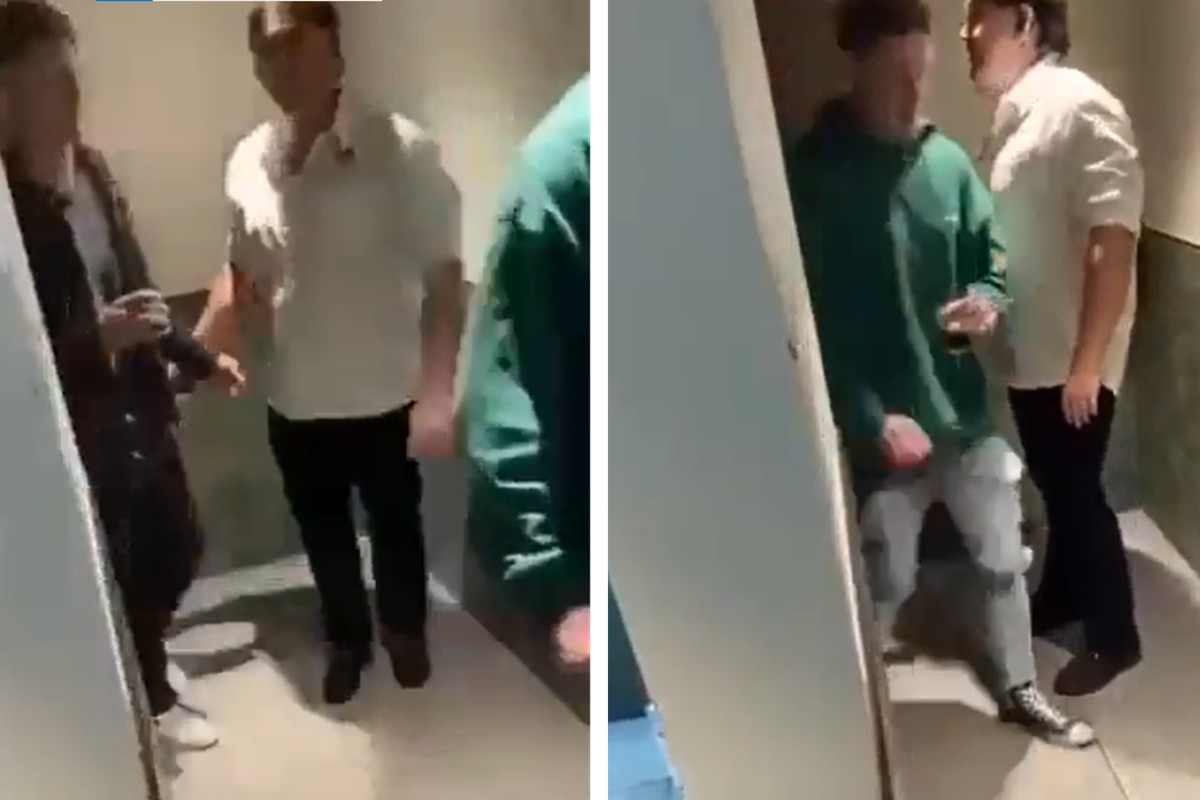 Newcastle have launched an investigation after video footage emerged of a security guard escorting Knights co-captain Kalyn Ponga and utility Kurt Mann out of a toilet cubicle.

In the clip, the security guard is surprised to see Ponga emerge before both men leave quietly with their drinks.

#ASKKENTY Dear Kenty, what do you think Ponga & Mann were doing in the toilet cubicle together ??? pic.twitter.com/5jsBCHLFqK

The video was filmed on Snapchat.

Newcastle told AAP they were made aware of the video late on Sunday night but that they were still working to determine the reason for the pair’s run-in with security.

The Knights are as yet unsure when the clip was filmed but Ponga has been sidelined since round 19, when he suffered a concussion in the loss to the Sydney Roosters.

“The Newcastle Knights have been informed of a matter involving current players,” the Knights said in a statement on Monday afternoon.

“Knights’ management has commenced a process to gather all the required facts.

“Until such time no further comment will be provided.”

The video began circulating on social media soon after Ponga ruled himself out for the remainder of the NRL season with his concussion.

Ponga’s latest head knock was his third in six weeks and prompted the fullback to consult with a neurologist.

Given the Knights won’t play finals this year, the club have taken a cautious approach to Ponga’s injury.

“I’d be sweet for the last round but doing no contact for the year, it probably would be a wise thing not to play the last round,” Ponga told Triple M Newcastle radio on Sunday, before the video emerged.

“It’s a bit weird. I feel OK now. At the start I felt a bit weird, headaches and what-not, but I feel alright now.

“It’s just hard. I feel OK. I feel fit. I want to play but I guess I’m just going through the protocols at the moment.”

Ponga has been the Knights’ co-captain since the beginning of the season and in April, signed a five-year contract extension to remain at the club until the end of 2027.

Mann is currently sidelined with a quad injury but is expected to return for the Knights’ last game of the season at home to Cronulla.