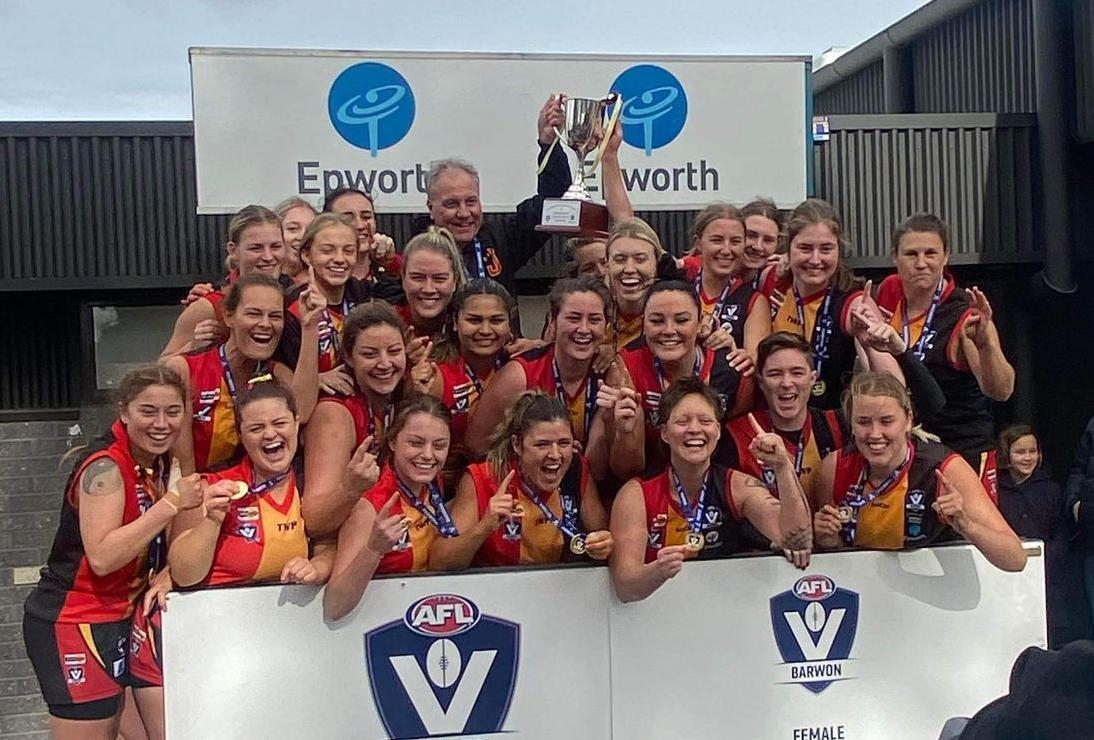 St Joseph’s have two more trophies for the cabinet after claiming the AFL Barwon Under 18 Female title and the Senior Division 2 Female title on Sunday.

The Joeys Senior squad held on through a tight tussle in the final quarter eventually winning 5.3.33 to 3.2.20

“I was pretty quiet all game, I started off in the midfield and then went down back for two quarters”

“In the third quarter I set up two goals to Emmy (Nekrep), and then last quarter Chris my coach put me down forward and I knew that I had to step it up and play my role for the team”

“My dad gave me a bit of a rev up at three quarter time ‘Make the most of this moment Tamika! you play well now and you’ve got this in the bag, i’ll carry you off the ground if you have to’, and my teammate Jane, she’s our assistant coach, she was like ‘you really need to step it up here and open the game up for us’ “ 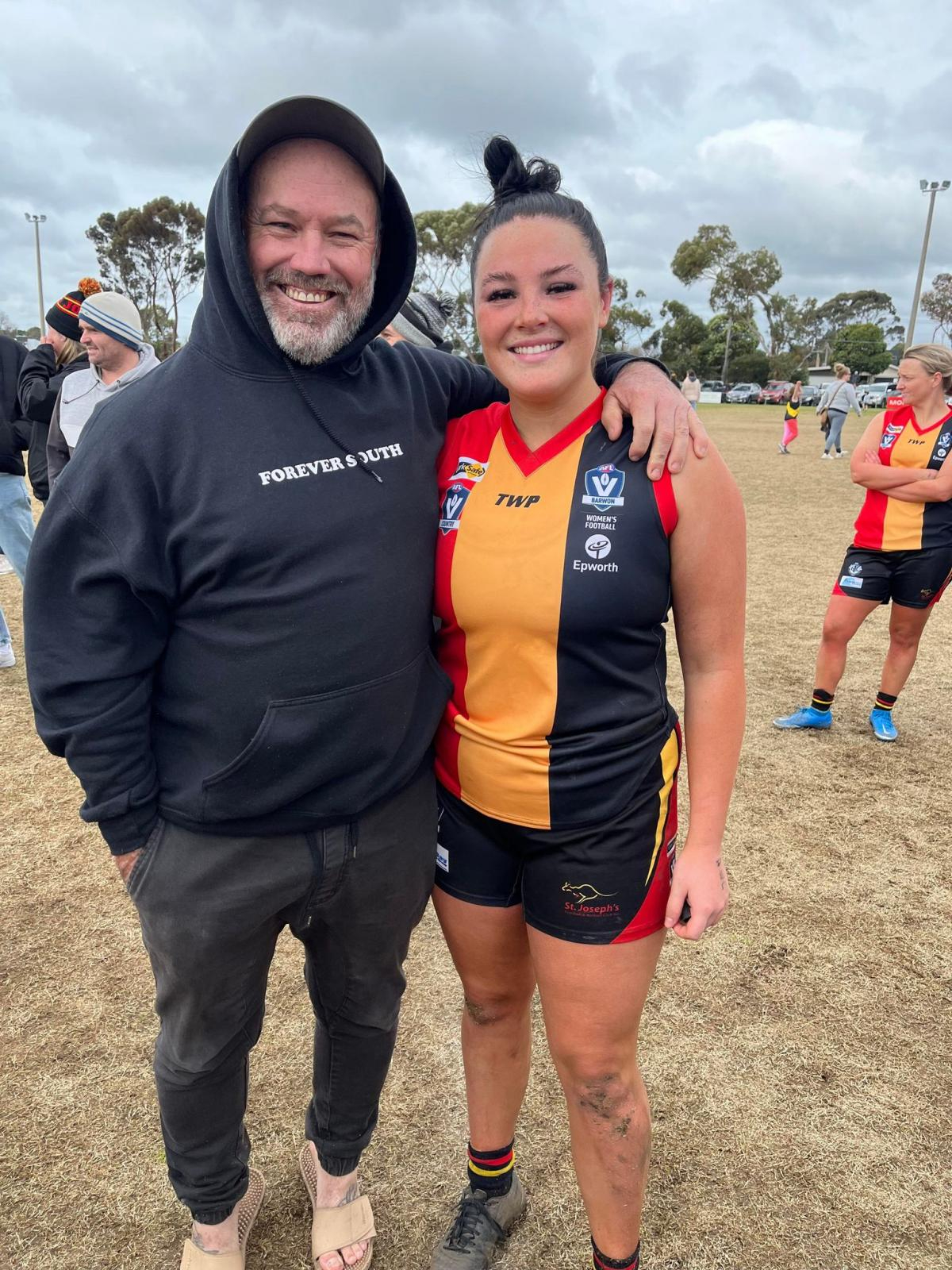 Tamika Lewis, with her proud dad Nathan Lewis who offered words of motivation at the final break, inspring Tamika to kick two goals within five minutes

“G-Train (Gilda) said ‘If there is ever a time to dig deep it’s now, it’s all the little one percenters that count’ and then Gilda grabbed me by the jersey and was shaking me and saying ‘fire up Meeksy’ “

It obviously worked for Tamika, up forward she had three shots on goal within five minutes, converting two of those.

Lewis paid credit to the Tigers as well

“They kept with us (all match), we knew that Torquay were going to give it a good crack, but Jayneo (assistant coach) she really revved us up and said ‘this is ours girls, how much do we really want it?’ and got us up and about”

Emmalyn Nekrep also slotted two goals from the hands of Lewis, while Sophie O’Meara kicked two majors for the Tigers.