Tuchel and Conte charged after fracas 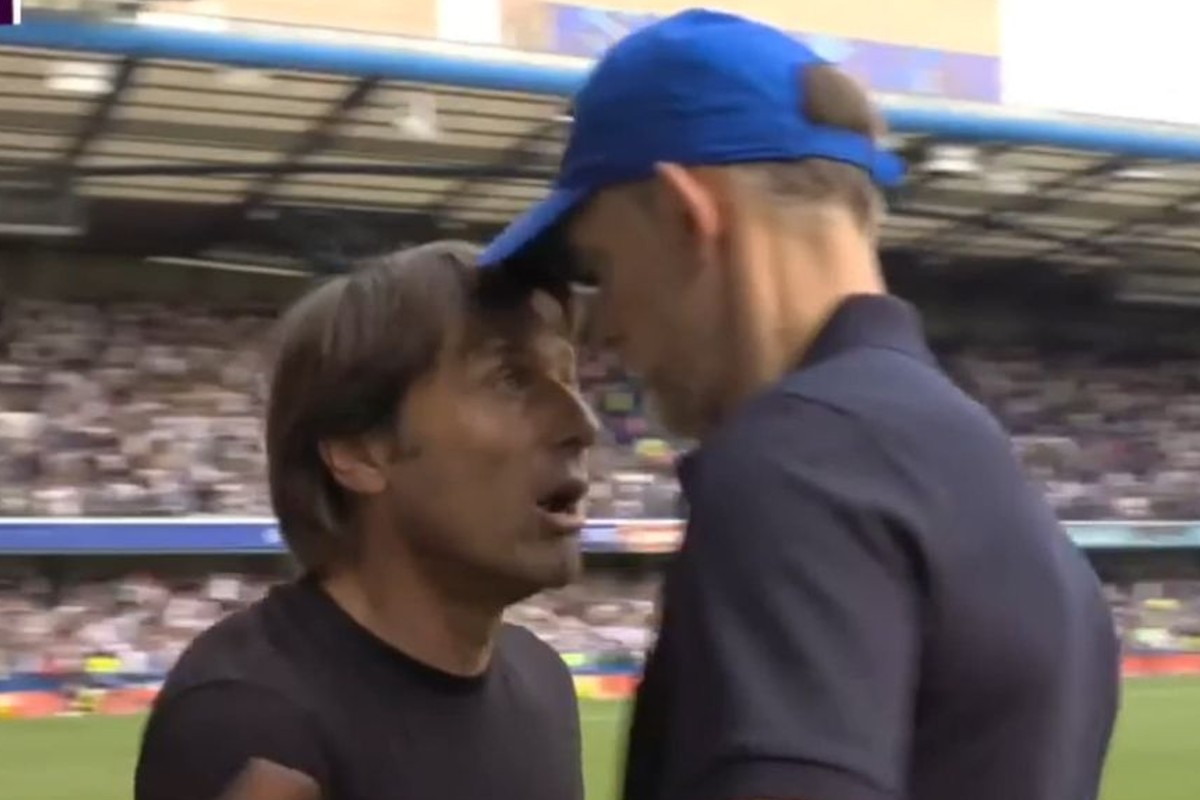 The pair clashed twice at Stamford Bridge, causing two melees as tempers flared during a fiery London derby which saw Spurs snatch a 2-2 draw with a last-gasp Harry Kane goal. 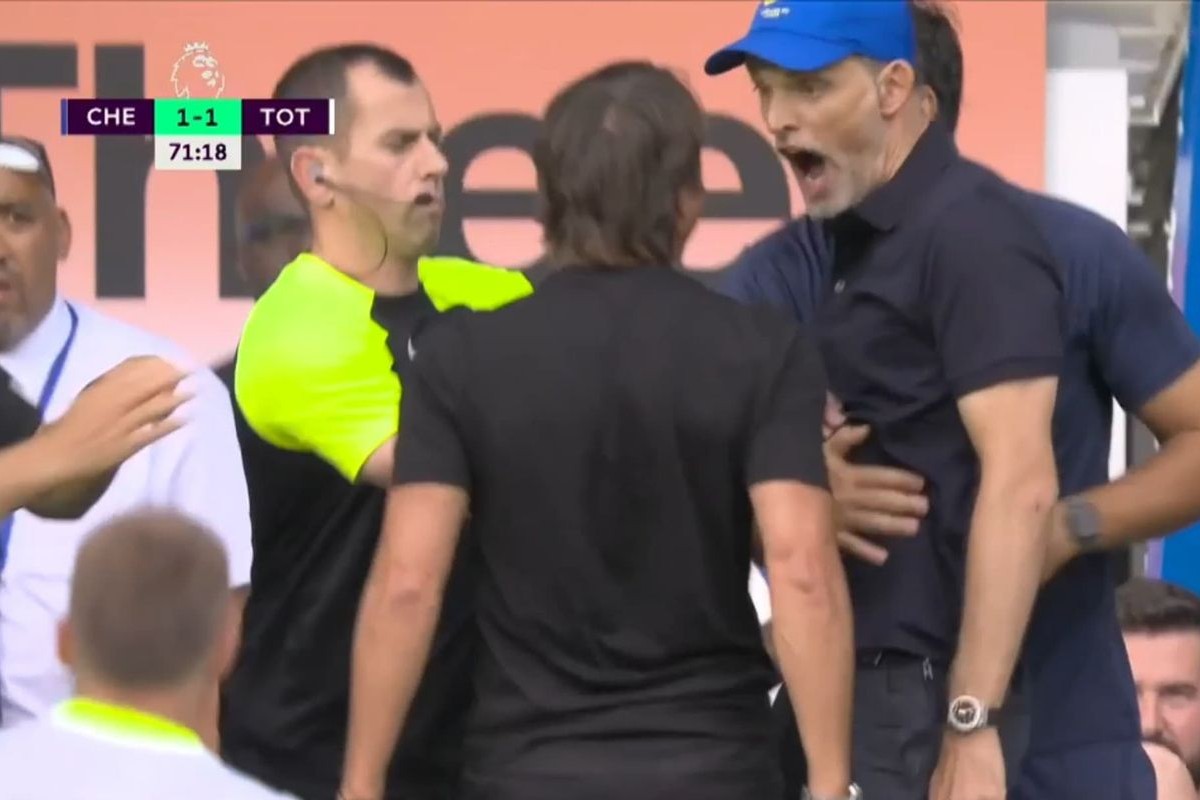 Both managers were booked for the first bust-up, then sent off at full-time when a niggly handshake sparked further ugly scenes. 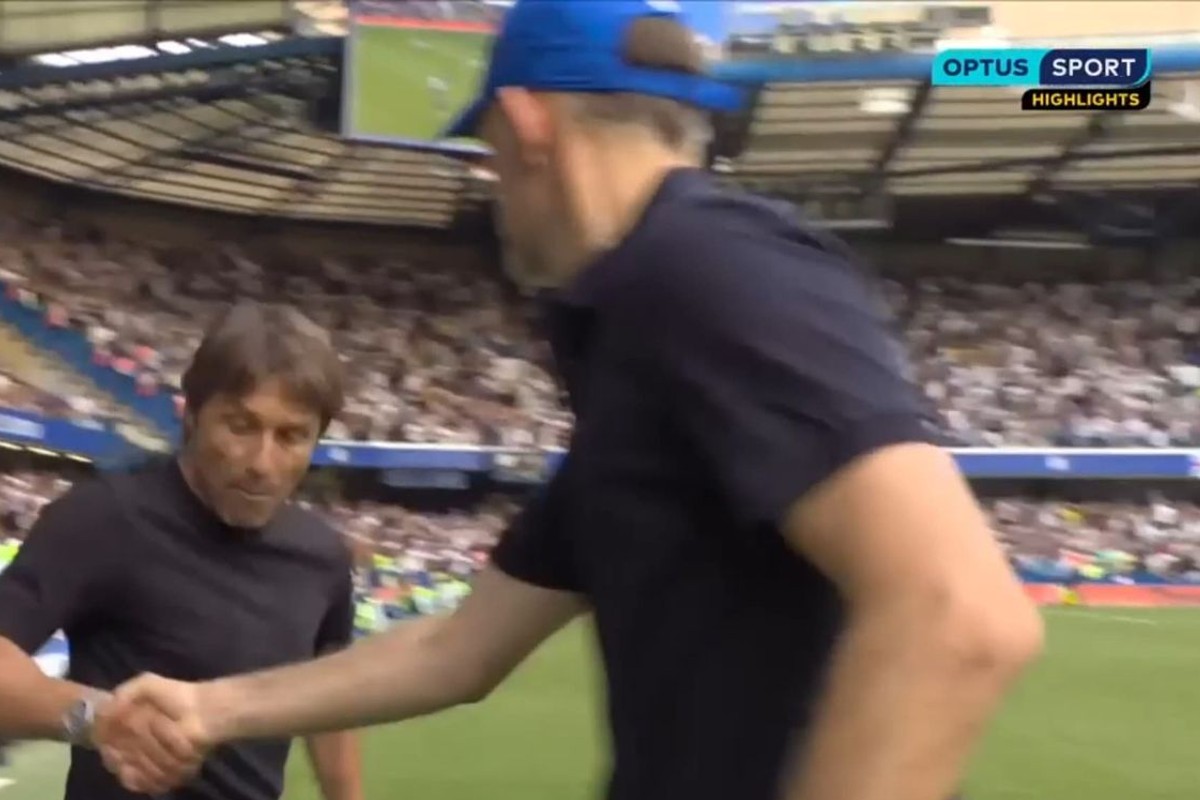 The FA confirmed on Monday evening that Tuchel and Conte now had a charge to answer.

“Thomas Tuchel and Antonio Conte have both been charged with a breach of FA Rule E3, following the Premier League fixture between Chelsea FC and Tottenham Hotspur FC on Sunday 14 August 2022,” the FA’s statement read.

“It is alleged that the behaviour of both managers was improper following the end of the fixture. Thomas Tuchel and Antonio Conte have until Thursday 18 August 2022 to provide their respective responses.”

Tuchel could yet face further charges with the FA set to investigate the German’s post-match comments as he claimed “maybe it would be better” for Anthony Taylor not to referee Chelsea again, with the Blues boss incensed that both of Spurs’ goals stood.

More than 90,000 people have signed an online petition demanding Taylor be blocked from refereeing Chelsea again.

Chelsea supporters have long claimed an agenda from Taylor against them, and Tuchel did not dampen those flames when speaking after Sunday’s tetchy but compelling draw.

When asked again about Chelsea supporters’ concerns about Taylor’s officiating, Tuchel continued: “I don’t think that just some of the fans think that: I can assure you that the whole dressing room of us, every person thinks that.

“Not only the fans. You know the players, they know what’s going on when they are on the pitch. They know it.”

Asked if the players are worried when Taylor is in charge, Tuchel added: “Yeah, of course.”

And when it was put to him that he will most likely face a touchline ban for next weekend’s Premier League trip to Leeds, Tuchel said: “So, good! I cannot coach but the referee can whistle the next game.”