Dan the man for Tigers 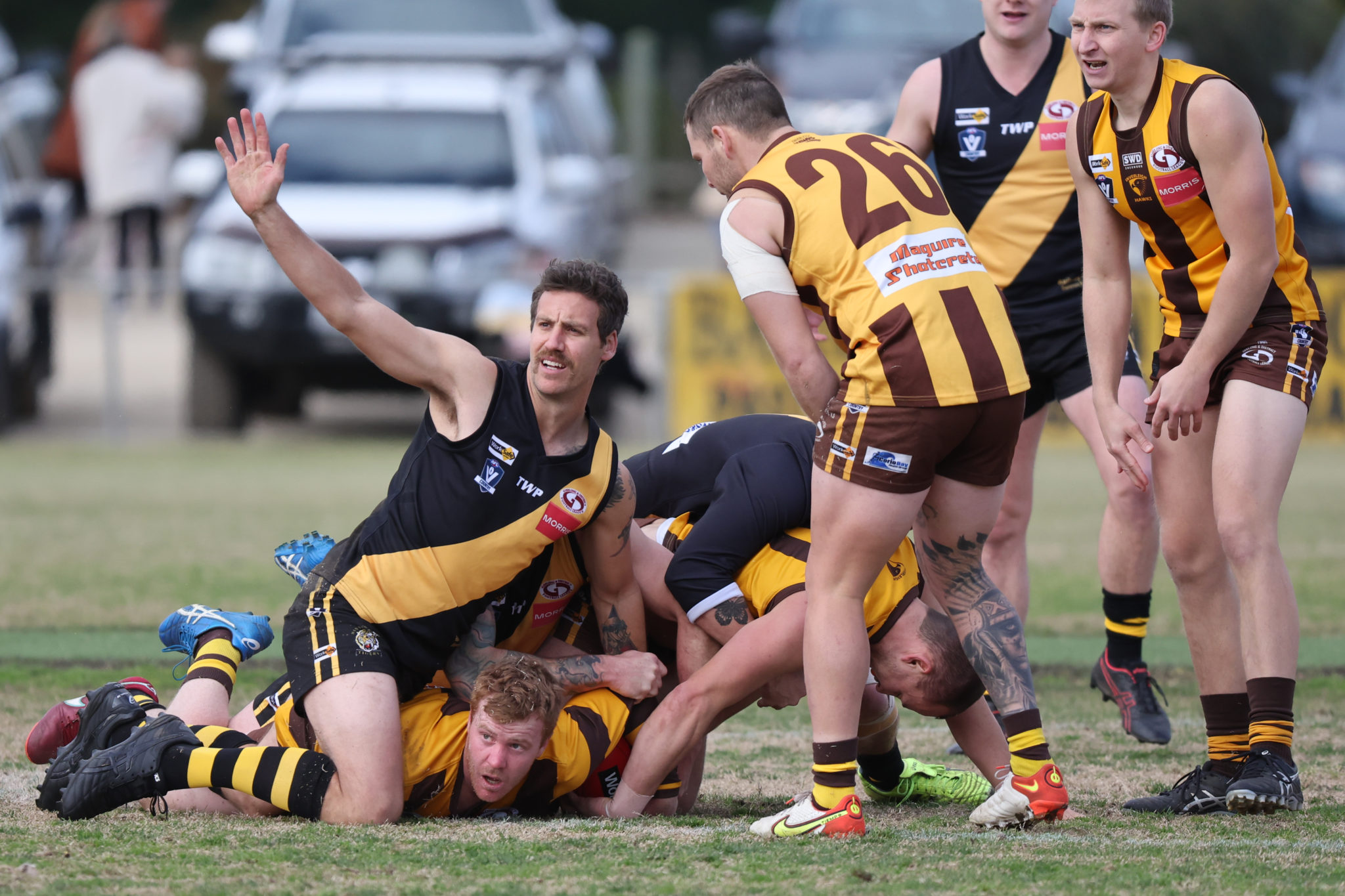 The classy half-back has tasted more success than any other player in the five clubs fighting for premiership glory, winning three premierships at West in Alice Springs, three at Queenscliff and three at St Joseph’s.

However, Measures hasn’t played finals since the last of his flags at Joeys in 2018.

“As we know, his success rate is phenomenal,” Pilgrim said. “And when we play a big game, you’ll always see him in the best players.

“I’ve got that much respect for the way he goes about it.

“He’s one of those blokes that plays well every week, but in the big games, he goes to the next level.”

On Saturday, Bannockburn opens its sixth consecutive finals series with a qualifying final meeting against arch-rival Inverleigh at The Gordon TAFE Oval.

The Tigers fellow short of their Golden Plains neighbours in both meetings during the home-and-away season, including by 36 points in Round 12.

Pilgrim believes disposal efficiency will be a key if Bannockburn wants two cracks at a grand final berth.

“If you turn the baller over against them, they’re going to score pretty quickly,” he said.

“They’re star-studded from the midfield forward.

“We turned the ball over a fair bit against them last time, and they scored pretty easily.”

“Connor’s been great for quite a while now,” Pilgrim said.

“He works hard, he trains hard – he trains as he plays.

“He’s going to get those wide, open spaces of St Albans, and I think he’s going to thrive.”

Image: Bannockburn captain Dan Measures appeals for a free kick during the Round 12 loss to Inverleigh. (Sports Media Image/Marcel Berens)