Darke does it again 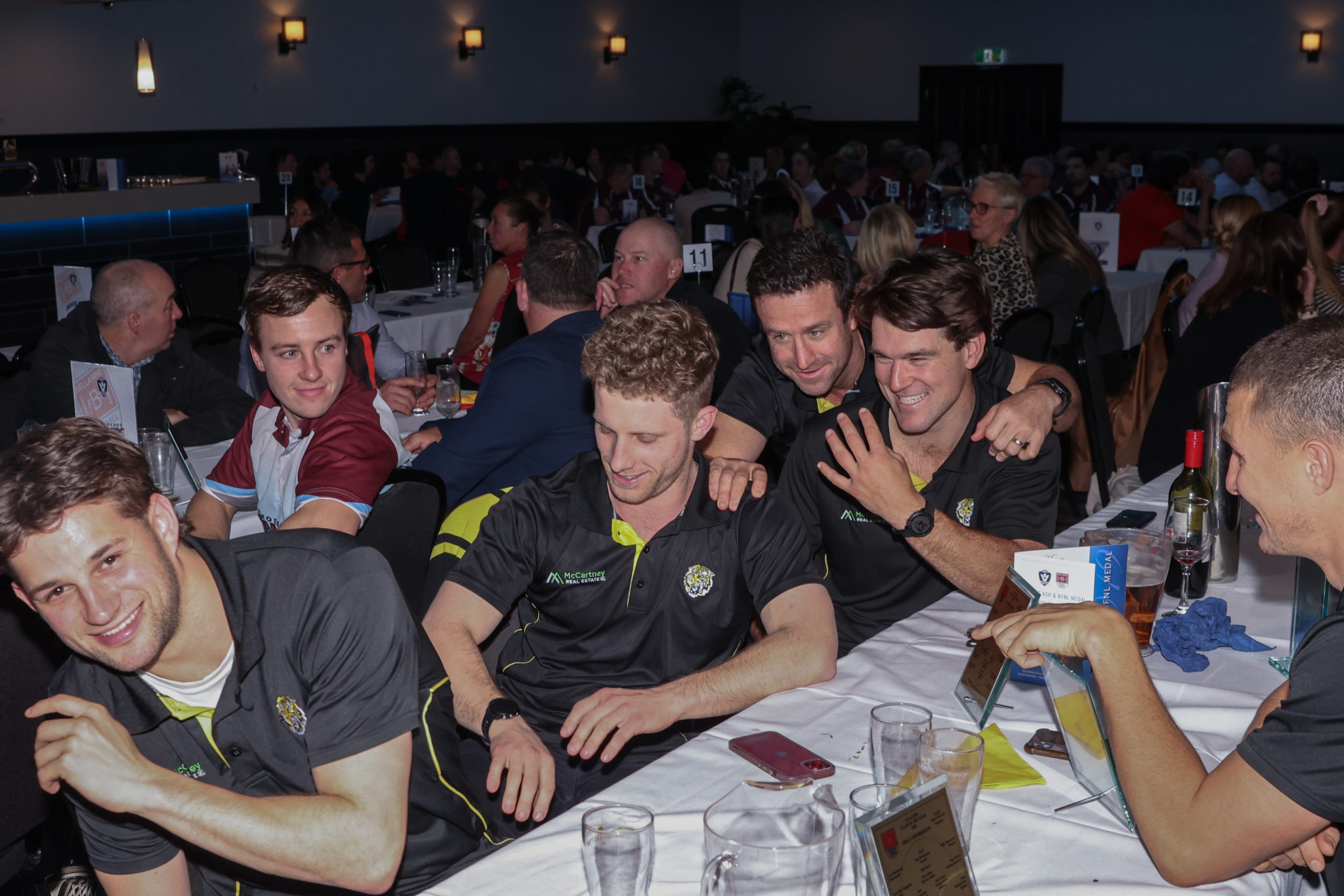 JAMES Darke has further etched his name into Bellarine football folklore after becoming just the second four-time winner of the Les Ash Medal.

The Torquay midfielder joined Modewarre great Josh Finch as the only men to achieve the feat, adding to his previous success in 2014, 2016 and 2021.

Darke finished six votes clear of Barwon Heads recruit Sammy Baker and Geelong Amateur co-coach Sam Darley, who was ineligible after serving a two-week suspension in the first half of the season.

When counting went live after Round 9, Darke led on 17 votes, three clear of Fennell, with Keras next best on 12 and Darley and Baker on 11.

Fennell climbed within one vote of the Tiger after a best-on-ground performance in Round 11 – a round in which Darke didn’t play.

However, he responded with three votes in Round 12 to skip four votes clear on 21.

Darke didn’t poll between rounds 13-16, with Fennell receiving three votes in Round 16 to move to 20 votes.

Baker then grabbed a share of the lead when umpires judged him best-on-ground in the Round 17 win over Ocean Grove.

However, less than 30 seconds later, Baker was again three votes in arrears when Darke was given the nod as best-on-ground as the Tigers battled past Geelong Amateur.

Darke made a certainty of his fourth medal when he produced another three-vote effort in the final-round hiding of Portarlington.

Earlier in the night, Team of the Year ruck Kye Annand became the second Ocean Grove young gun to claim Rookie of the Year honours.