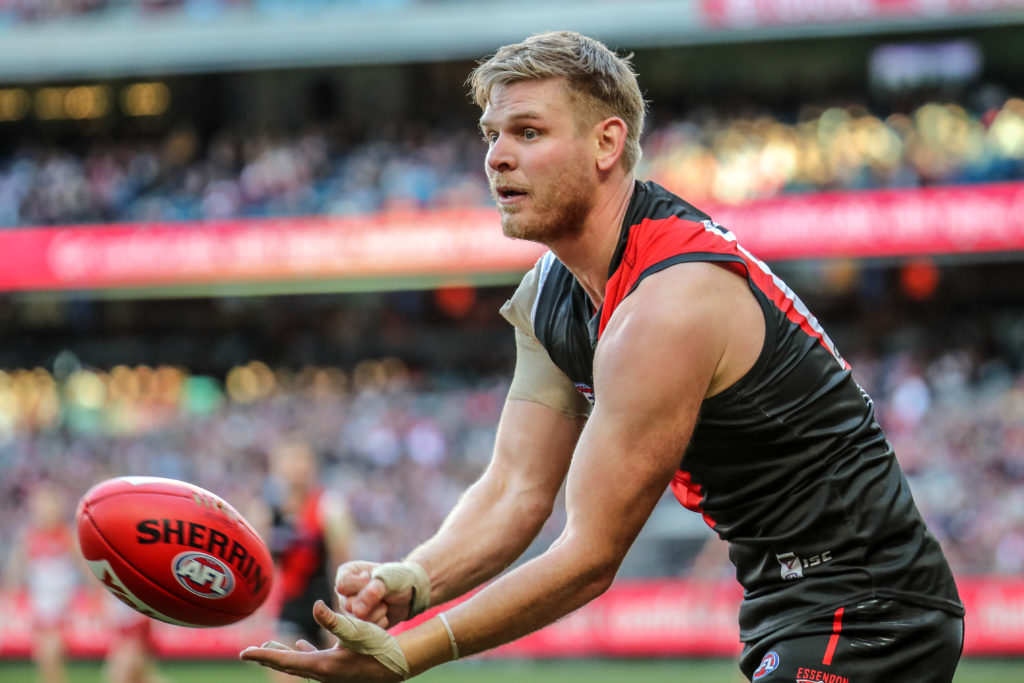 ESSENDON veteran Michael Hurley will complete an inspirational comeback from a life-threatening injury with one final AFL game this weekend before he heads into retirement.

Hurley told his teammates on Thursday morning he would retire after the season, with the club quickly announcing he’d be named to face Richmond on Saturday night for a farewell game.

It’s a remarkable comeback from Hurley, who looked unlikely to ever run again after suffering a hip infection before the 2021 campaign, only to defy the odds and return to VFL action this July.

And the 193-game, two-time All-Australian will take it a step further on Saturday, with Bomber fans getting the chance to thank the former No.5 draft pick for his service.

Hurley, 32, said the challenge of returning to the top level had proved to himself it was time to retire.

“It was about the middle part of the year where I got close and in recent weeks, running out there and getting a kick again was just fantastic,” he said.

“Physically and mentally, I am feeling up for the challenge, but such a big operation and a big couple of years, and the uncertainty around whether physically I could still keep up with the rigours of AFL footy, it really set in that it was probably time to hang the boots up.”

Hurley impressed at both ends of the ground but particularly in defence, where he’s twice been named the All-Australian centre half-back.

He was one of the many Bombers who missed the 2016 season serving a ban from the club’s supplements saga.

“I’ve been here since 2008, and while I probably haven’t experienced a lot of on-field success, and not everyone in AFL can have that, a different success to me is meeting special people,” Hurley said.

“The most important people at the club to me is my teammates … you don’t fully understand how lucky you are in this job.”

“Quite remarkably, in the weeks following his hip injury, at times, it did not look like Michael would be able to run again, let alone train or play VFL, so we’re delighted he’s able to line up with his teammates on Saturday,” he said.