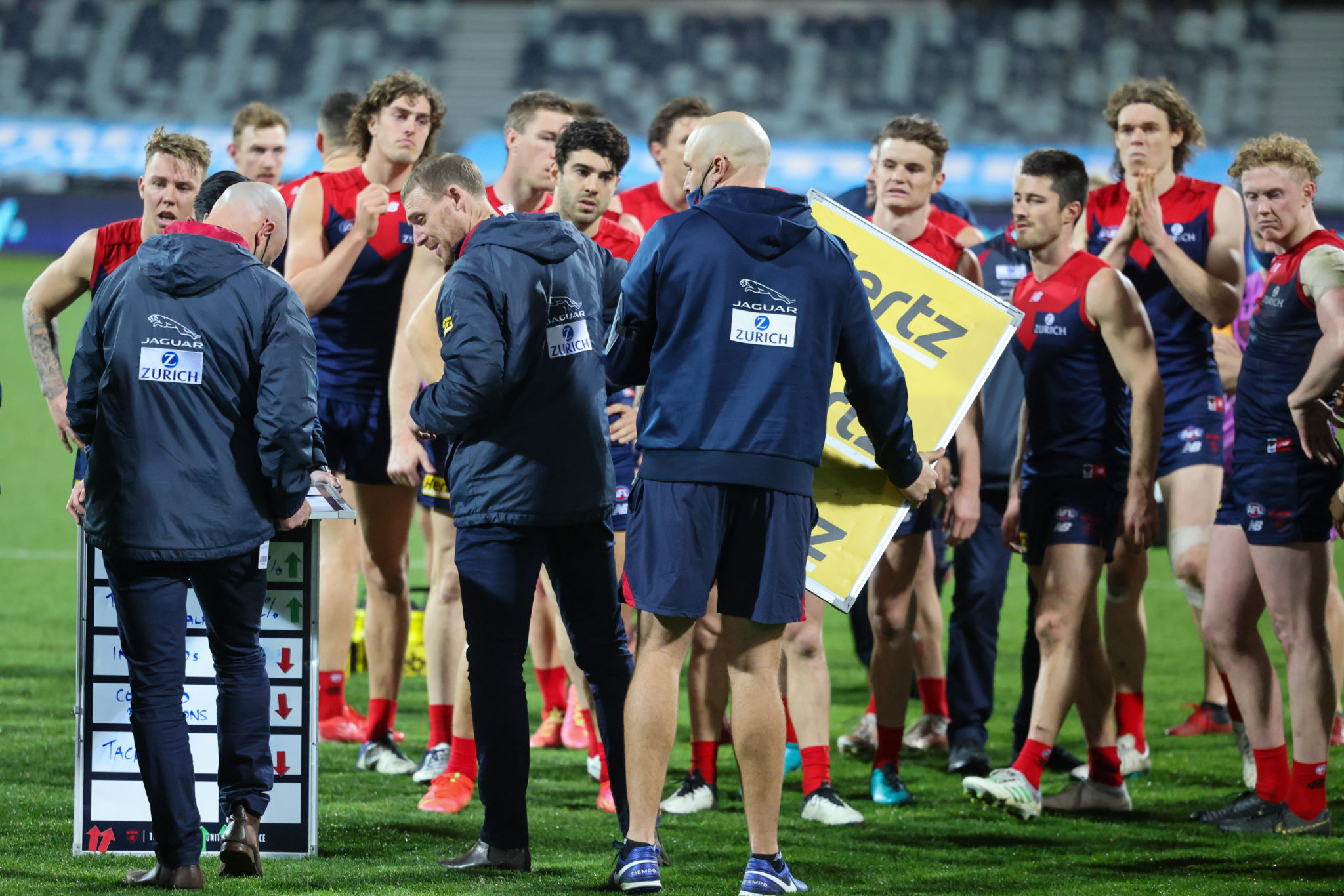 MELBOURNE coach Simon Goodwin is convinced his AFL club is again on the right path towards another premiership.

Goodwin reckons it’s pointless to compare where this year’s Demons are compared to last year’s flag-winners.

But he’s buoyed by recent signs at his club ahead of Friday night’s finals- shaping away game against Brisbane.

“One thing we do know with our team is that building cohesion in how you’re playing and cohesion with the playing group that you have in the back four or five rounds of the season is really important,” Goodwin told reporters on Thursday.

“We have been able to do that.

“We have been able to keep our list really healthy the last four or five weeks and make sure they operate well together, and that is the most important thing.

“They feel physically fresh, they feel ready to go, we feel like we have been able to build some cohesion in the way we play in the last four or five weeks.

“So time will tell how that plays out.”

Sydney (60 points, 128.3 per cent) hold second spot on the ladder entering the last home-and-away round.

Goodwin said a top-four finish was proven to be important to win a premiership.

“There is no question about that, if you look at where the premiers have come from in recent times, the top four is an important place to be,” he said.

“But it’s certainly not the be-all and end-all as well.

“There’s still a lot of opportunity … we will deal with it post-Friday night and see where we sit, but we’re confident in our game heading in.”

But the Demons coach maintained his club’s recent finals experience, including last year’s drought-breaking flag, was of immense benefit.

“The players are very smart, they know the stakes are there,” he said.

“And we have been in this situation for a lot.

“The key thing to do in this situation is to really understand what it takes to execute under pressure.

“And we have spent a lot of time in that space in the last two years as a footy club and have been able to execute.”