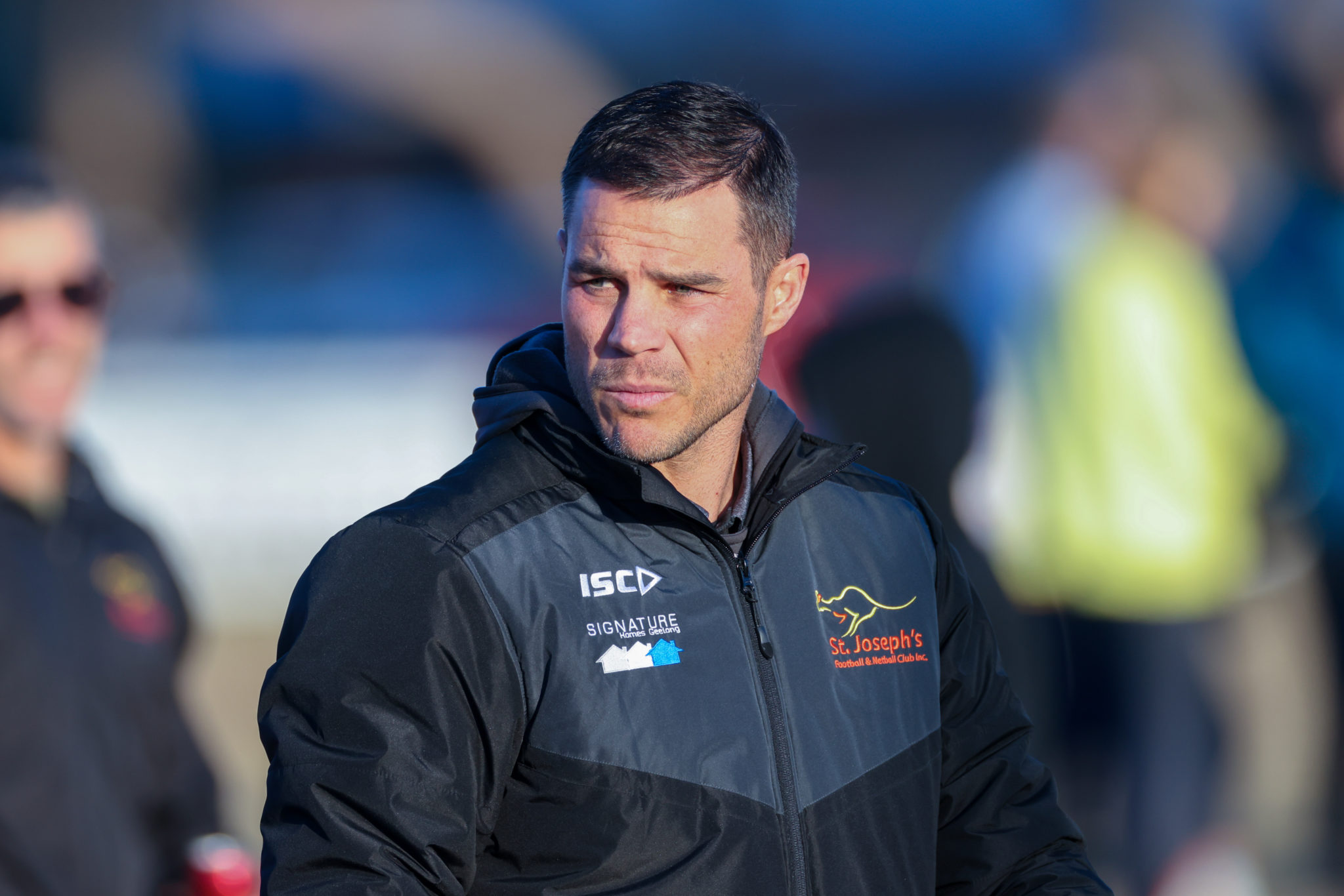 ST JOSEPH’S coach Paul Carson is the first to admit that how to approach Saturday’s clash with St Mary’s at Drew Oval isn’t an easy task.

Usually, when the arch-rivals meet, there is plenty of intensity in the contest.

However, with Joeys locked into an elimination final meeting with Leopold and the Saints claiming the minor premiership and preparing for a second semi-final in a fortnight from now, there’s nothing significant on the line.

“It’s the ultimate dead rubber, and I think both clubs probably just want to have a solid hitout and get away without any injuries,” he said.

“Do we throw things around a little bit knowing (Leopold coach) Garry Hocking will be there dissecting us with a magnifying glass?

“Or do we approach it like any other game, and work on a few things we’ve been working on over the last couple of weeks and fine-tune some things, and try and get some confidence and momentum?”

“It’s a great opportunity to play, arguably, the best team in the competition in the lead-up to the finals.

“The scoreboard’s irrelevant, but it’s more about process and confidence and momentum, I think.”

Jordan Muhor has been recalled, with Lewis Antonac to miss after he had his wisdom teeth removed on Friday, and is expected to play in the elimination final.

Key forward Cal Mitchell will be given another eight days to overcome a minor shoulder issue.

Meanwhile, St Mary’s will again be without captain Jack Blood.

However, he will be right for the Saints’ first final on September 3.