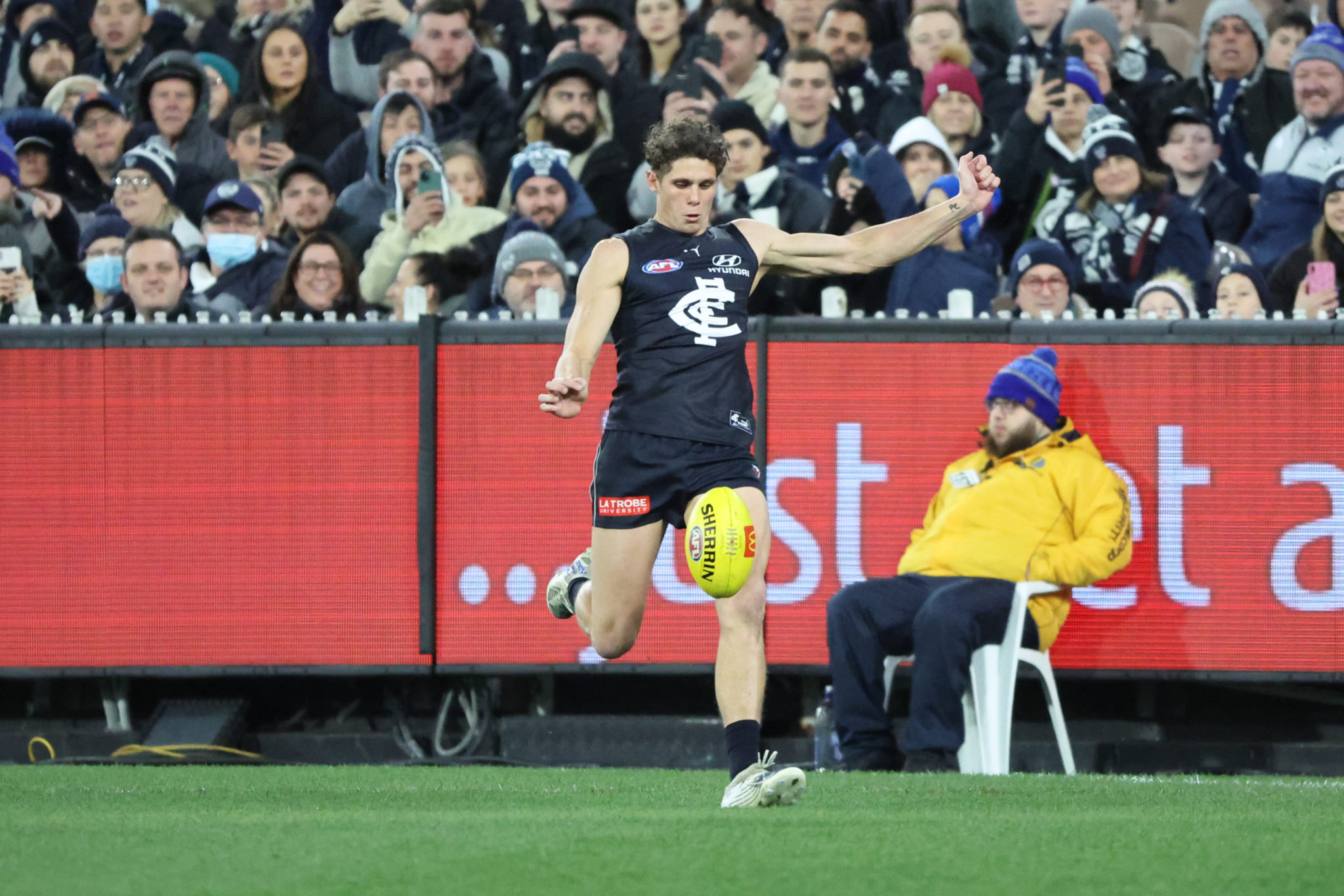 AFTER fearing he may never play AFL again, Carlton star Charlie Curnow has earned a monster six-year deal and is on the verge of a first Coleman medal.

The rejuvenated forward is locked in at Ikon Park until the end of 2029 following a career-best season.

Curnow has played a major role in the Blues fighting for their first finals appearance since 2013.

It has been a remarkable revival for Curnow, who did not play for more than two years as he struggled with serious knee problems.

The 25-year-old is simply grateful to be playing for the Blues again.

“It’s just something I didn’t think I’d maybe get back to but to be back here now and enjoying very moment, it’s really special,” Curnow said on Friday.

“There’s always doubts, I guess you always know you can do it, but there’s definitely doubts some things might not go your way.

“But you can’t look long-term in those situations, you’ve just got to keep you head down and do what you can to get back.

“You try to look at ways to enjoy the game when you’re not playing so I’m really happy to find myself in this position and repay those years out back to the fans.”

The former first-round draft pick had shown glimpses of his potential before his injury setback but is delivering for Carlton in ways they only dreamed of.

He leads the AFL’s goal-kicking table on 62, ahead of injured Geelong star Jeremy Cameron (59) and fellow Cats ace Tom Hawkins (55).

If Curnow picks up the Coleman medal he will follow Blues teammate Harry McKay, who picked up the honour last year.

It would be the first time in 121 years different players from the same club have won consecutive VFL/AFL goal-kicking titles.

“I bounced a few ideas off him (McKay) during the week about it, he’s been a great sounding board,” Curnow said.

“The main goal is playing finals, and that’s where all my focus is going.”

Curnow’s signature comes as Carlton prepares for a must-win clash with arch-rivals Collingwood at the MCG on Sunday.

Carlton will secure a drought-breaking finals berth if they defeat the Magpies, but the Blues have to rely on the Western Bulldogs losing to Hawthorn if they fall to Collingwood.

Up to 90,000 are expected to be in attendance at the MCG for one of the most eagerly anticipated home-and-away matches in recent times.

“It would obviously mean a lot to this football club (if Carlton plays finals) and to our awesome fans out there,” Curnow said.

Image: Charlie Curnow has re-signed with Carlton until the end of 2029. (Sports Media Image/Marcel Berens)