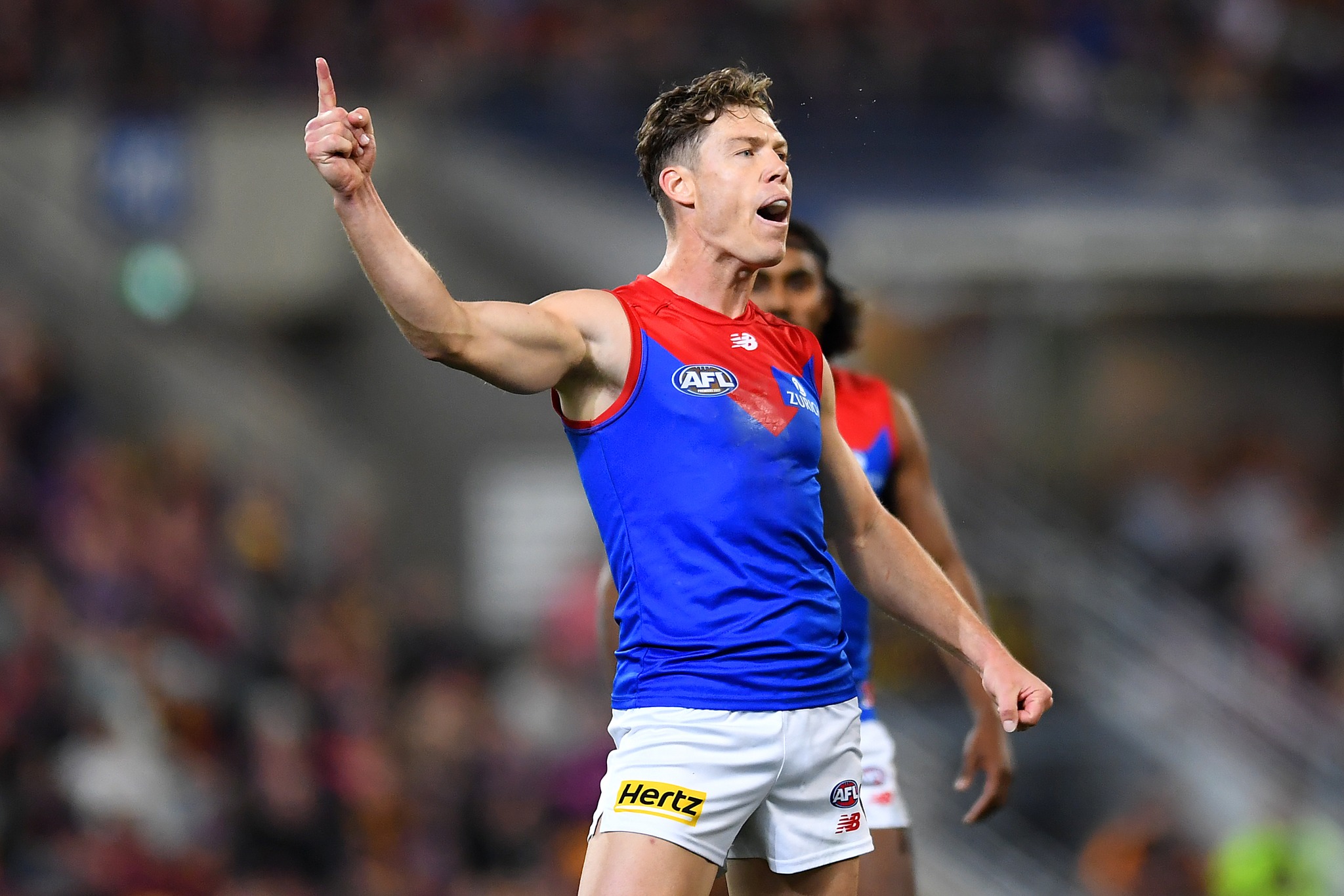 RUTHLESS Melbourne has flexed its premiership muscle to put itself in the box seat for a top-two finish with a 58-point AFL mauling of Brisbane in Friday’s clash at the Gabba.

Boosted by a four-goal display from Kysaiah Pickett, the premiers simply blew away the Lions on their own turf in what was essentially a top-four shootout, sauntering to an 18.7 (115) to 8.9 (57) victory.

The win lifts Melbourne to second on the ladder and holding a percentage edge over third-placed Sydney, who take on St Kilda on Sunday.

Brisbane’s top four hopes are now hanging by a thread with a win to either Collingwood against Carlton or Fremantle against GWS this weekend to cost them a finals double-chance.

If both the Magpies and Dockers win they’ll leap above Brisbane and send the Lions to sixth on the ladder heading into finals.

As well as Pickett, Bayley Fritsch scored four goals while Ben Brown had three majors, and Christian Petracca booted two in a display by the Norm Smith medallist that included 23 disposals, five inside 50s and a match-high 10 score involvements.

Angus Brayshaw and Clayton Oliver picked up 27 and 30 disposals each, while Steven May was a dominant force at the back against Brisbane’s potent forward line.

There was a late concern for the Demons however, with Luke Jackson subbed out in the final term with a knee injury while Harrison Petty was caught on camera in tears at three-quarter time.

Joe Daniher and Hugh McCluggage kicked two goals each for the Lions, while Lachie Neale was valiant in defeat with 29 disposals, six tackles and four clearances.

Adding to Brisbane’s woes, Cam Rayner was placed on report in the first quarter for a sling tackle on Brown, which left the Demon needing treatment for a bloodied nose.

Midfielder Jarrod Berry was also subbed out in the final quarter after succumbing to an ankle injury picked up earlier in the match.

In front of a sellout Friday night crowd of 32,172, the Demons set the template when Pickett kicked his first goal just 20 seconds into the match.

Melbourne had three goals on the board and was 20 points clear when a Daniher long bomb finally got the hosts on the board 13 minutes in.

Down by 31 at the first turn, Brisbane kicked the first goal of the second quarter through Dan McStay but from there it was all one-way traffic as the Demons kicked seven unanswered goals.

The fortunes of the two teams were highlighted when a hopeful kick by Petracca took a wicked bounce over a Lions defender and over the goal-line in the rout.

By halftime, the Demons had charged to an unassailable 66-point advantage.

Brisbane rallied with two early goals at the start of the third term but the Demons extended their lead to 70 points at the final turn.

Lions football manager Danny Daly and his Melbourne counterpart Alan Richardson had a heated discussion during the three-quarter time break shortly after Petty’s outburst, with Lions captain Dayne Zorko apologising to the Demon after the match.