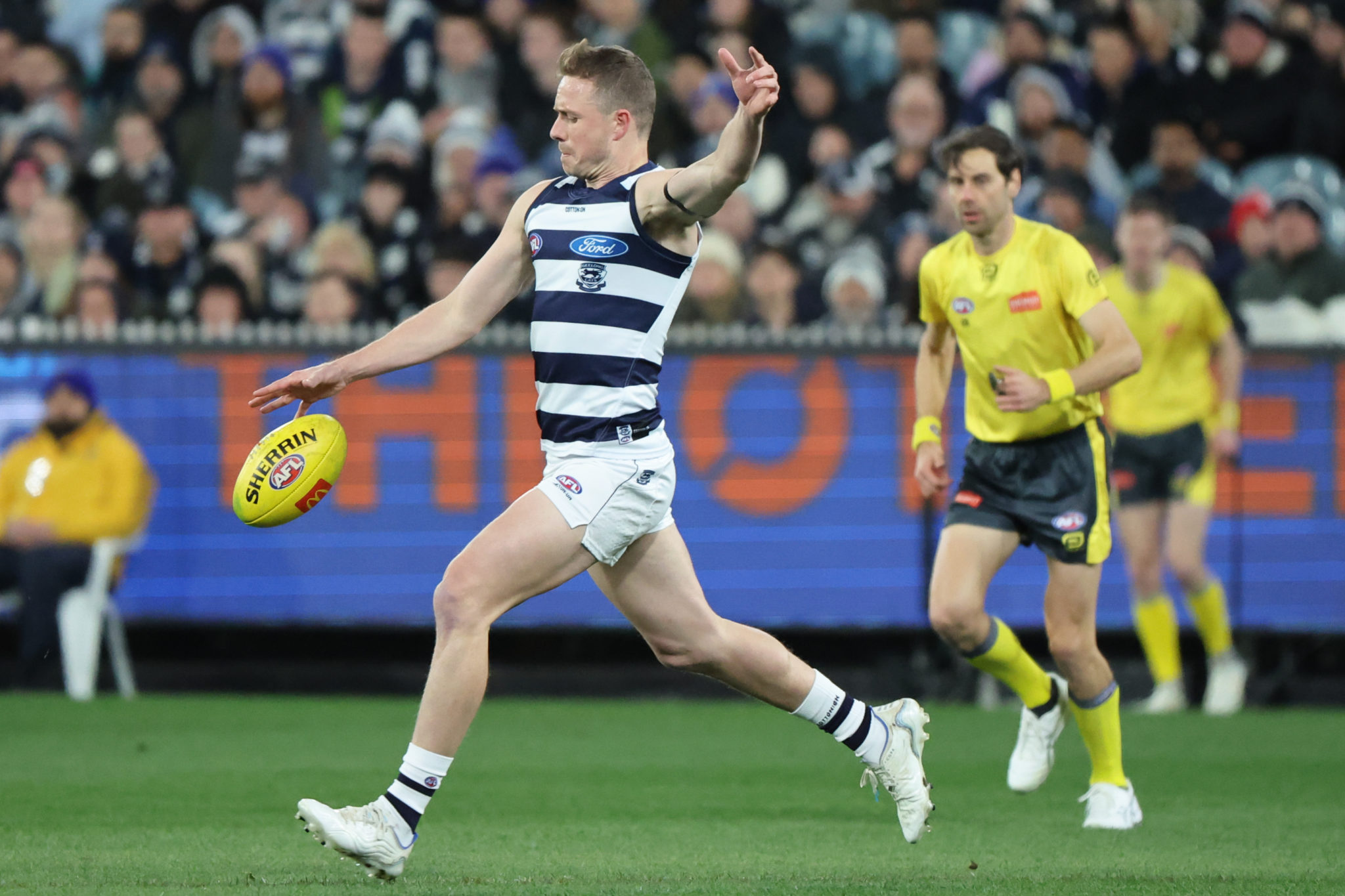 GEELONG is confident Mitch Duncan to be right for the first final after confirming the classy half-back won’t play against West Coast this afternoon because of a hip concern.

Duncan was managed out of last week’s win over Gold Coast along with Isaac Smith and Mark O’Connor.

However, eyebrows were raised when the 31-year-old wasn’t named for the clash with the Eagles.

“We are taking our time and the opportunity to get Mitch right for two weeks’ time.

Duncan looms as one of four inclusions for the qualifying final, with Jeremy Cameron (hamstring), Rhys Stanley (adductor) and Tom Atkins (managed) also missing the match-up with West Coast.

Geelong made two changes on top of O’Connor being elevated into the 22 for Saturday’s game, with Smith back and Esava Ratugolea returning for his first AFL match since suffering an ankle injury in Round 3 that eventually required surgery.