Now for a premiership medal 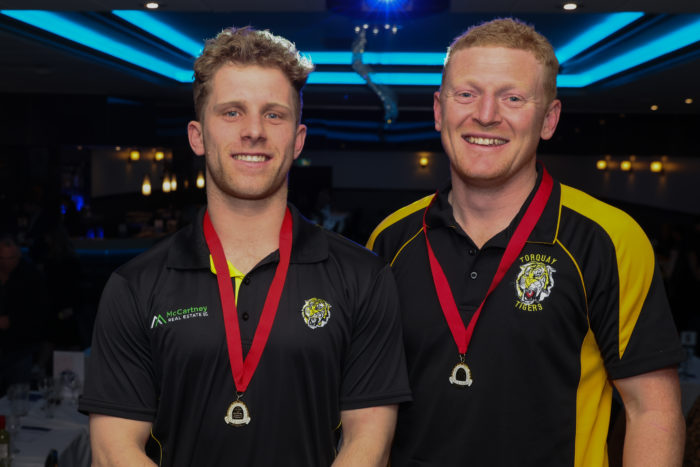 JAMES Darke quickly turned his focus to winning a second premiership with Torquay in the moments following his Les Ash Medal success on Wednesday night.

The Tigers midfielder joined Modewarre icon Josh Finch as the only four-time medal winner in the BFNL’s 51-season history.

However, while others raved about the 27-year-old’s feat, he is well aware of what else can be achieved in 2022, starting with Saturday’s second semi-final against Barwon Heads.

“(I’ve) got to narrow the focus – try to stay in the present with things,” he said.

“I think if you look too far ahead, straight away, it’s going to bite you.

“Barwon Heads were awesome on the weekend against Drysdale, who are a really good side as well.

“But they just moved the ball so well, so I think our first task will be putting pressure on that and trying to stop them.”

Darke said developing his leadership had also helped with his consistency.

He polled in 11 games, which included seven best-on-ground performances.

“We’ve got a really good young core that’s 20, 21, like Sheldon Ham making the Team of the Year,” Darke said.

“This year, there are three or four more of those who are nearly as good as him.

“Building that leadership and continuing that team culture.

“We had a great year last year but didn’t get to finish off.”

Darke admitted it was hard to comprehend what he had achieved.

“I tried not to come into the night with any expectation,” he said.

“But, I guess after you’ve won a few, you get a bit of noise around you.