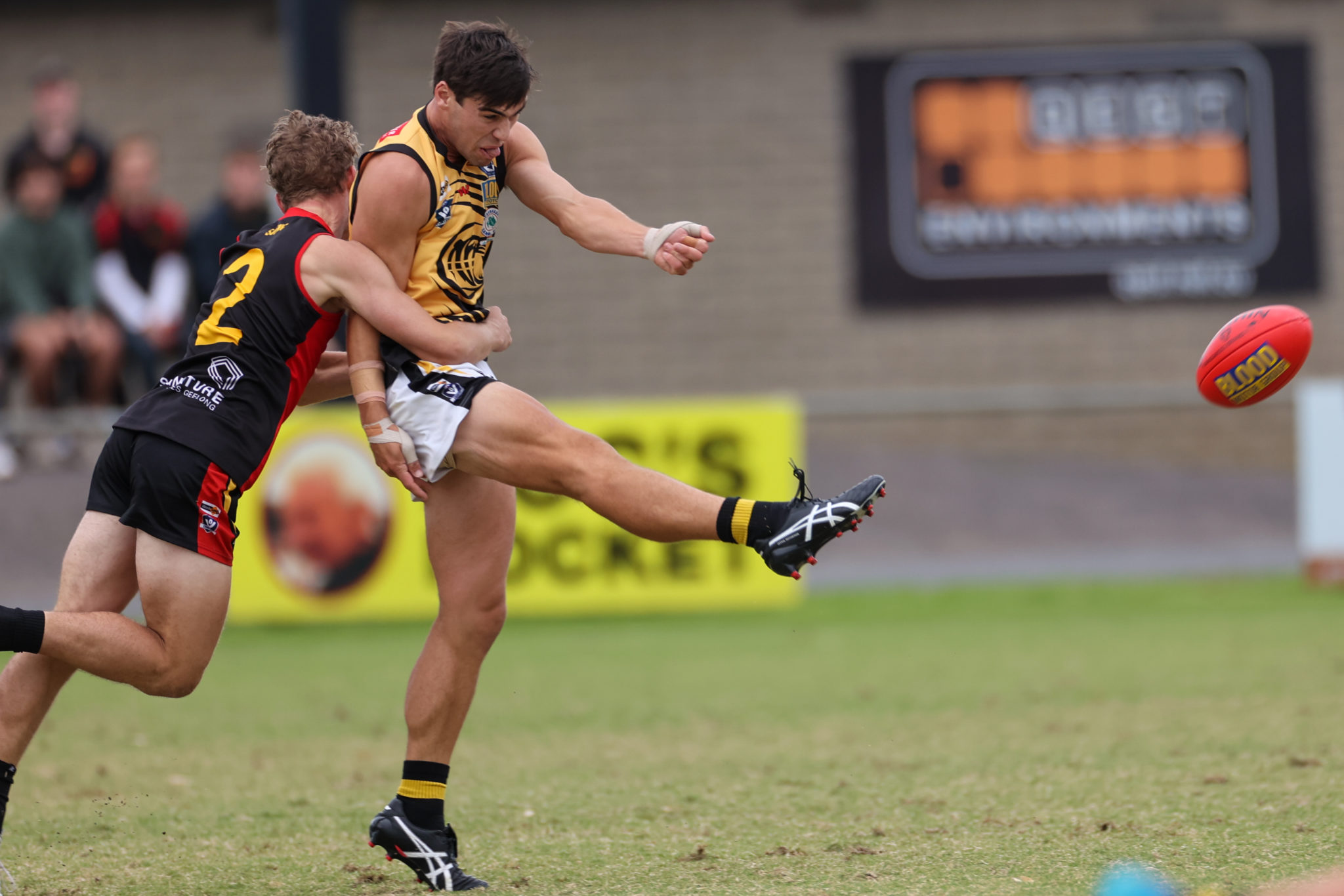 COLAC will again be without captain Jack Melican for today’s final home-and-away game against South Barwon after suffering an ankle injury in last week’s win over Newtown & Chilwell.

Tigers co-coach Rowan McSparron confirmed the reigning Team of the Year full-back has been wearing a moon boot as a precaution.

“We’re just trying to keep him off it,” McSparron said.

“Jack can be his own worst enemy because he’s as tough-as-nails and a determined footballer, and as the leader of our football club, he wants to be out there all the time.

“Putting him in a moon boot and restricting his movement should have him right for the first final.”

The absence of Melican and the likely return of Tobyn Murray and Will McLachlan to the Geelong Falcons will be offset by some big-name returns.

Ruck Henry Walsh, midfielder Leigh Gorwell, forward Luke Hillman and the underrated Aaron Walters are all set to take on the Swans.

“Cooper Stephens will be close; we’re just going to monitor him and make sure he’s right,” McSparron said.

Locked into a qualifying final meeting with Newtown & Chilwell on August 27, McSparron said Colac wouldn’t be holding anything back in its preparation despite the result of the clash with South Barwon bearing no consequence on the ladder.

“It’s a tricky one. I’ve been involved in games where it is a dead rubber, and players get out there and try not to get injured,” he said.

“That’s not the way we want to play. We want to go out there and have a crack.

“I sometimes think if you out there and take the foot off, that’s when you’re more of a chance of getting injured.”