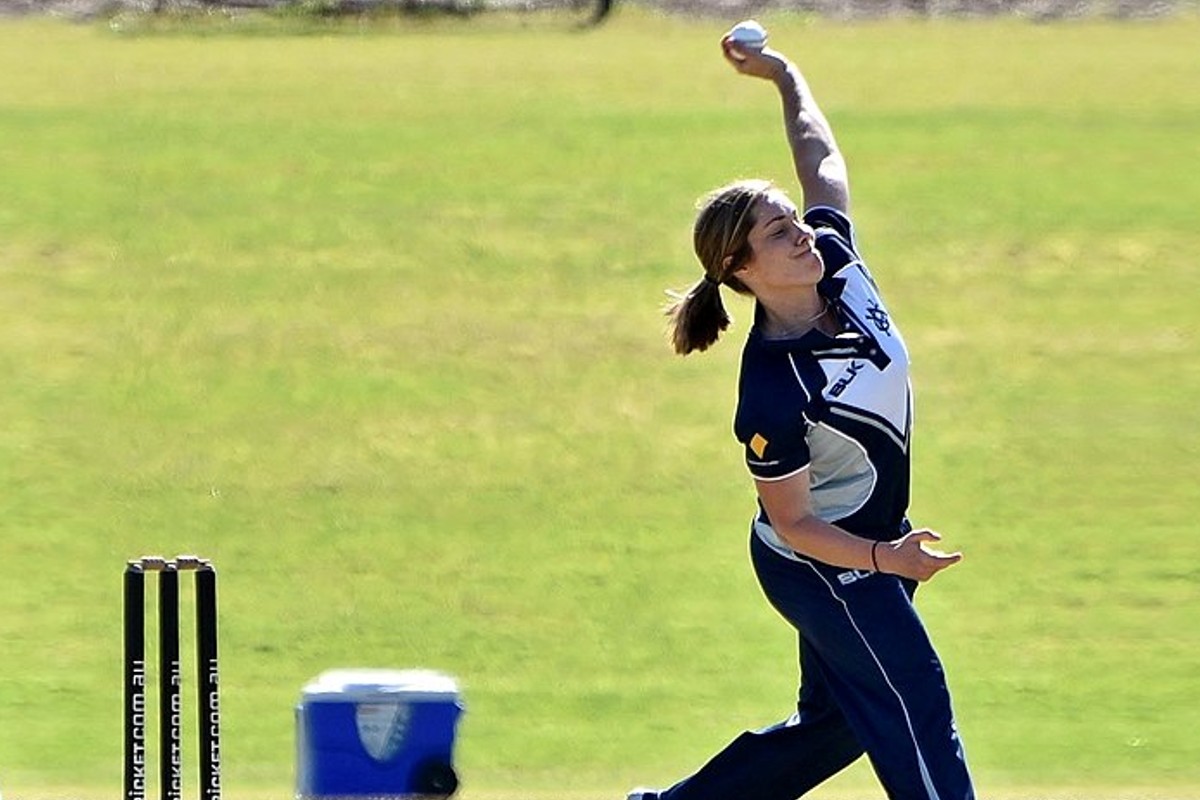 Sophie Molineux has produced some mean slow bowling to propel Birmingham Phoenix to victory in the Women’s Hundred and join the growing band of Australian matchwinners in the competition.

Molineux won her duel with star compatriot Alyssa Healy, getting the big-hitting opener stumped as the key dismissal on Friday with Phoenix going on to beat Northern Superchargers by five runs in front of a record crowd for a women’s match at Edgbaston.

Molineux, who also smashed a more than useful 24 off 13 balls in Phoenix’s 100-ball total of 4-153, proved brilliant from the start of the Superchargers’ knock, opening up with a five-ball ‘maiden’ to Healy.

She also didn’t give up a run in her second five-ball block and, with Healy now in full stride moving ominously on to 46 off 28 balls, the left-arm spinner then returned to produce the quick in-drifter that slipped past the advancing opener, who was stumped expertly by Amy Jones.

Molineux was later brought back for the key penultimate five-ball ‘over’ and, though she was clocked for a big six by Laura Wolvaardt, she got her revenge the very next ball, getting the South African caught at deep midwicket by her Aussie colleague Ellyse Perry.

The 24-year-old Victorian ended with exceptional figures of 2-11 off her 20 balls, including 15 dot balls, which effectively ensured her unbeaten team could move on to three straight wins in front of a crowd of more than 13,000.

Perry was also in fine form with the bat, unbeaten on 22 off 14 as she shared a brisk 40-run fourth-wicket partnership with Molineux.

Perry now averages 119 in this year’s event after three matches and is second in list of run scorers behind only her compatriot, London Spirit’s Beth Mooney (127).

Molineux has also joined Mooney, Alana King and Amanda-Jade Wellington among the Australian stars to have won player of the match awards in this year’s edition.

“It was a great game,” said Molineux.

“They kept taking it to us, and credit to their batting order, they kept coming at us, and we did well to hold our nerve.

“I try not to think too much (when I’m bowling at the start of the innings). Simple plans – I go back to that, and try to control my breathing and so forth.