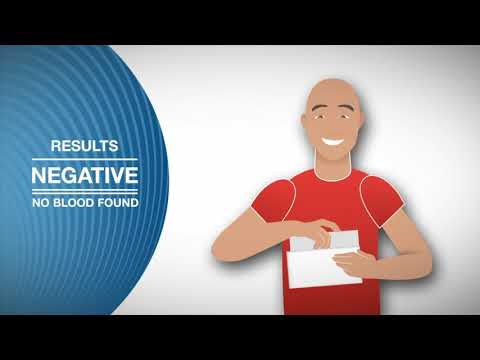 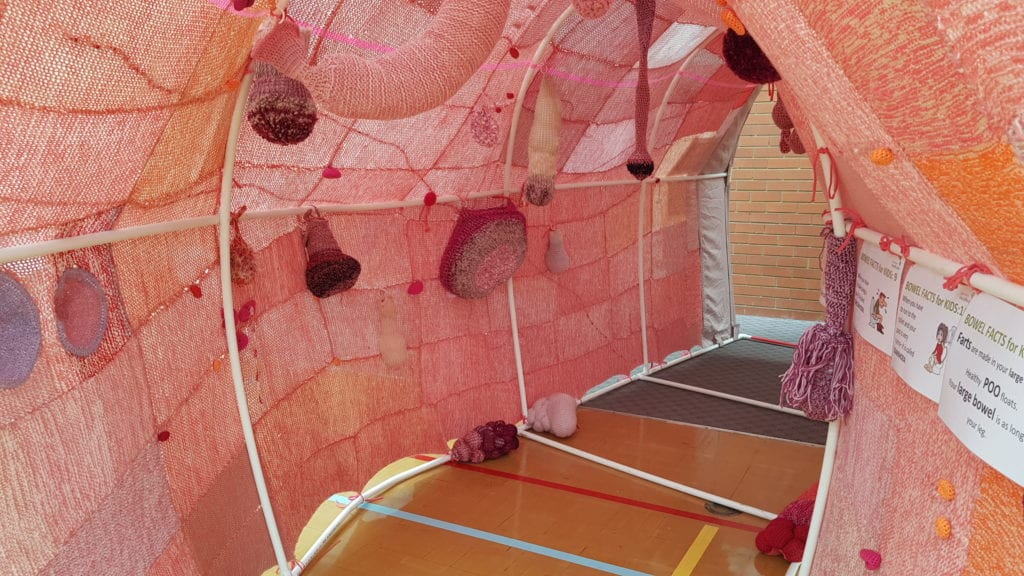 The Cancer Council is bringing a giant knitted bowel to Geelong, to encourage Geelong residents to take part in the National Bowel Cancer Screening Program (NBCSP).

To inspire the local community to Get2it and complete their bowel screening test, the Giant Knitted Bowel, consisting of 50 kilometres and 30 kilograms of wool, is being erected at the Geelong Library

Cancer survivor Claire Norman was one of the team members who knitted, sewed and decorated the knitted bowel back in 2017.

“It was originally an initiative of Allied Health workers at Southwest Healthcare in Warrnambool. The knitting itself and discussion around it helped to open conversations about bowel cancer, bowel issues and bowel testing. We hope the same will happen in Geelong this weekend,” Ms Norman said.

“It’s great that the Giant Knitted Bowel has come to Geelong. It’s a chance for people here to find out more about the large bowel and to get an idea of what a polyp, a growth or a haemorrhoid looks like, even if it is crocheted.

“As a cancer survivor, I want to encourage everyone aged 50 to 74 to do the bowel screening test. As they say, just Get2it – it’s not difficult and finding out early could save your life,” Ms Norman said.

Bowel cancer is currently Australia’s second biggest cancer killer. Every year around 15,000 new cases of bowel cancer are diagnosed in Australia. However, 90% of bowel cancer cases could be successfully treated if caught early.

Cancer Council Victoria’s Head of Screening, Early Detection and Immunisation Kate Broun said it’s incredible to think how many lives could be saved if people took the time to complete the free bowel screening test kit.

“The bowel screening test detects blood in poo, which can be a sign of pre-cancerous lesions and cancers in the early stages and often people won’t have any noticeable symptoms.

“That’s why it’s important for Geelong residents to Get2it and participate in bowel screening, even if they feel healthy,” Ms Broun said.

If you can’t make it along, check out a virtual tour here: