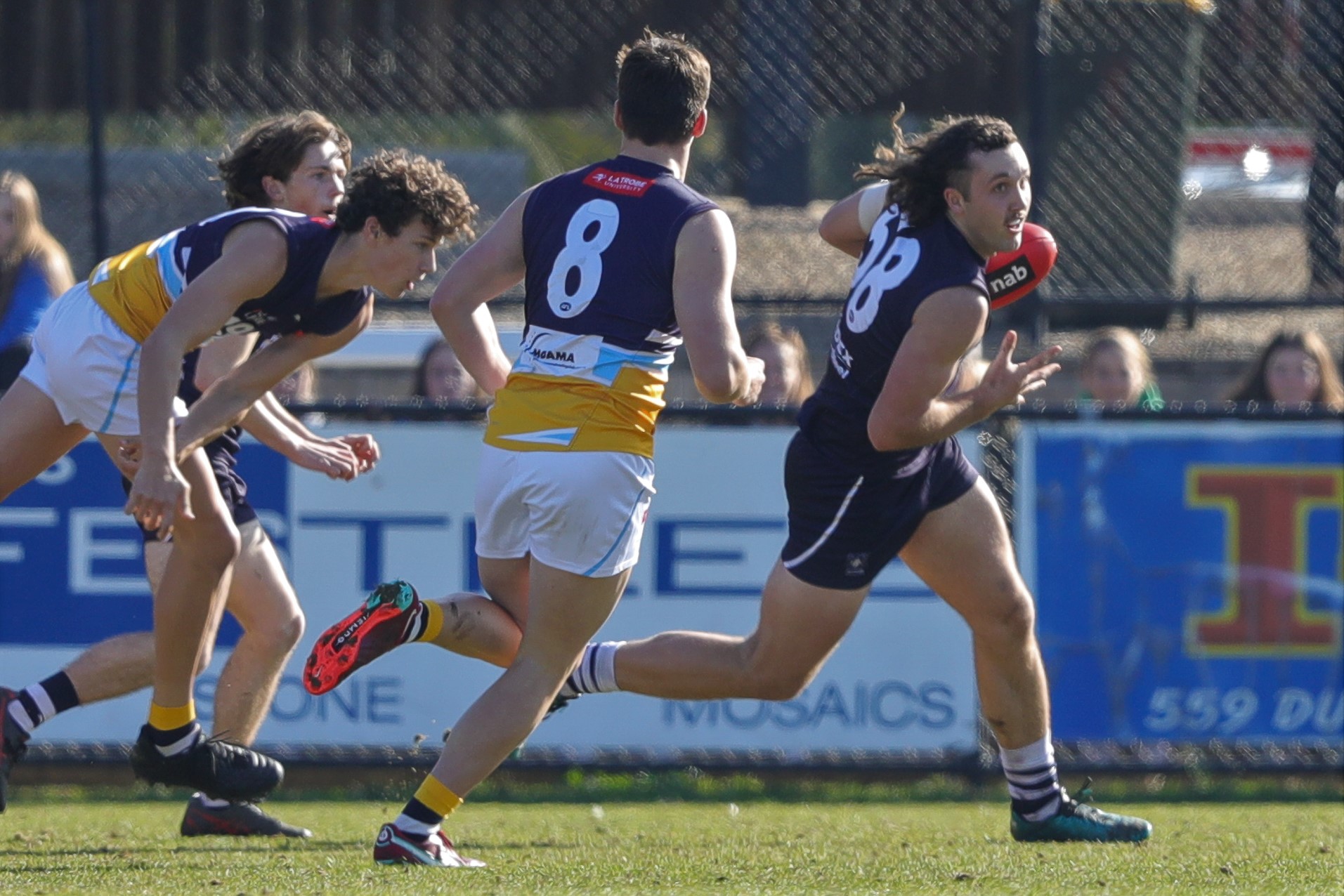 IF Geelong Falcons are to get out of next week’s Wildcard Round and make a deep NAB League Boys finals runs, they might have to do it without Tom Gillett.

The key forward, who has kicked 17 goals from just five matches, is facing the prospect of missing the rest of the season with a fractured foot.

“It got sore after the game where he kicked six (goals) against Bendigo,” coach Paul Corrigan said.

“We got it scanned, and there was a little fracture in the foot, and he’s been slowly been coming back from that while it’s been mending.

“He was just starting to hit his straps after playing some consistent footy for us.

“We’ll see how he tracks over the next couple of weeks, and, hopefully, the boys can go deep into the finals.”

However, both are expected to overcome minor issues in time for next week.

After a three-week break, Corrigan said the Falcons – who can replace the Rebels in fourth spot with a win or fall to seventh with a loss – would use the clash to fine-tune their game.

“It’s probably not a bad thing having had two weeks off just to get some consistency in our games and training over the next couple of weeks,” he said.

“Hopefully, we can put in a good performance compared to our last two against Sandringham and Western, get some momentum going into that Wildcard game.

“Hopefully, we can get through that and have a good crack at the finals.

It follows Clark and big man Oli Northam being invited to the National Combine.

“It reflects well on the program that we’ve got talent there that they’re seeing, and can get rewarded with state and national combine invites,” Corrigan said.