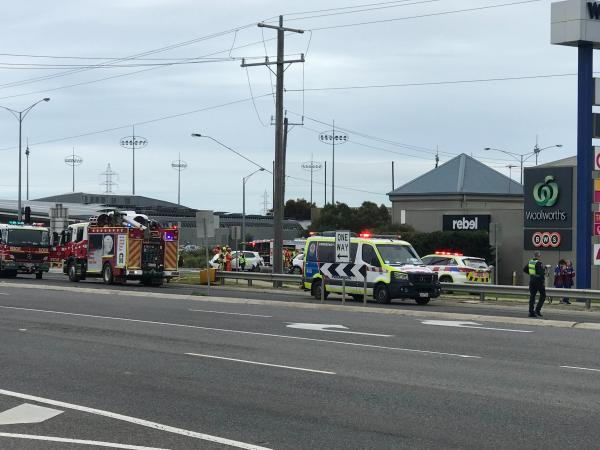 An elderly Belmont woman has died, following a crash on Wednesday.

Victoria Police believe the 88 year old was driving a white Toyota Corolla on Pioneer Road before the car mounted a median strip, and collided with a Hyundai i30, Mitsubish sedan, and a school bus all travelling in the opposite direction.

The crash occured around 3pm on Wednesday August 17.

The driver of the Corolla, and a man in one of the cars struck by the Corolla were both taken to hospital.

At the time, Ambulance Victoria listed both parties’ injuries as “non life threatening” however the elderly woman died late Saturday.

Anyone who witnessed the collision or with dashcam footage is urged to contact Crime Stoppers on 1800 333 000 or submit a confidential report online at www.crimestoppersvic.com.au