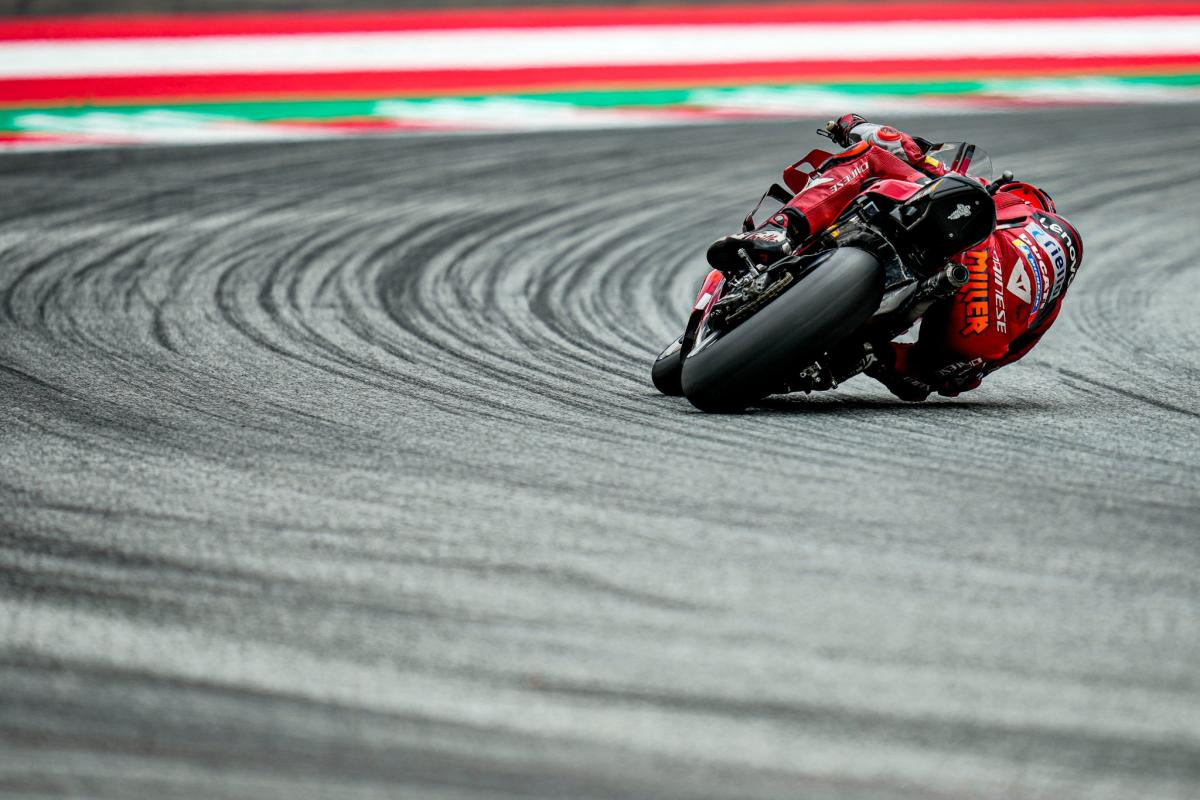 Australia’s Jack Miller has finished third in the Austrian Grand Prix but his Ducati teammate Francesco Bagnaia continued his fine form to make it three MotoGP wins in a row.

Miller briefly held the lead with 21 laps to go on Sunday, but Bagnaia quickly fought back to record his fifth win of the season – a personal best.

World championship leader Fabio Quartararo also passed Miller late on to storm to second place on his Yamaha in Spielberg.

Bagnaia, who also won the British GP and the Dutch GP, finished 0.492 seconds ahead of Quartararo; Miller, who started on the front row of the grid, was 2.163 seconds behind the winner.

“It was a long race… I did too many mistakes in the first part of the year, so it was time for me to be more smart,” Bagnaia said.

“When I looked at the gap, I tried to be very cautious with the time laps because I was sure that my pace was good enough to open the gap and in the last two laps, I just tried to be calm. I am very happy with my team, they have done an incredible job.”

Starting second on the grid, Bagnaia made a lightning start at the Red Bull Ring as he overtook pole sitter Enea Bastianini, of Gresini Racing, on the opening lap.

Bastianini dropped further down to fourth on the sixth lap, when Bagnaia’s teammate Miller and Pramac Ducati’s Jorge Martin moved up. His race came to a premature end due to a deflating front tyre after he ran his bike into the gravel.

Martin had looked set for a podium finish but he ran wide at the chicane on the 17th lap, surrendering third spot to Yamaha rider Quartararo, who started fifth on the grid.

Quartararo then piled pressure on Miller for second place and succeeded with less than three laps to go after pulling off a stunning move in the middle of the chicane at turn two.

The Frenchman now has a 32-point lead over Aprilia’s Aleix Espargaro in the riders’ championship, while Bagnaia is third, 44 points behind the leader.

Miller is fifth, 77 points behind Quartararo. Australia’s Remy Gardner, of KTM, is in 23rd place after a 20th-place finish in Austria.

After the race it was revealed that 2020 world champion Joan Mir fractured his right ankle after crashing on the opening lap.

Mir was thrown off his bike and on to the gravel at turn four. He was taken to the Spielberg medical centre and said he “feels lucky” to have escaped further injuries.

“I had a very big crash at turn four,” he said. “I lost the rear and it was a high side. It could’ve been a lot worse, so I feel lucky.

“Initial checks show some bone fragments and fractures in my ankle. Tomorrow I’ll go for further checks and an MRI to check the ligaments.”