City fight back in 3-3 Newcastle thriller 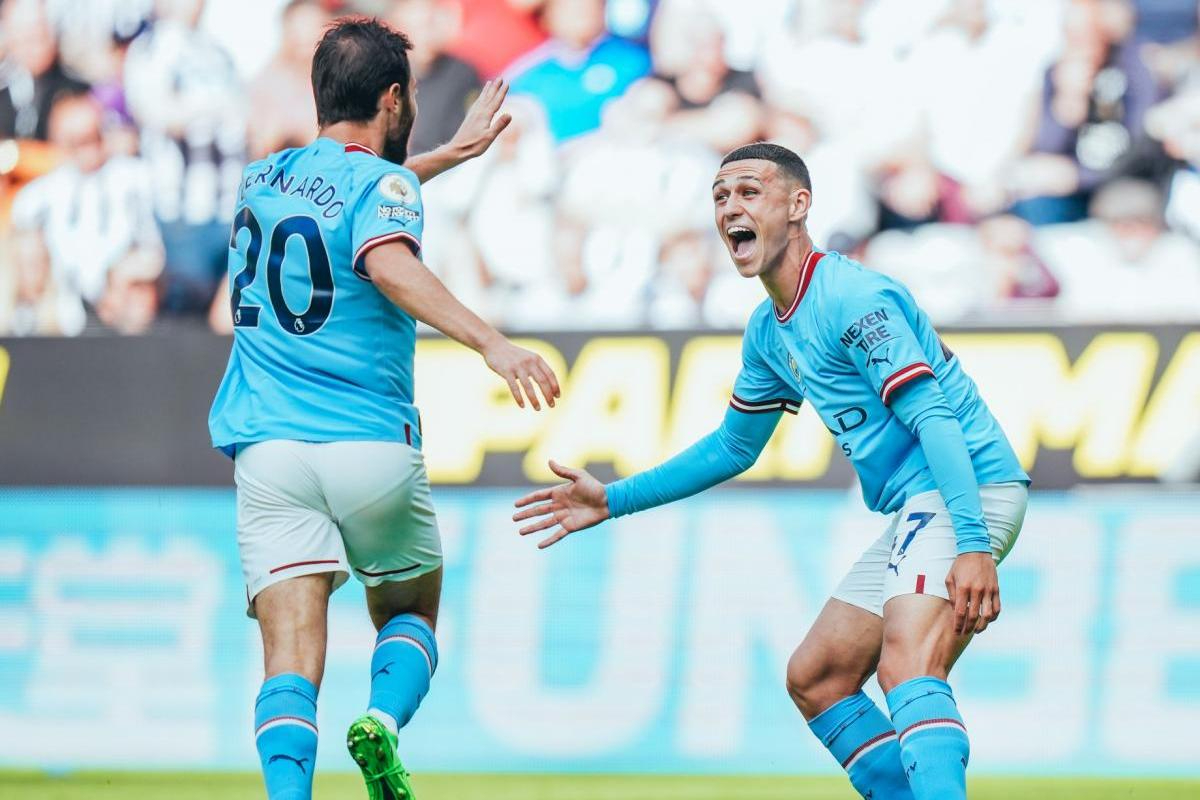 Neither side had conceded a goal in the league this season but Ilkay Gundogan opened the scoring for champions City in the fifth minute on Sunday, ghosting in to catch the Newcastle defence flat-footed.

City should have gone two up in the 16th minute when Phil Foden attacked down the right, but he chose to shoot from a tight angle rather than squaring the ball to Haaland.

The home side levelled through Miguel Almiron in the 28th minute as he bundled a pinpoint cross from Allan Saint-Maximin into the net before enduring a nervous VAR check that allowed the goal to stand.

Saint-Maximin tormented City full back Kyle Walker and he put Newcastle in position to pull off a huge upset when he set up Callum Wilson to make it 2-1 before halftime.

A brilliant free kick by Kieran Trippier nine minutes after the break put Newcastle 3-1 ahead and on course for a shock victory.

That sparked City into life, however, with Haaland hitting a post before pulling a goal back on the hour. Then Silva converted a glorious pass from Kevin De Bruyne to make it 3-3.

Newcastle’s challenge looked set to come unstuck when Trippier was shown a straight red card for a cynical high trip on De Bruyne, but after a VAR review the decision was overturned and he was given a yellow.

City dominated possession in the final stages but had to settle for a draw that left them second in the table on seven points, two behind leaders Arsenal. Newcastle are sixth on five points.

“We scored the third goal in the 64th minute, it was very early. I’m a bit disappointed we didn’t score the fourth, but still, a good reaction from the team,” Silva told the BBC.

Trippier was disappointed his side only came away with a point.

“We want to go toe to toe with them and I thought we did that throughout the match, but Man City are a top side and they have the quality of the players to get themselves back into the game,” he told Sky Sports.