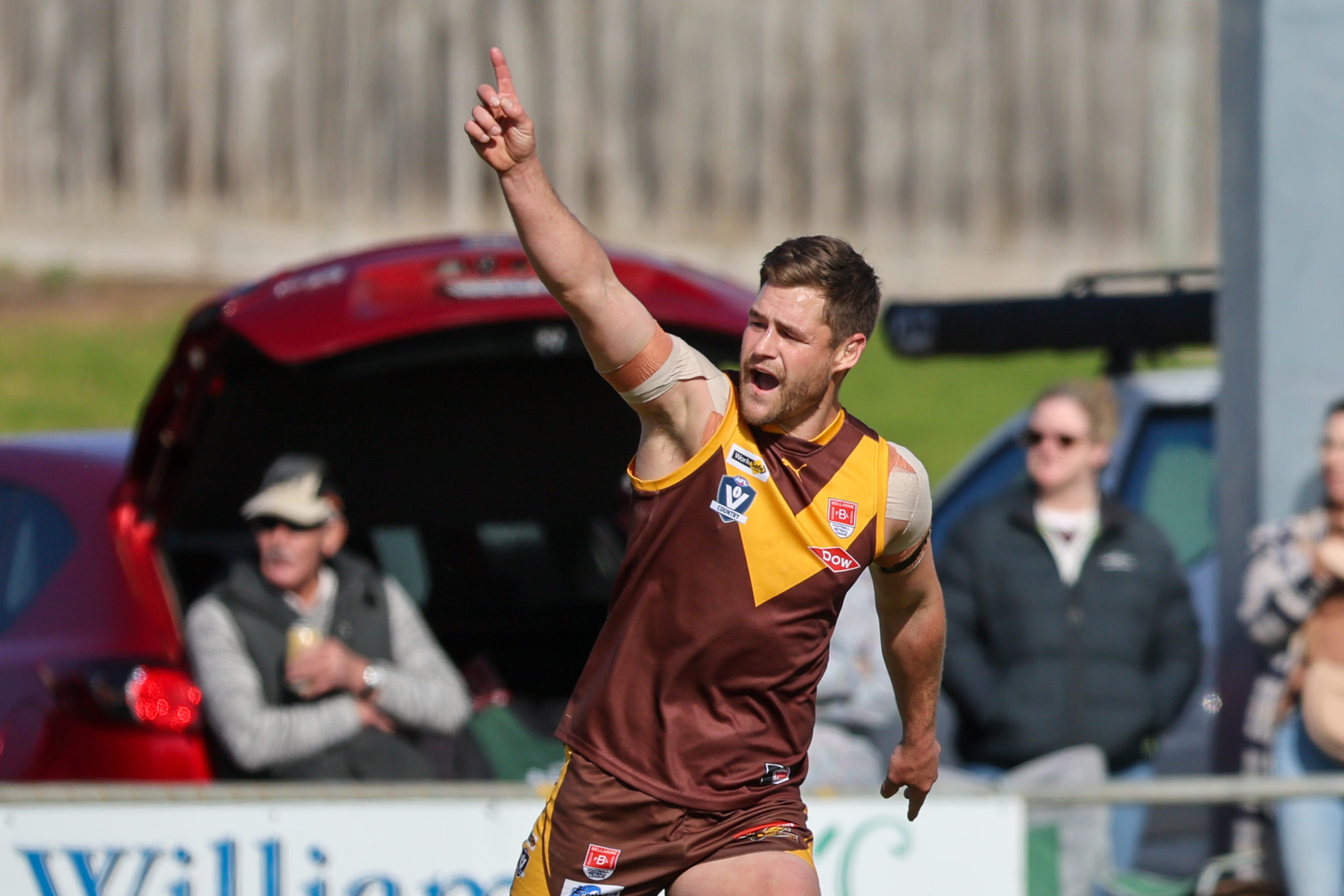 DRYSDALE is one win away from its first BFNL grand final appearance in nine years after overcoming a dogged Modewarre in the first semi-final at Portarlington’s Ron Evans Oval.

Trailing by five points at half-time, the Hawks kicked eight goals to one from that point on to claim a 10.12 (72) to 4.7 (31) victory and book a preliminary final meeting with qualifying final conqueror Barwon Heads.

“They’re a tough, contested-style football side, Modewarre, and they make you work for everything,” Drysdale co-coach Ben Carmichael said.

“They got on a bit of a run on in the back half of the second quarter off the back of our turnovers.

“They did well to get those turnovers, and they scored.”

Carmichael, who was part of the club’s last finals win in 2013’s second semi-final, says winning the ball out of the middle was crucial after the long break.

“Modewarre dominated centre clearances in the first half, and we got back on top in that midfield battle,” he said.

“And we gave ourselves more looks and more opportunities to score.”

Attacking defender Lauchie Dalgleish was a standout in his return from injury.

“His ball use off half-back and the way he reads the footy, he played really well,” Carmichael said.

“When we needed those guys, they really stood up.”

The Hawks will likely welcome back Garth, with defenders Tev Nofi (suspension) and Josh Rushton (concussion) also available to take on the Seagulls.

Modewarre coach Chris Hickey said his team was able to limit Drysdale’s time and space in the first half.

“But, to Drysdale’s credit, their mids worked pretty hard,” he said.

“When the ball was in motion around the ground, I thought they probably outnumbered us, particularly in the third quarter.

“I think that’s what turned the game. We were just struggling to even up the numbers or just a second off.

“That’s credit to Drysdale; they worked really hard in that part of the game.”

Defenders Morgan Fenton and Darby Schilder did all they could to hold off the Hawks’ second-half wave.

“Morgan was outstanding, and Darby was, too,” Hickey said.

“I think that’s probably Darby’s best game of the year.

“Morgan showed how good of a defender and how close-checking he is.

“And I thought Lachie Warburton did a pretty good job again on Billy Beardsell.”