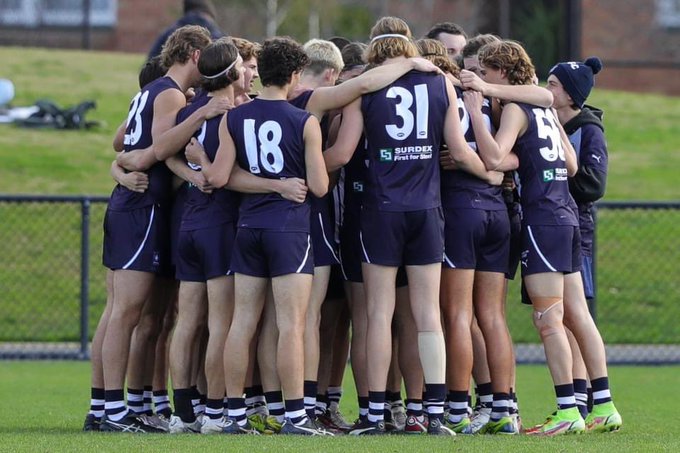 THE Geelong Falcons will enter the NAB League Wildcard Weekend off the back of three consecutive losses following a last-round defeat by the GWV Rebels in Bendigo.

After kicking five goals in the first quarter at QE Oval to open up a 30-point gap on the Rebels, the Falcons, who dropped to fifth spot with the loss, could manage just two more majors for the contest.

“Our execution probably let us down, especially when we had the breeze in the third quarter; we kicked 1.7 and didn’t capitalise on the scoreboard.

“We were three-and-a-half goals up at three-quarter time, and they overran with us some pretty good kicking in the last quarter.”

Despite the defeat, Corrigan had positives to take away ahead of the clash with the Western Jets at Ballarat’s Mars Stadium on Saturday.

“Our starts in the last couple of weeks have been a bit average,” he said.

“I think we kicked four points to start with, but then we hit the scoreboard with a few goals and had a pretty handy break at quarter time, which was nice.”

Corrigan was also pleased with the performance of the Falcons’ defensive unit, with the likes of Tom Bartlett, Hamish Pierson, and Angus Hastie all impressing.

Patrick Hughes and Ted Clohesy, who made his VFL debut for Geelong last week, were string in the Falcons’ midfield.

The Falcons should welcome back skipper Jhye Clark, leading goalkicker Euriah Hollard, and big man Joe Pike for the knockout clash with the Jets.