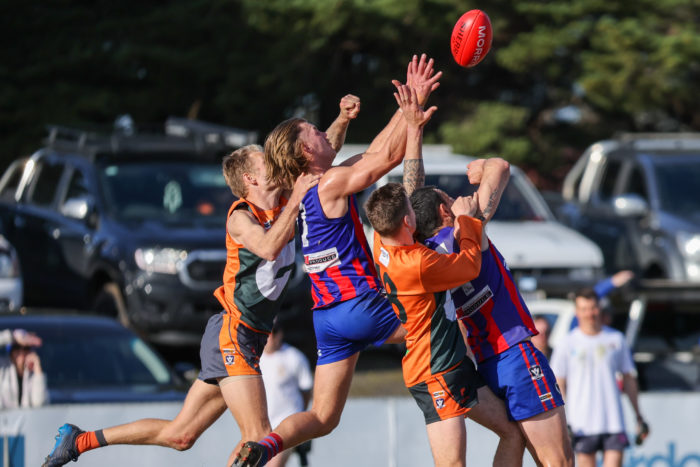 BELL Post Hill has kicked the last five goals of the contest to book a first semi-final berth after overcoming Geelong West in the GDFNL elimination final at The Gordon TAFE Oval by 45 points.

The Panthers took a 36-point lead into half-time after a six-goal to none second quarter, but the Giants were able to eat into the deficit with the aid of the breeze in the third quarter to get back within 16 points.

When Blake Dye kicked his fourth goal for West to cut the margin to under two goals, the match appeared set for a grandstand finish.

However, after Giant Josh Taylor was denied a goal after running too far with the ball, the experienced Panthers were able to wrestle momentum back and storm to a 14.10 (94) to 7.7 (49) victory.

“We knew that 5-10 minutes of the last quarter they were going to come,” coach Justin Tarr said.

“It was just about staying composed and making sure we matched their intensity and we could lift ourselves.

“I was really pleased with the way we fought back.” 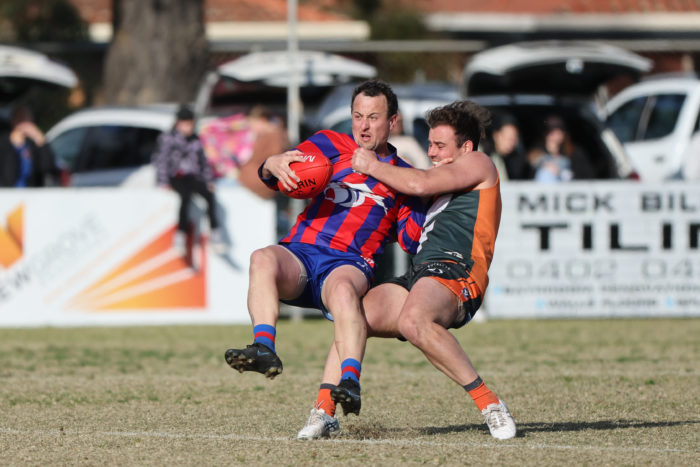 Tarr was full of praise for captain Jack Yates playing as an undersized ruck against Geelong West star Jye Bohm for the majority of the contest.

“He wasn’t supposed to be in there for that long,” Tarr said.

“Timmy Barton’s copped a pretty big cookie, so we lost the ability to put him in there.

“Bohm hasn’t played much footy this year, and we thought Yatesy could do some damage around the ground.

“That’s why he’s our captain.” 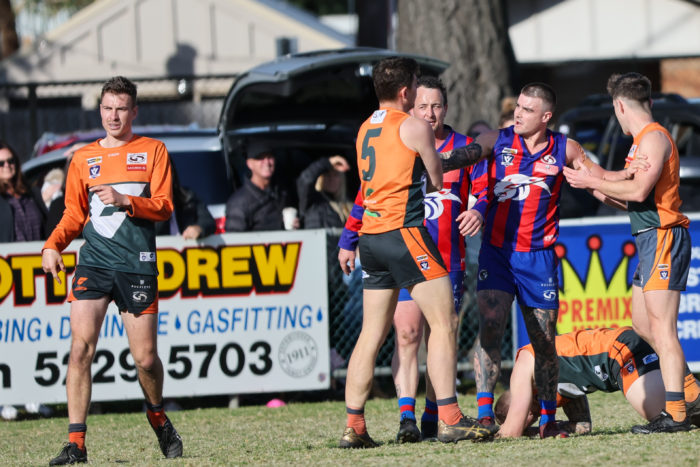 West coach Mitch Wight said after being unable to get enough of a lead after having the first use of the wind, a scoreless second quarter caused too much damage.

“That second quarter was probably the difference, and then the way they finished the game off,” he said.

“They smashed us around the footy, and that was pretty much where it was won and lost, in the midfield, I thought.

“And we got whacked on the outside. (Matt) James was a handful.

“It was really tough day in there for the boys.”

League-leading goalkicker kept alive his slim hopes of kicking a century of goals after moving to 88 off the back of a five-goal haul.

At the other end, Dye finished with four in a breakout season that finished on 76 goals.

He was the Giants’ best player along with Taylor and Lachie Turner.

James, Ford and premiership quartet Adrian Fantella, Caleb Bacely, Beau McNamara and Dylan Witney all showed why how much the Panthers love playing at The Gordon TAFE Oval.

“It’s good to have that experience to be able to talk them through it … they’re just so calm, and it rubs off on the other guys.”

Barton’s corkie to his iliotibial tract (IT band) isn’t expected to keep him out of the semi-final meeting with Bannockburn.