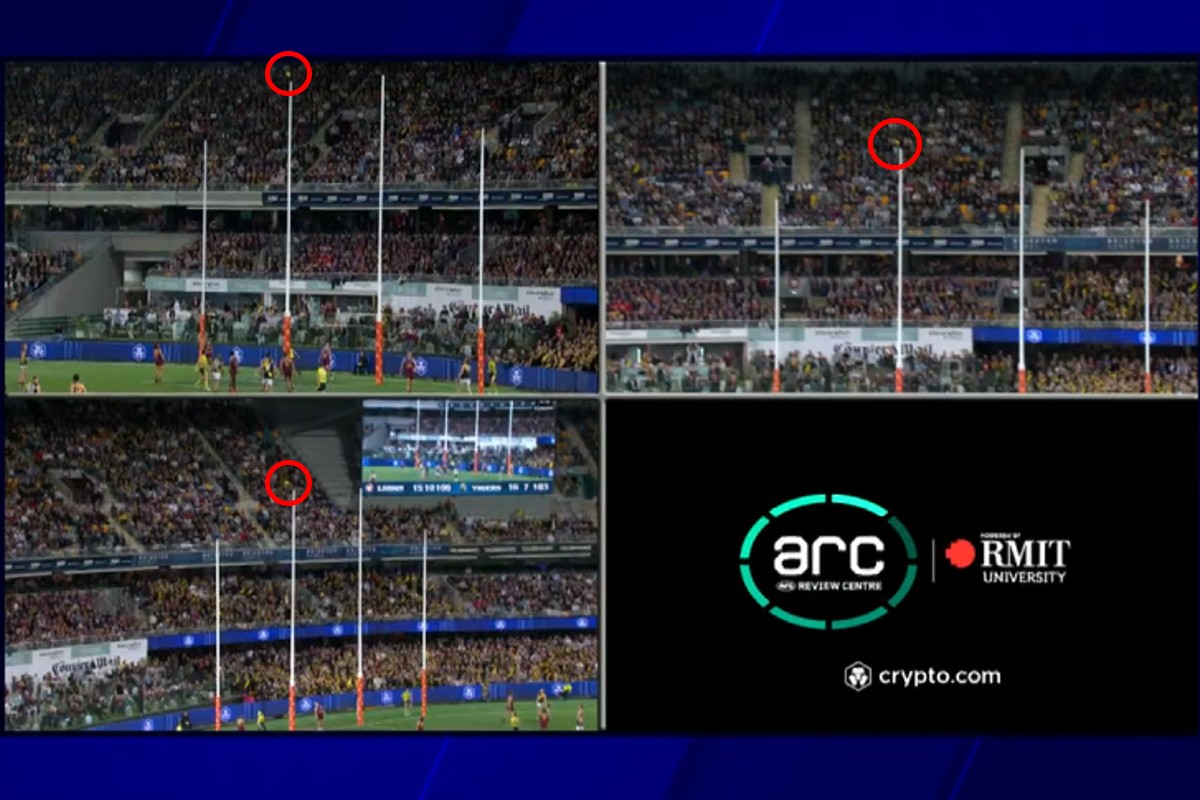 Controversy has marred the first final of the AFL 2022 season with the AFL Review Centre (ARC) making a decisive call to overturn the on-field goal umpire’s call of goal.

The Tigers traveled to Brisbane to face the Lions at the ‘Gabba, and faced a see-sawing game with 17 lead changes.

With 2:37 remaining on the clock, Tom Lynch took a mark in the forward pocket.

The kick from the sideline could have pushed the Tigers out to a nine-point lead, however, the right-foot banana never looked convincing.

The goal umpire asked for a review, with his belief it was a goal, but the ARC took just 20 seconds to overturn the on-field decision, putting the Tigers just four points ahead of the Lions.

“He goes the banana and he has kicked… a point”

“I think he’s missed. It’s a behind, the umpire down there (called it a goal)”

“How can you possible adjudicate on that? If he’s called it a goal you cannot say, one way or another off that vision, anything. That is so inconclusive”

Those sentiments shared by Channel 7

Brian Taylor: “This has gone that high over the goal post”

Richo: “The definitive angle was Lynch’s response, I reckon”

ARC umpire: “Review complete. Looking at these angles, we can see the crosses the line over the top of the goal post”

Taylor: “Wow that depends on the angle and the gy- I don’t know about that”

Richo “That’s a massive overrule though, a big overrule. ’cause the umpire called it a goal”

90 seconds later, Joe Daniher put the Lions in front for the final lead change of the match, after a Richmond spoil landed the ball at his feet, a soccer through to put the Lions up with just over a minute to go

The win puts the Lions through to face the loser between Sydney and Melbourne, while Richmond’s season is over despite entering the finals on a strong run

Brisbane was hampered by the loss of ruckman Oscar McInerney in the third minute with concussion, while the Tigers also had a costly loss, Dion Prestia with a hamstring injury, out before half time.

Richmond was up by as many as 16 points in the third term, before two late goals put the Lions up heading into the final break.

The lead would change a further four times before Daniher’s toe-poke put the Lions up by two, Lachie Neale (39 disposals, 21 contested possessions, 15 clearances) making a crucial tackle to seal the game in the final seconds

Hugh McCluggage starred with 26 disposals , while Dan McStay also stepped up to the role of ruck after McInerney was subbed out.