Bottom-four curse can be broken: Bellamy 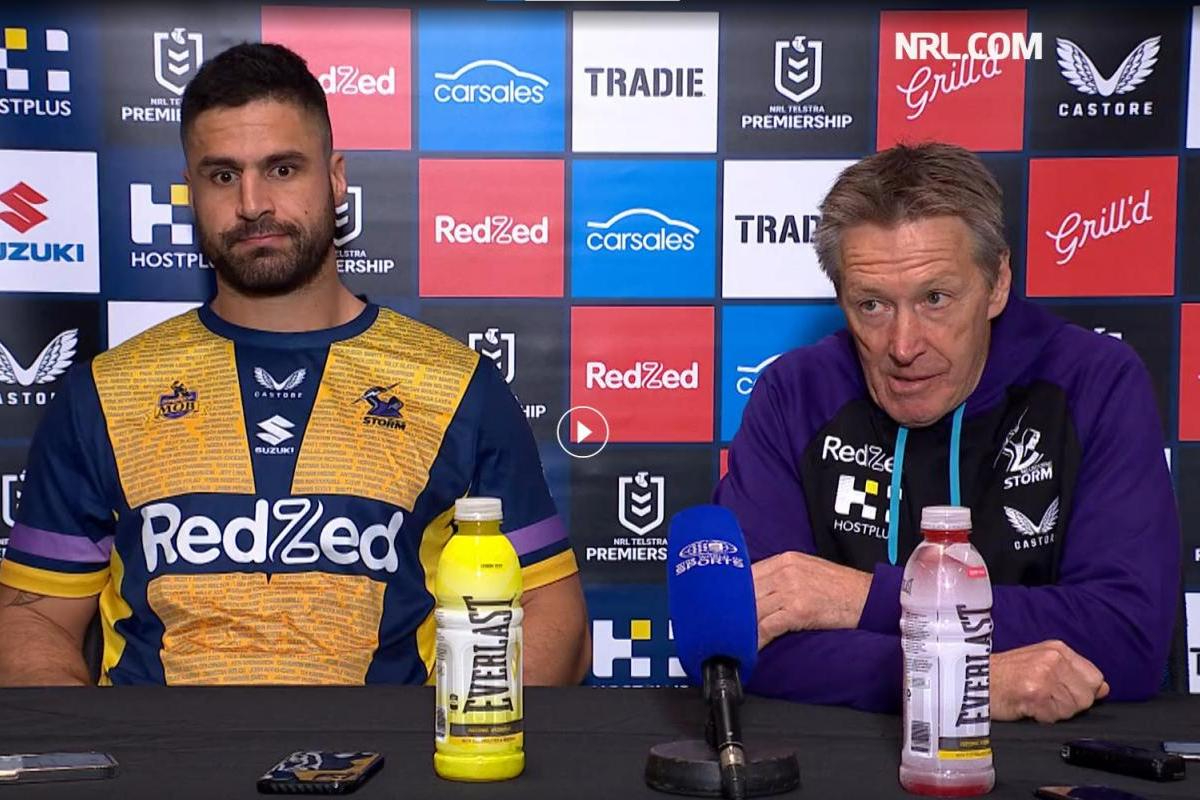 Melbourne coach Craig Bellamy believes it’s inevitable a team will one day win the NRL from outside the top four, with three of the NRL’s genuine contenders all bound for elimination finals.

The Storm’s 22-14 loss to Parramatta on Thursday night left them outside the league’s top four for just the second time since 2006 with a do-or-die month of football ahead.

The Sydney Roosters and South Sydney also face a similar scenario, with the two arch-rivals all but guaranteed to face off two weeks in a row and in an elimination final next weekend.

History would suggest all three of the game’s heavyweights are now out of contention, with no team in the NRL era having come from outside the four to win the premiership.

But while Bellamy understands why it is so difficult to do so, he believes there is still any chance the trend can be bucked this season.

“It’s hard to do that. To win the comp, you have to win four games in a row, and the last three of them you’re travelling,” Bellamy said.

“It is difficult without a doubt, but it’s going to get done at some stage.

“There’s some quality teams this year, and there’s not a lot of difference in the teams.

“Certainly, Penrith were probably the real stand out early in the season, but there’s a lot of things that change towards the end of the season, after Origin.

“I still think there’ll be a few twists and turns that come before it all finishes.”

While no team has pulled off the feat in the NRL era, Canterbury came from sixth spot in 1995 to shock minor-premier Manly in the grand final.

In the AFL, which uses the same top-eight system as the NRL, the Western Bulldogs won from seventh in 2016 while Adelaide did likewise from fifth in 1998.

The most likely scenario remains that the Storm face Canberra in Melbourne next weekend in an elimination final, provided the Raiders beat Wests Tigers to finish eighth above Brisbane.

Canberra were able to knock over the Storm at AAMI Park in July, and have won their last four games in Melbourne dating back to 2019.

But working firmly in Melbourne’s advantage will be an extra three days’ rest on Canberra, with Storm halfback Jahrome Hughes also likely to be back from a calf complaint in time.

“The benefit of tonight is we’ve played Thursday,” Bellamy said after the loss to the Eels.

“And we won’t have to travel. So that’s our biggest benefit. Hopefully, we can use that wisely.

“The Raiders have had the wood on us, probably at home the three or four (games).

“We’ll take a couple of days to rest up and then we’ll get into our preparation and, hopefully, we’ll be a bit fresher next week.”