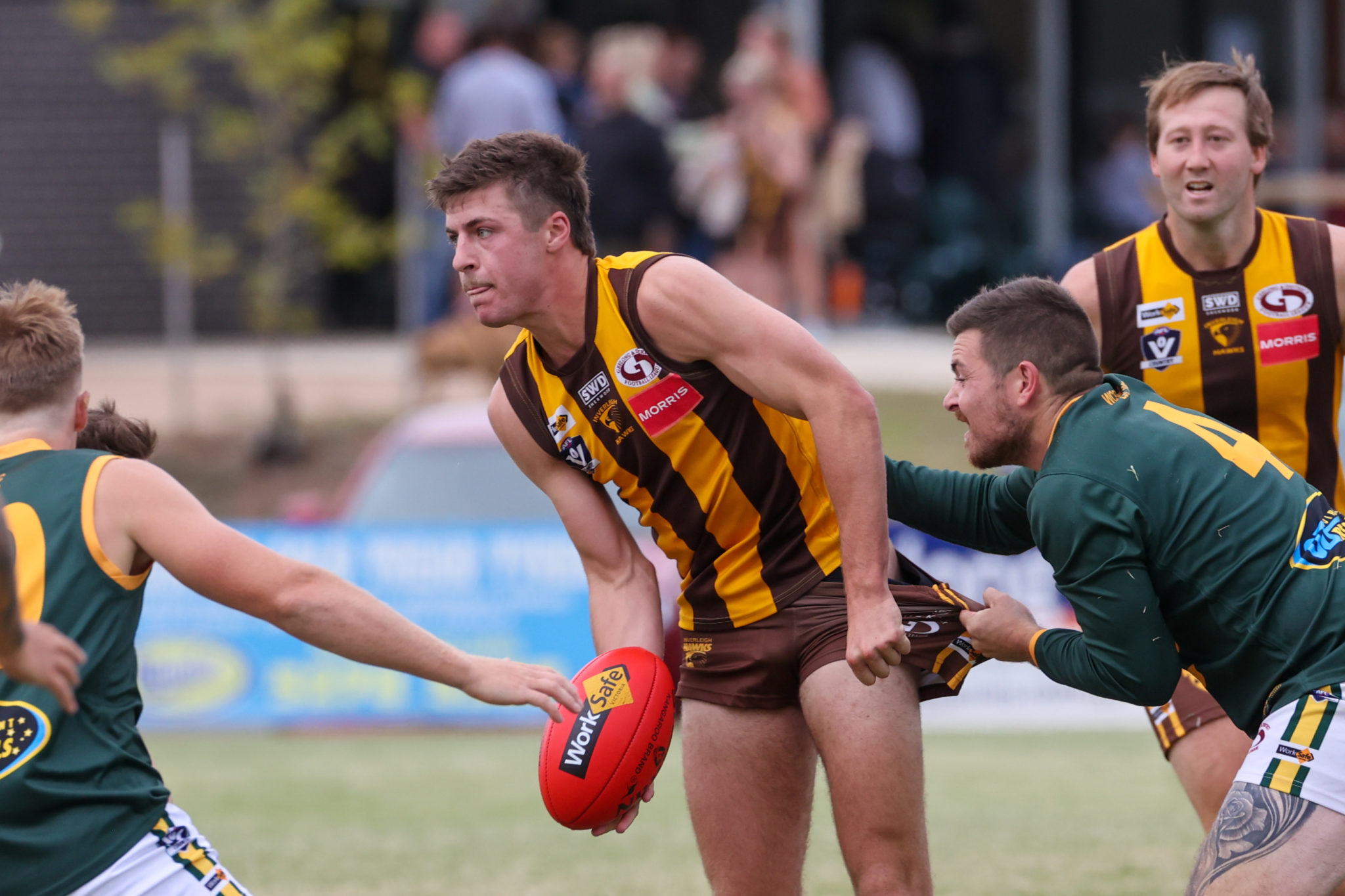 INVERLEIGH trio Fin O’Keefe, Lachie Buyel and Mat Tyquin have been cleared of serious damage and remain in line to play in next week’s GDFNL grand final.

All three failed to see out the second semi-final win over East Geelong, with O’Keefe hurting his AC joint in a solid bump by East’s Ruben Vesikuru early in the contest, Buyel injured a shoulder, and Tyquin suffered a corkie to his hamstring.

“Buyel got cleared of any break or fracture, which is a good result,” coach Adam Donohue said.

“Tyquin had a heap of bruising coming out; he’s is just a bad corkie.

“And Fin’s a bit of an AC joint, which we’ll manage this week, and he should be right to train next week.

“He may or may not need a bit of a test on Tuesday night. But he and we are confident he’ll be alright.

“His timeframe was to play in a preliminary final,” he said.

“For us to get him an extra week of fitness in is crucial for us.

Nathan Mayes (foot) is also a chance to play his first match since the Round 18 win over Thomson.

“He’s still got to get through some training and tick some boxes,” Donohue.

“But we’re confident he should be right.”

Inverleigh will train Saturday morning before heading to St Albans Reserve to see the reserves clash between the Hawks and Geelong West.

With the senior team having the week off, Mason Dickson and Dan Grozdanovski can’t play in the seconds but will train with the senior group.

“It’s unfortunate for them, but they’ve both said at least the seniors are in the grand final, and they’re holding out hope the reserves can get the job done on Saturday,” Donohue said