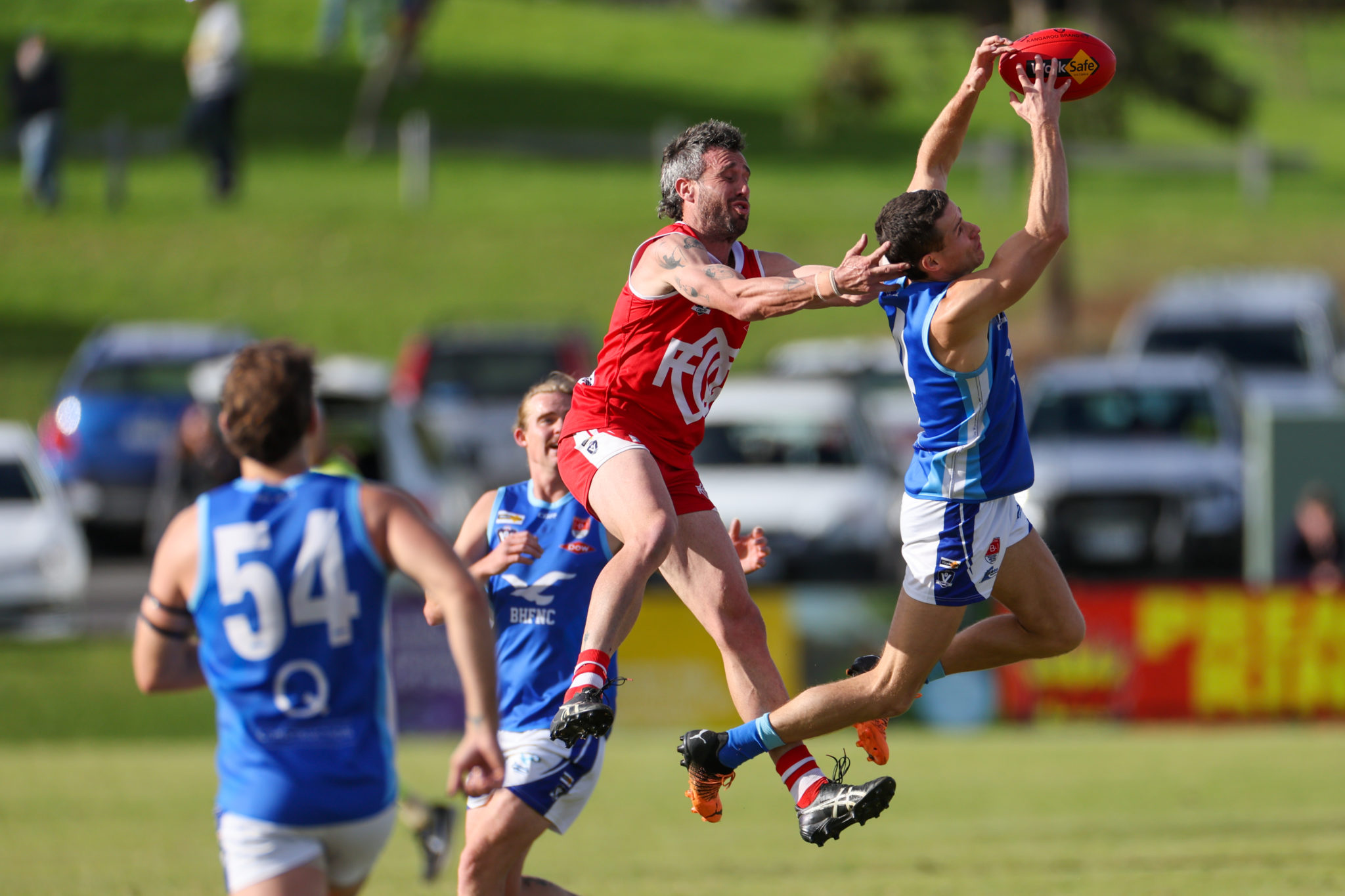 BARWON Heads is happy to take the underdog tag in tomorrow’s BFNL grand final against Torquay, according to vice-captain Jaydan McLauchlan.

The Seagulls and Tigers will meet in a Battle of the Breaks decider for the second consecutive time after contesting the most recent grand final before the pandemic struck less than six months after their 2019 battle.

On that occasion, Barwon Heads outlasted Torquay to snap a 26-year premiership drought.

However, the Tigers will start warm favourites to win their ninth BFNL flag and regain the title as the competition’s most successful club, edging one clear of Ocean Grove.

It follows a comprehensive 75-point win over the Seagulls in the second semi-final, where Torquay was never threatened after opening up a 26-point lead at quarter time.

“I enjoy going in as the underdog, for sure,” McLauchlan said.

“They’ve been the benchmark for two years now – they’ve lost one game.

“Rightfully, they’ve been labelled as the favourite, and we respect them immensely.

“We’ll take that underdog status in … we’re excited by it.”

However, McLauchlan says that won’t be an excuse this time around.

“We were really disappointed with how flat we were, and we couldn’t even tell you why. That Tuesday (and) that Thursday were super flat.

“But, being grand final week, it’s very easy to get up-and-about.

“Tuesday night was certainly a reflection of that; we were firing.”

After conceding 30 scoring shots in the second semi-final, McLauchlan expects that there will be tweaks to Barwon Heads’ defensive structure.

“I’m sure ‘Nusty’ (Donati) will have something up his sleeve,” McLauchlan said,

“We haven’t gone into details on what the tactics will be for the weekend.

“But, he’s certainly flagged that we will make some changes, so we’ll see what he comes up with.

“He’s a very astute football judge, so (I’m) looking forward to it.”

Barwon Heads has submitted a squad of 24 for tomorrow, with James Wills and Charlie Walter added to the 22 that won the preliminary final.

Wills played in the second semi-final loss, while Walter hasn’t played since suffering a hamstring injury against Newcomb in Round 15.

If Walter plays, he could join dad Matt and brother Zach as premiership players with the club.