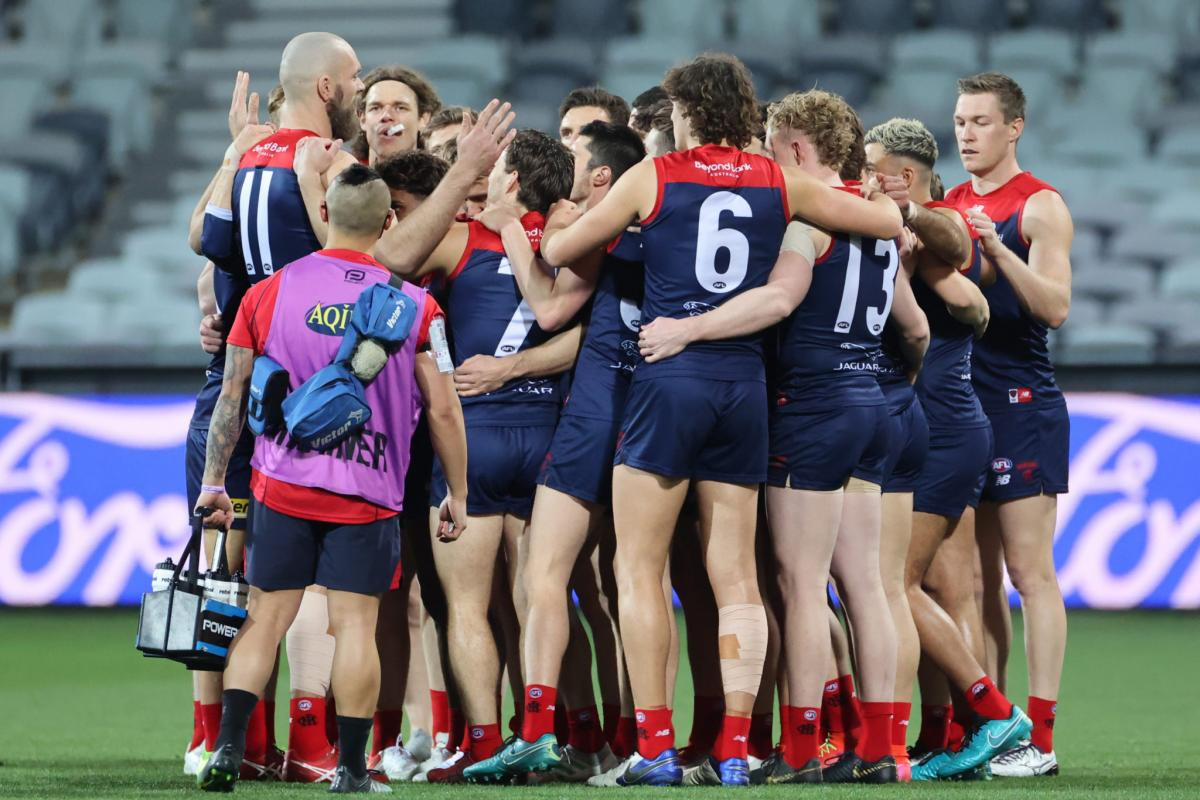 The unwitting poster boys for grand final heartbreak last year, Jayden Hunt and Jake Melksham have been lauded as driving forces behind Melbourne’s push for another AFL premiership.

Hunt played 20 games in 2021 before suffering an ankle injury in round 23 and missing the Demons’ drought-breaking flag triumph over the Western Bulldogs.

Melksham played 12 games but was overlooked for the finals, and was at the centre of off-field controversy this year when he was involved in a drunken fight with teammate Steven May.

It led to a one-match suspension for All-Australian defender May, who later apologised for his actions.

Melksham has since forced his way back into the side and has played an important role over the last six weeks in a makeshift attack without injured spearhead Tom McDonald.

Hunt and Melksham will be Melbourne’s only two players in the qualifying final against Sydney on Friday night who didn’t feature in the 2021 premiership side.

“I think those guys are the reason we are where we are right now,” Melbourne assistant coach Troy Chaplin told reporters on Thursday.

“They’re the guys that have been hungry, pushing the guys in the team to play well week in week out.

“We’ve got some real depth in our team and it’s not just guys like Jake and Hunty, it’s also guys like Kade Chandler, Toby Bedford and those guys have been putting heaps of pressure on the guys that are in the team.

“To their credit they’ve been in form at the right end of the year and they get their opportunity.

“Melky’s done some great jobs for us in the last month, Hunty’s playing some really good football after spending some time at VFL (level), so I’m excited for those two guys in particular.

“But I also know that our VFL team are performing really well and we’ve got some guys who are AFL-ready if needed.”

Hunt has played the last four games at AFL level for a tally of 18 this season and career total of 112.

The 27-year-old dasher is primed for his first finals appearance after also missing out through injury when the Demons made a preliminary final in 2018.

“Obviously I would’ve liked to have been there the last few years but it’s just all built up,” Hunt said this week.

“(My) friends and family are excited. I just can’t wait to be a part of it and hear that Dees faithful get up and about.”