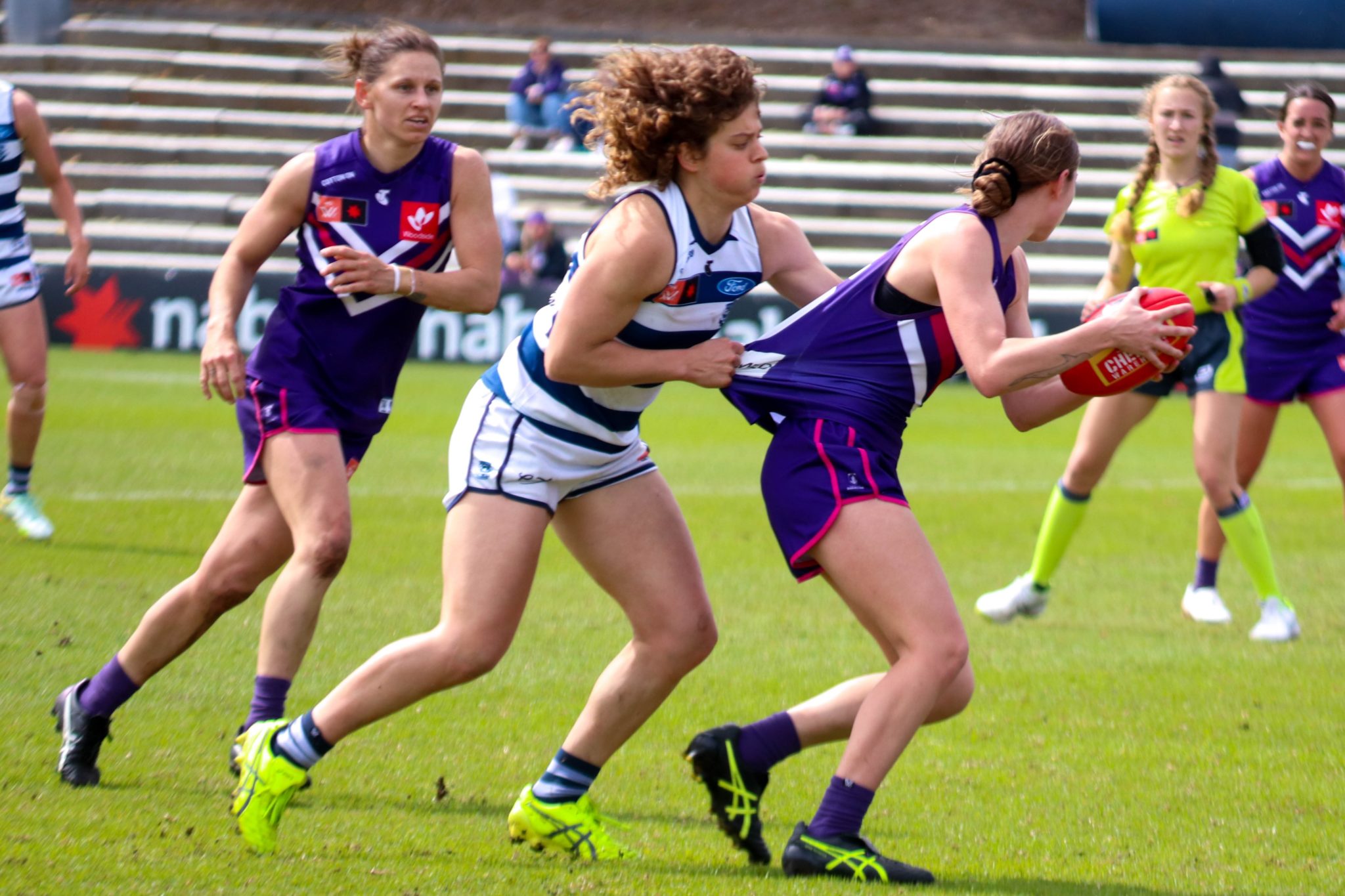 FREMANTLE recorded the lowest-ever AFLW score, registering just one behind as they were held goalless for the first time in their history in a dire 26-point upset loss to Geelong.

In a low-scoring affair in wet and windy conditions at Fremantle Oval, the Dockers’ forwards barely got a look-in as the wasteful Cats prevailed 3.9 (27) to 0.1 (1) to start their season with two wins.

Mim Strom’s final-quarter point, rushed through by the Geelong defence, was the Dockers’ only score in a deeply disappointing follow-up to their thumping opening-round loss to Brisbane.

The previous AFLW low mark was 0.2 (2), which St Kilda scored against Carlton in February and Gold Coast recorded against Brisbane in 2021.

“Very tough. We started quite well, but the group’s just lacking a bit of confidence,” Dockers coach Trent Cooper said, lamenting a pre-season hit by injury and COVID-19-related absences.

“When we couldn’t connect up forward and hit the scoreboard, when Geelong got on top, our confidence waned, and then they got a run on.

“We kept chasing, trying and tackling, but we just were too reactive, and things couldn’t happen and all credit to Geelong.

“To be honest, this definitely wasn’t a step forward in any way, and the group’s really aware of that and are keen to address it and turn it around as quickly as possible.”

Geelong’s Amy McDonald racked up the ball at will, collecting 29 disposals, five clearances and 19 contested possessions.

She was well supported by Georgie Prespakis (nine clearances and 20 disposals) and Rebecca Webster (23 disposals).

Both teams failed to score in a grinding opening term where Bowers had seven disposals and seven tackles.

But Geelong was otherwise plagued by inaccuracy and only added five points in their dominant third quarter.

They finally broke through when Julia Crockett-Grills added their second early in the final term, while Georgia Clarke added a third midway through.

Fremantle finally scored with just under six minutes left in the game as Strom’s shot was ushered through for a point.

“Rapt. It’s our first win we’ve had in WA as a club in the AFLW, which we’re super-proud of,” Cats coach Dan Lowther said.

“We came over here with a plan to put pressure on Freo and build our baseline off that, and it worked today, which was super-pleasing.”