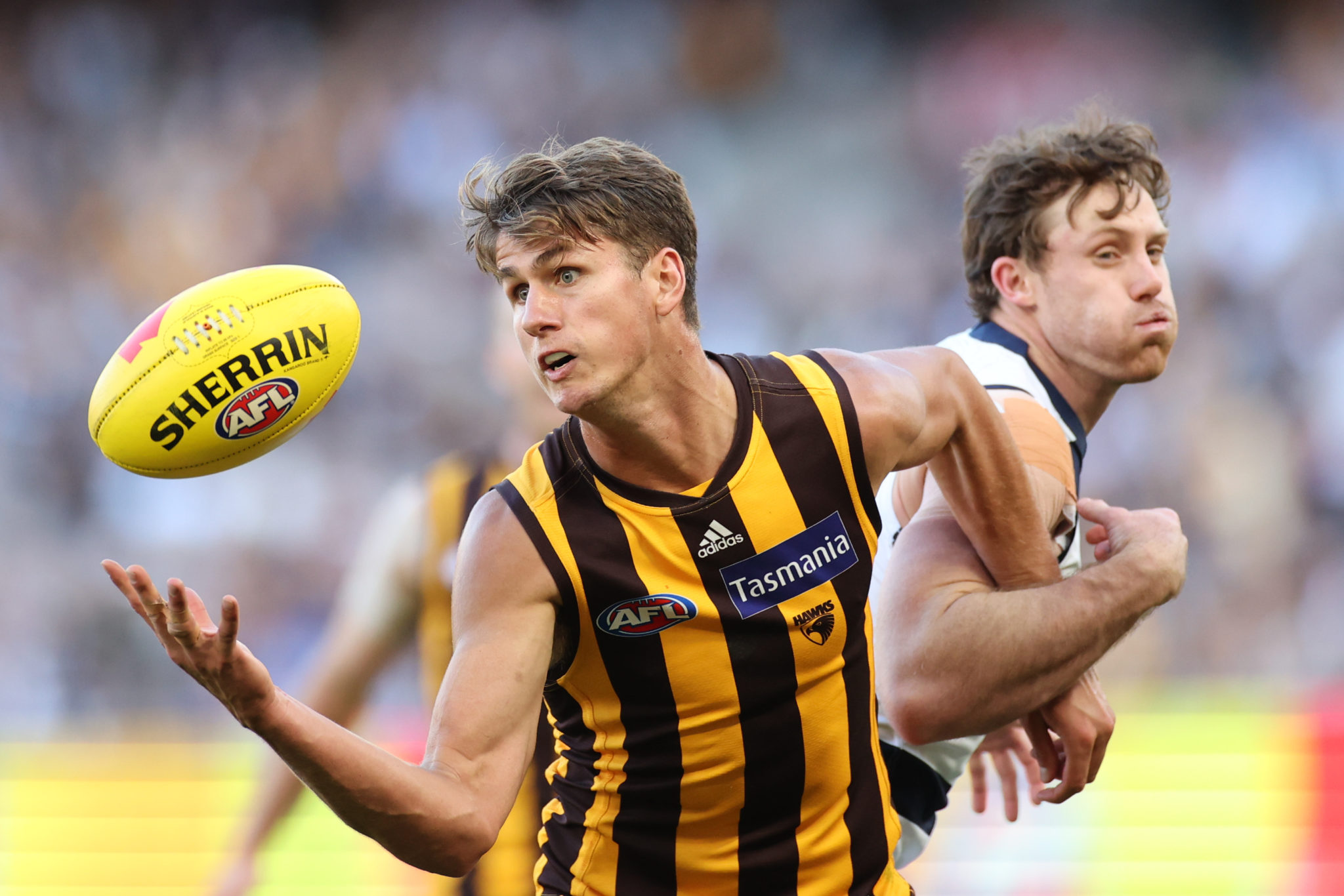 VERSATILE tall James Stewart has inked a new two-year deal with Essendon, while Hawthorn has released four players ahead of the AFL trade period and draft.

Daniel Howe, Tom Phillips, Connor Downie and Jackson Callow have all been axed by the Hawks.

The moves follow the retirement of premiership heroes Ben McEvoy and Liam Shiels.

Howe was let go after eight seasons and 97 games with Hawthorn, while Next Generation Academy product Downie (two) and mid-season rookie draft selection Callow (three) made just a handful of senior appearances between them.

Phillips played all 22 games in his first season with Hawthorn after being traded by Collingwood but managed just four this season.

Stewart played just six AFL games for Essendon this year but Bombers list manager Adrian Dodoro said the 28-year-old’s ability to play at both ends of the ground makes him a valuable asset.

“James is an experienced key position player who can use his strength to be a key target in attack or transition down back to stop opposition forwards,” Dodoro said.

“We look forward to seeing James continue to grow and develop over the years to come.”

Stewart, 28, believes his best football is still ahead of him after 78 games over 10 seasons with Essendon and GWS.

“It has been a challenging year for a variety of reasons, but I believe that this is why we play football.