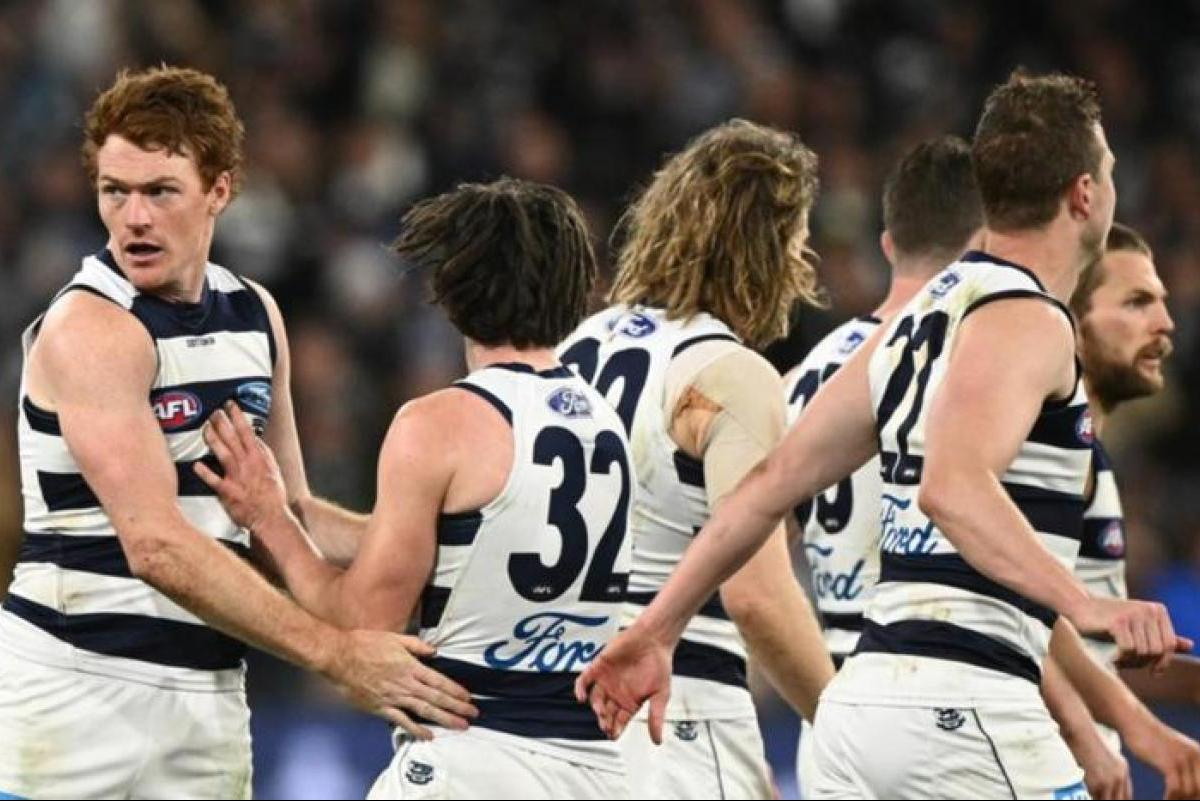 GEELONG have exorcised their first-week AFL finals demons with an epic six-point win over Collingwood at the MCG.

It continues a bumper start to the finals series, following Brisbane’s last-gasp win over Richmond and Sydney’s upset of reigning premiers Melbourne.

Just as minor premiers Geelong were under pressure heading into this finals series, so there were question marks over forward Gary Rohan.

He was massive, kicking three goals.

Rohan took a huge mark at 23 minutes into the last quarter and goaled from 50m to give the Cats a one-point lead.

Then Jack Crisp kicked a behind with two minutes and 30 seconds left to level the scores and Josh Daicos’ shot for Collingwood went out on the full.

With 1:20 left, the Cats surged forward and Max Holmes kicked the match winner.

Geelong will have the week off ahead of their preliminary final and Collingwood will host the winner of Saturday night’s Fremantle-Western Bulldogs elimination final next week in a semi-final.

Collingwood midfielder Taylor Adams was in tears when he tore his groin in the last quarter, having returned from the same injury for this match.

Before Saturday, the Cats had won just 10 of 25 finals under coach Chris Scott and since he took over in 2011, their most recent premiership, they were a dismal 2-8 in the first week of September.

Collingwood made the early running, kicking the first three goals for a 19-point lead late in the first quarter.

The Cats were under pressure and struggling to find system in attack.

Cameron kicked the Cats’ first goal at 27 minutes and that proved a badly needed steadier.

Geelong defender Jake Kolodjashnij hurt his knee in the first quarter and was subbed out before half time.

The Cats upped their workrate in the second, taking a contested possession advantage of 16 into the main break.

It showed on the scoreboard as they kicked three goals and took the lead.

But moments after dropping a sitter, Magpies forward Will Hoskin-Elliott marked and kicked a clutch goal after the half-time siren to give his team a one-point lead at the main break.

The third term was a beauty, with first Geelong and then Collingwood nailing big goals.

Ash Johnson repeated his heroics in the Round 23 win over Carlton when he goaled from an acute angle.

Moments later, Cameron did the same for the Cats, but Jamie Elliott kicked the last goal of the term to give Collingwood a seven-point lead at the last change.

That extended to 12 points when De Goey kicked the first goal of the final quarter.