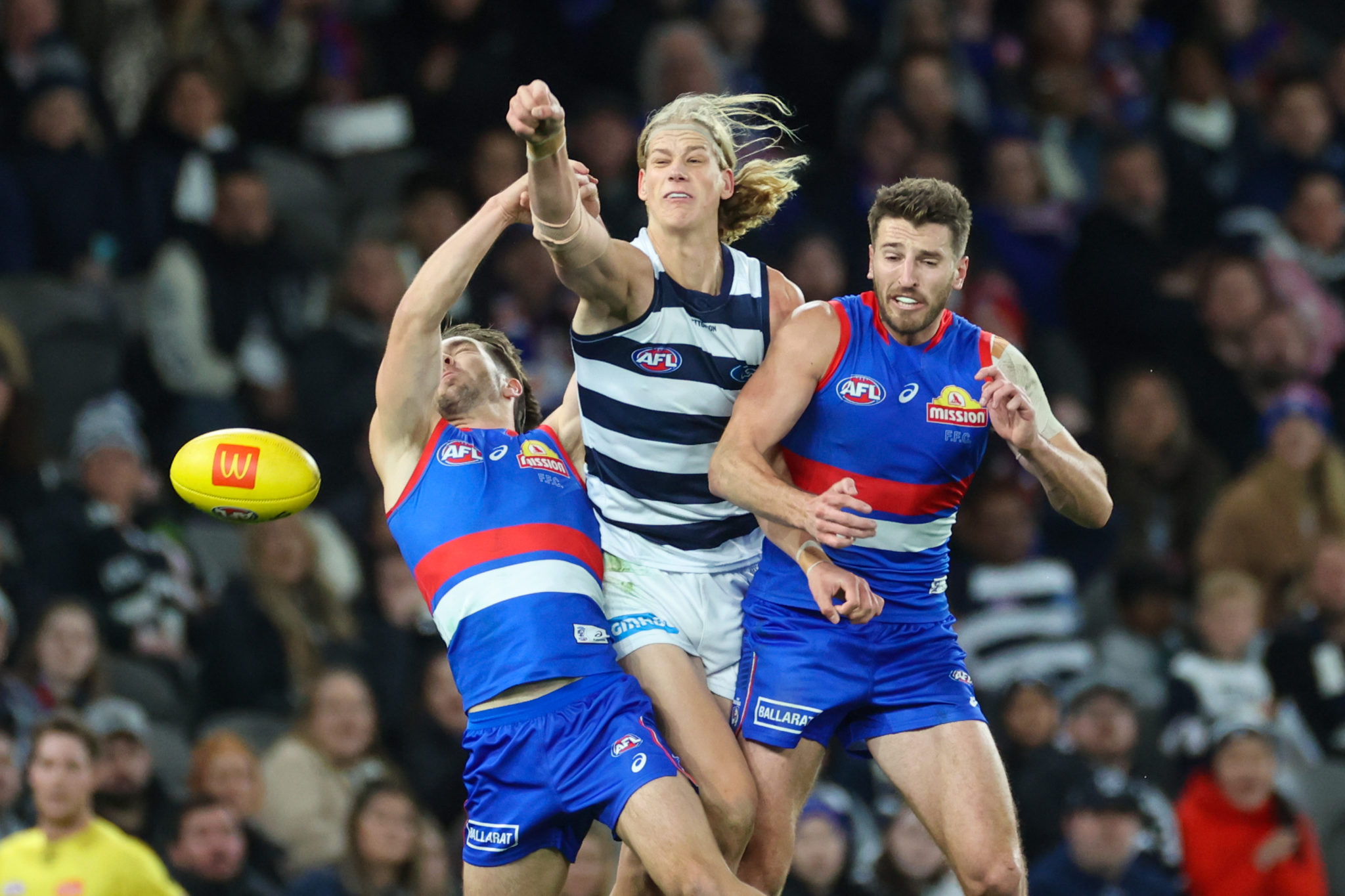 From just one game during his first two seasons with the Cats, De Koning has transformed into one of the AFL’s premier key defenders in six months.

In most other years, the 21-year-old would have been a lock for the Rising Star award, but Collingwood’s father-son gun Nick Daicos pipped De Koning for that honour last month.

However, De Koning gained some bragging rights last Saturday as the Cats defeated the Magpies in a pulsating contest to win through to a preliminary final.

De Koning stood up in a classic qualifying final and was not overawed by the monster crowd of 91,525 at the MCG.

The 204cm stopper credits Hawkins and Cameron, two of the greatest forwards of the modern era, for never going easy on him at training.

Hawkins and Cameron have been AFL stars for years, but it’s been the emergence of Geelong’s younger brigade like De Koning that has the Cats on the verge of their first premiership since 2011.

“Playing on them in pre-season definitely filled me with confidence at times when I would win, but it made me see where I would need to improve,” De Koning said.

“It just made me feel when I was winning, I could take it to the top level and play AFL games this year.

“Those guys have been a huge help for me, and I can’t thank them enough.”

De Koning found the best way to learn and develop was to test himself against the best on the track rather than be given any specific advice.

“We’ve kind of just gone at it and try to be competitive,” he said.

“There’s a few tips here and there, but it’s kind of been ‘you try and beat me, and I’ll try and beat you’, and that’s what’s improved my game the most because they’re not giving me an inch at training.

“It’s just helped me improve in that competitive battle.

De Koning tried to soak up the atmosphere of his first final before getting down to business against the Magpies.

When I first walked out before the game, ‘Issy’ (Isaac Smith) had a word with me having a moment and taking it all in, then just zoning in on the game.”