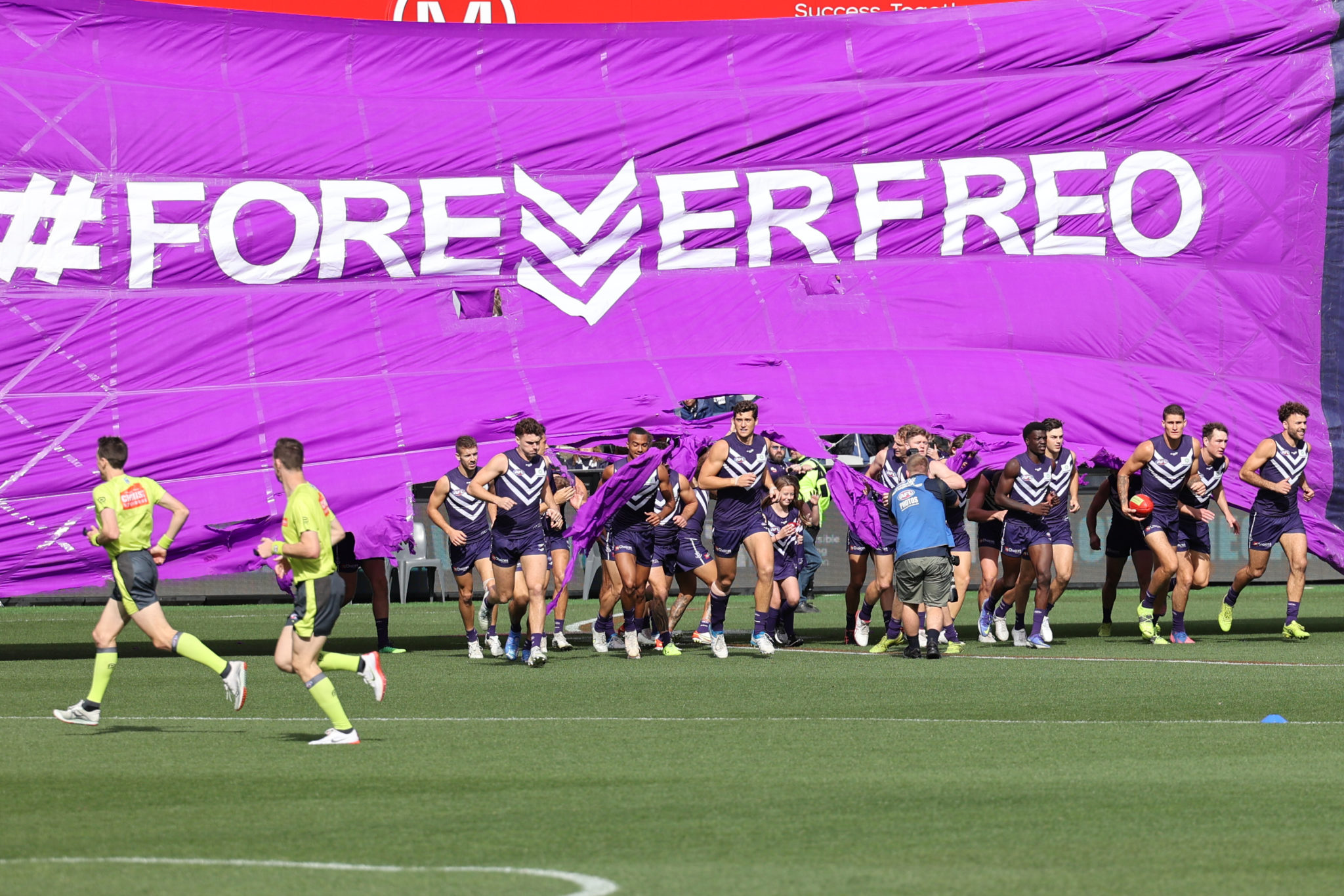 FREMANTLE won’t return to Perth its AFL finals tilt is over, and midfielder Andrew Brayshaw is confident avoiding extra travel is well worth sacrificing the comforts of home.

The Dockers face Collingwood at the MCG in Saturday’s AFL semi-final, and chief executive Simon Garlick confirmed if they win, they won’t fly home on Sunday in a bid to avoid taking too many long flights.

Fremantle would instead remain on the east coast ahead of a preliminary final against Sydney at the SCG, then would extend their stay if they earned a grand final berth.

If Fremantle made it to the September 24 decider, it would mean spending more than two weeks away from home.

“As a team from WA, we travel every second week, and then over the last couple of years with COVID, we’ve experienced hubs and being away from family for extended periods of time,” Brayshaw told reporters.

“So I’ve got no doubt that no matter what happens over the next couple of days, weeks, our group will be able to handle it.

“Just flying in and out, the less plane time we can have, the better.”

Brayshaw stressed the Dockers only had eyes on Collingwood but conceded it was a relief knowing football operations had their plans mapped out beyond the sudden-death final if needed.

Fremantle will sweat on the fitness of gun forward Michael Walters, who had strapping around his left calf and spent time away from the main training group at Friday’s session at North Port Oval.

Walters is among the stars who lifted Fremantle back from a 41-point deficit against the Western Bulldogs in last week’s elimination final.

Brayshaw is confident the Dockers have shaken off their first-final nerves and can handle the hostile pro-Collingwood crowd.

“We only had four players going into last week’s game that had played in a final, and now everyone has who’s playing in the 22,” he said.

“We were challenged last week, down obviously by a lot, which we don’t want to happen again, but I think we’re better for the experience.”

Fremantle lost to Collingwood in the wet at home in Round 10, but Brayshaw was confident they would prove a sterner task if it rained on Saturday.

“There’s a few minor tweaks … but we really back ourselves in, in the wet now and rain, hail or shine, we’re going to be giving our all.”

Injured skipper Nat Fyfe was at training on the sidelines.

Spirits were high at Friday’s session, where club great Jeff Farmer was among the interested onlookers.