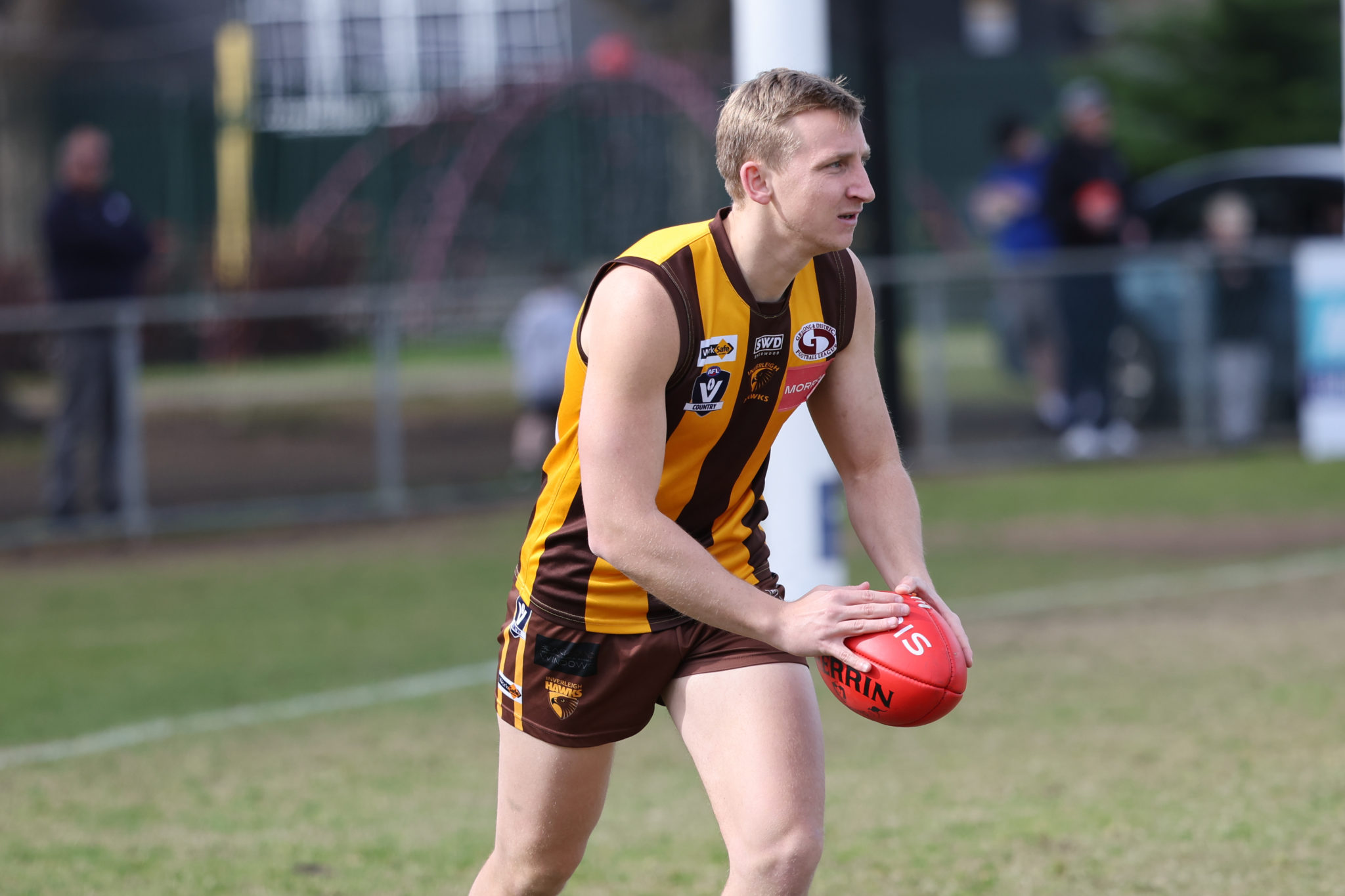 AFTER featuring in all but one of Inverleigh’s games this season, defender Alex Brown is the unlucky Hawk to make way for returning captain Jack Fiolet for Saturday’s GDFNL grand final clash with Bannockburn.

Inverleigh has submitted its team for the meeting with the Tigers online, with Nathan Mayes also missing out.

Mayes sat out the finals win over Bannockburn and East Geelong with an ankle injury suffered in the victory over Thomson in the season’s final round.

However, like Brown, he will take his place in the reserve grade decider against East Geelong.

Coach Adam Donohue said on Monday he wanted the players to know the senior and reserves lineups ahead of the Hawks’ final training session tonight (Thursday).

“But, with the injuries, and because we won a week-and-a-half ago, we wanted to enjoy the week and not really think about it.

“We’ll do the match committee (meeting), and I’ll make a couple of phone calls so they can sleep on it and hopefully rock up on Thursday night a bit over it.

“Whoever I make the phone call to, at least they still get to play, which is a positive out of it.”

Bannockburn will also make one change from the team that defeated East Geelong in the preliminary final after captain Daniel Measures declared on Monday night’s he’d overcome an ankle injury suffered in the qualifying final against Inverleigh.

However, on Thursday afternoon, the Tigers lodged a team with five players on the bench, including Measures.