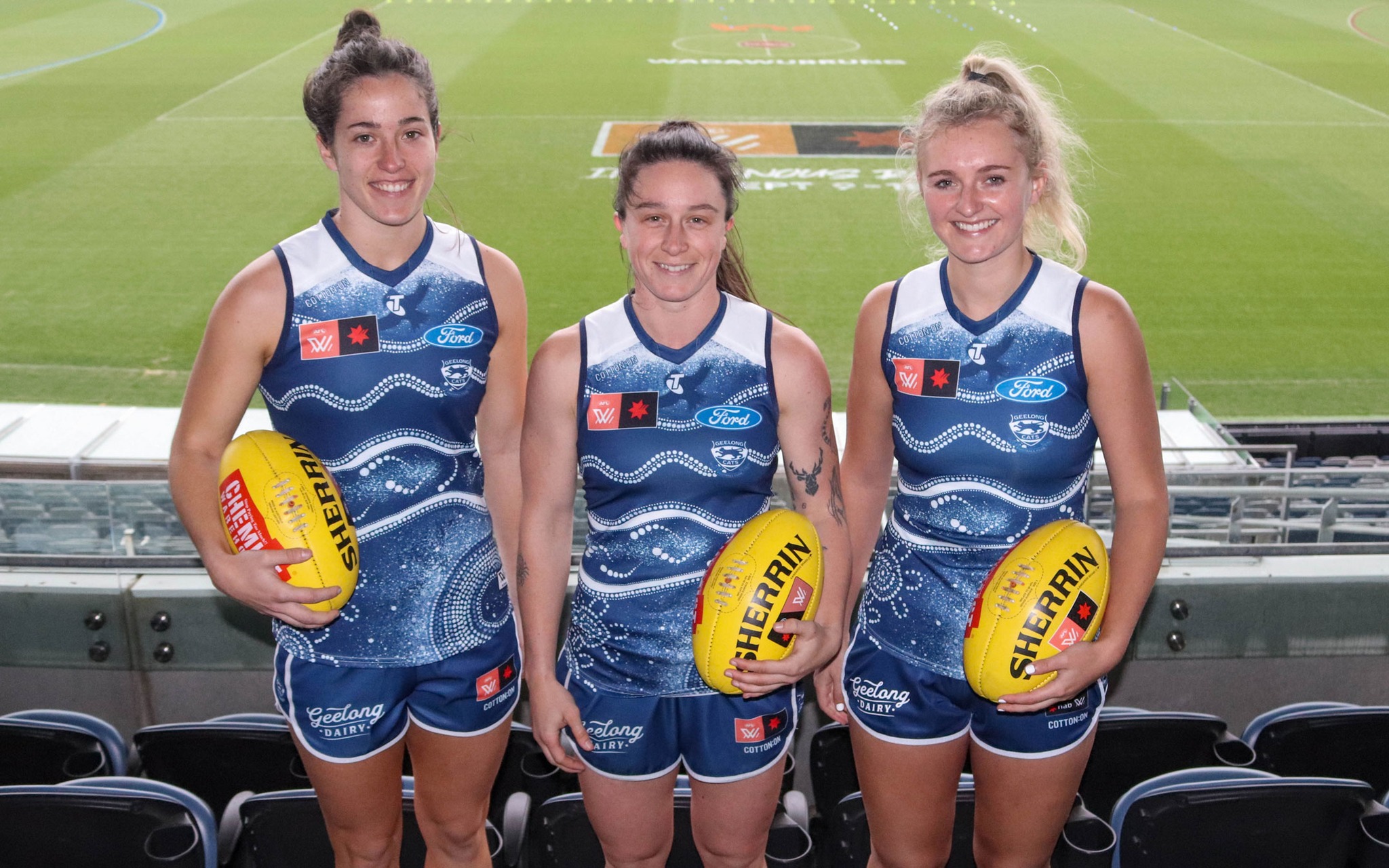 COLLINGWOOD has maintained its unbeaten start to the AFLW season and inflicted Geelong’s maiden defeat with a dour four-point win at GMHBA Stadium.

Neither side could register a goal in a scrappy first half on Saturday before the Magpies ultimately escaped in an absolute war of attrition, 2.3 (15) to 1.5 (11).

Collingwood registered the first six inside-50s and outmarked the Cats 19-5 in the opening term, setting the tone for an opening half of field domination which wasn’t translated on the scoreboard.

Geelong spent most of their time chasing and tackling as the Pies running brigade, led by captain Steph Chiocci, Aishling Sheridan and Jaimee Lambert, had it all on their terms.

It was more of the same in the second stanza, at the end of which Collingwood led 0.3 to 0.1.

The Cats were being outplayed, but their defence was standing tall again – to that point, Geelong’s backline had conceded one goal across 10 quarters this season.

Speedy defender Alana Porter finally notched the first goal of the afternoon – and the first of her AFLW career – with a fine finish with 9:13 remaining in the third to give the Magpies the edge.

Georgia Clarke countered with Geelong’s first, converting a free kick to tie the scores at three-quarter-time.

The Cats’ midfield trio of Georgie Prespakis, Amy McDonald and Rebecca Webster flipped the script to start getting right on top and give Geelong repeated field position advantage.

Against the grain, Jordyn Allen marked and goaled to give Collingwood the lead midway through the fourth period.

Prespakis’s snap and Meg McDonald’s flying shots could only register behinds as Geelong sought a late match-winner, the ball remaining encamped in the Cats’ attacking 50 down the stretch.

Magpies centre half-back Lauren Butler was nearly caught holding the ball, and Cats forward Chloe Scheer almost tackled too high, but the umpires’ whistles were put away as Collingwood’s under-pressure backline defended grimly to the death.