Magpies charge past Freo into prelim 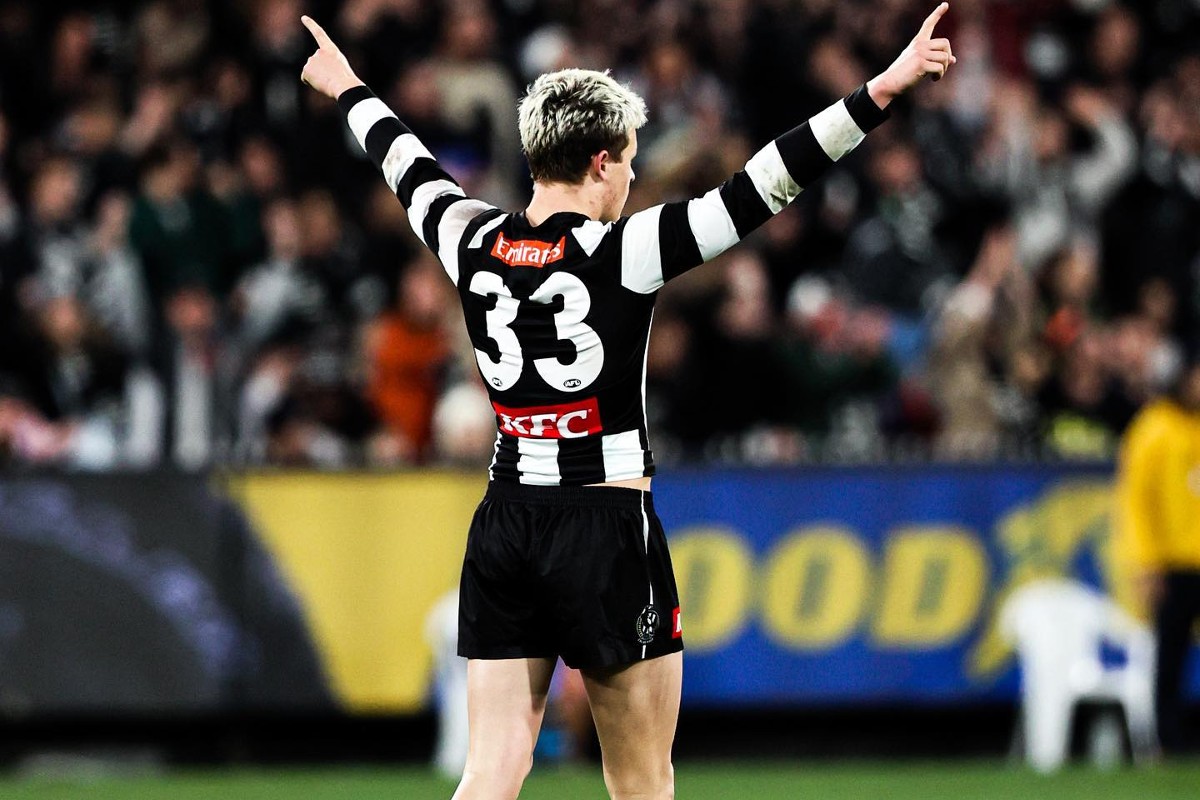 RESURGENT Collingwood is one win away from a remarkable grand final berth after beating Fremantle by 20 points to charge into an AFL preliminary final.

Four unanswered first-quarter goals set the Magpies up for a 11.13 (79) to 9.5 (59) semi-final victory that booked a final-four date with Sydney at the SCG.

The victory, headlined by Jordan De Goey’s outstanding midfield display in front of 90,612 at the MCG, adds another layer to Collingwood’s unlikely rise from 17th to the top four under new coach Craig McRae.

Following their dramatic elimination final comeback win over the Western Bulldogs, Fremantle had hoped to dish up a sterner first-quarter performance on Saturday night.

Instead, the Dockers again looked like deer caught in the finals headlights, with only Collingwood’s inaccuracy making for a flattering scoreboard.

In the first minute, headline-grabbing Magpie Ginnivan instinctively stayed down as everyone else flew close to goal, coolly soccered home the opener, then pounded his chest and fist-pumped in delight.

From there, Collingwood’s resolute press kept the toothless Dockers at bay while Brody Mihocek, De Goey and Jamie Elliott nudged the Magpies to a four-goal advantage at quarter-time.

Schultz nailed Fremantle’s first early in the second and added another later in the term.

But Collingwood were dominant, with their wasteful 2.6 for the quarter keeping the half-time margin at a flattering 27 points.

Schultz teed up Griffin Logue for the opening goal of the third term before Ginnivan ended the Magpies’ run of nine consecutive points with a clever goal in traffic to extend the lead to 31.

De Goey fended off Jordan Clark and teed up Mihocek for another before Michael Walters’ brilliant snap gave the Dockers a pulse at the final break.

But Mason Cox snuffed out any hope of a remarkable Dockers comeback when he nabbed his 100th AFL goal early in the final term.

Mundy, 37, kicked his 161st goal in his 376th and final game midway through the fourth quarter.

It started a run of three Dockers goals that did little but make for a flattering final margin.