Bews puts milestone in the background 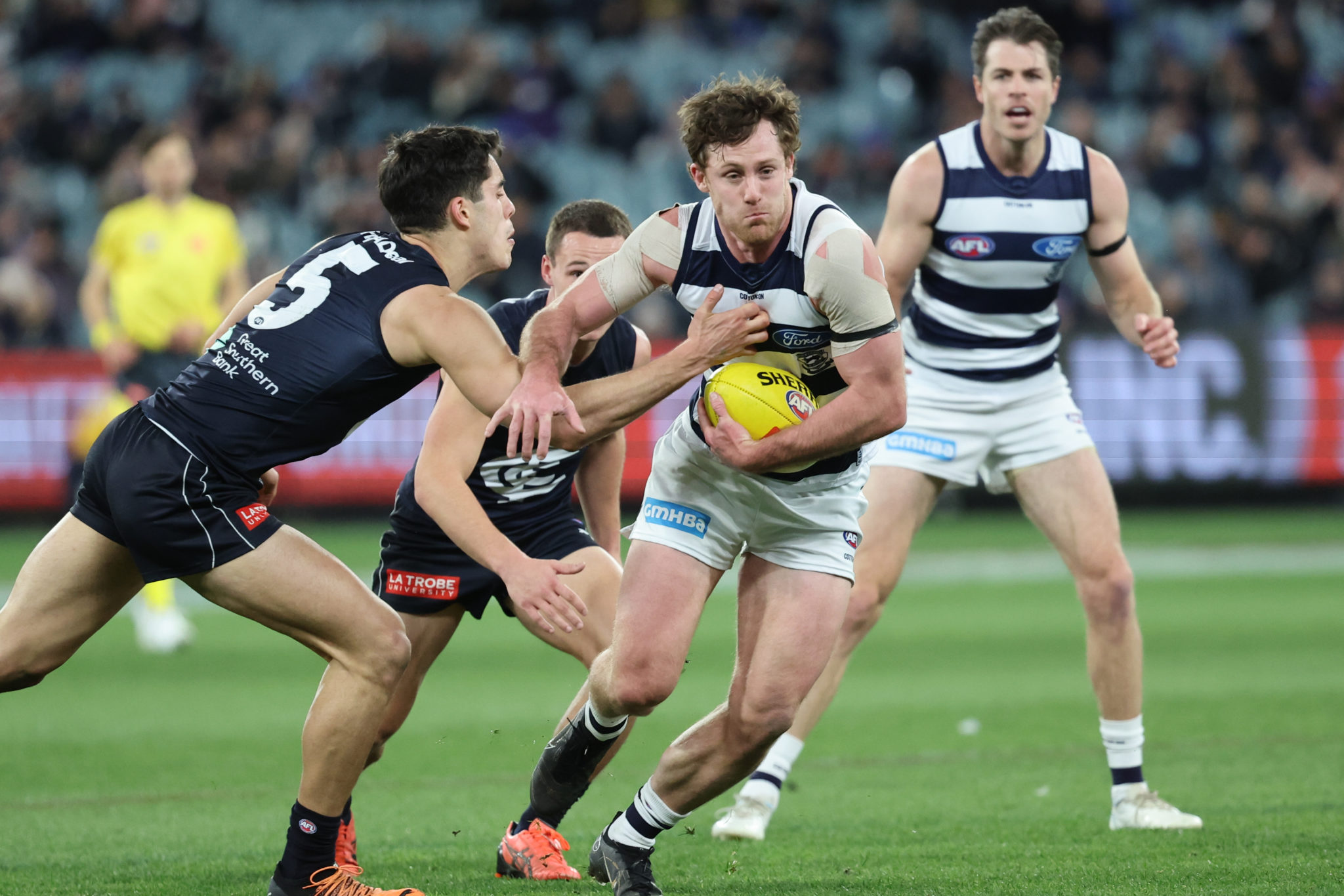 JED Bews’ run of playing a milestone game in a final will continue when he pulls on the Hoops for the 150th time in Geelong’s preliminary final meeting with the Brisbane Lions tonight.

His 50th appearance for the Cats was the preliminary final loss to Adelaide in 2017, while his 100th was the qualifying defeat at the hands of Port Adelaide three years later.

However, mirroring his no-frills approach to football, Bews is more than comfortable having a final to distract from his achievement.

“It’s in the background; a nice little achievement on the side, but the main focus is on the team and the big job we’ve got this week.”

Bews has been a regular opponent for Cameron and is likely to spend his time between him and former Cat Linc McCarthy.

“I’d guess one of those two, if not both,” he said. “They’re both good players.

“Charlie’s a freak with some of the stuff he can do. And I love playing on Linc because he’s a good mate of mine. 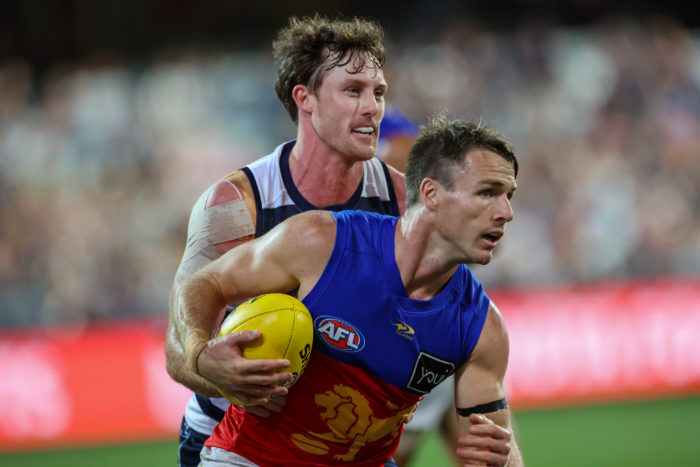 Bews and McCarthy were drafted in 2011, and Bews got a close-up look at McCarthy’s undoubted talent that was too infrequently seen in his six injury-impacted seasons at GMHBA Stadium.

“Every matchplay, we were playing on each other,” he said.

“Now, it’s a bit different – different teams, different circumstances. But I love playing on him.

“I love playing those big games against those good players.”

Bews’ milestone will see him and dad Andrew – who made 207 appearances for the Cats – become just the fifth father-son combination to play 150 VFL/AFL games for the club.

“We’ve both been through the heartbreak of a grand final loss, so to get a grand final (win) over him would be nice,” Bews said with a smile.

“But, he would be just as happy for me.”