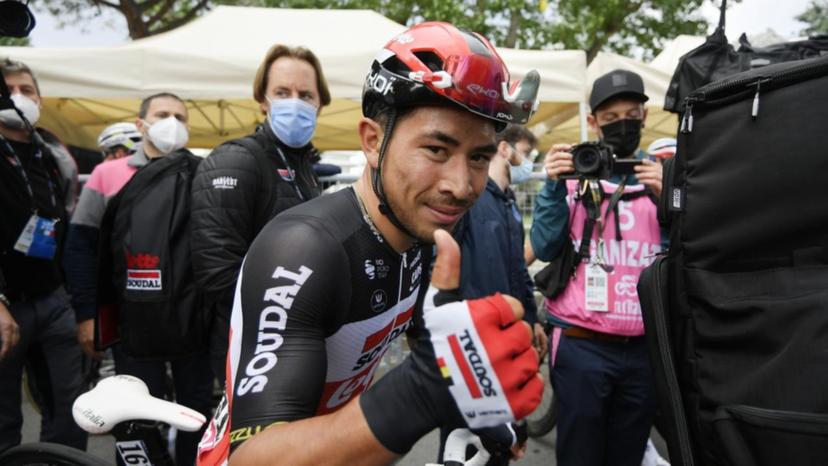 Caleb Ewan may have been overlooked for Australia’s world championship team but the disappointment hasn’t stopped the sprint star continuing to shine on the European roads.

Just two days before his home global championships starts in Wollongong, Ewan reminded everyone once more of what his national team might be missing with a fine runner’s up spot in Friday’s high-quality Koolskamp Koers race – the Flanders Championship.

The Belgian race attracted a host of the world’s top sprinters who, like Ewan, have missed out on going to the world championship because the hilly course is deemed to be too demanding for the pure fast men.

But Ewan, who was “heartbroken” not to be selected for the worlds, believing he’s a good enough climber to have coped with the undulating course and still thrived, was pipped in an enthralling finale on Friday by Dutch European champion Fabio Jakobsen.

The Sydneysider looked in line to win his third race in just over three weeks for Lotto Soudal but may have the front a fraction early as the Quick-Step Alpha Vinyl ace Jakobsen powered past in the finale of the 195.3km course.

But Ewan could be satisfied in having tamed the rest of an illustrious cast of quick men, including Australian outfit Team BikeExchange-Jayco’s Dylan Groenewegen (third), Tim Merlier (sixth) and the great Mark Cavendish, who didn’t feature in the denouement.

“It was very difficult to time this finish,” admitted Ewan.

“With the headwind in the final straight, it was a constant battle to be well positioned.

“You don’t want to be too far in the front, because then you take too much wind. But if you are too far back, you risk not being able to move up in time.

“Maybe it was a bit too early, but I could not wait any longer. You do not want to get closed in. I could keep pushing and maintain my speed, but in the end, Jakobsen just passed me.

“Of course, I wanted the win, but at the same time I can be happy with my form. There are quite some races coming up and I am sure I will get my chance to fight for victory again,” added Ewan.

He’ll be aiming for another one-day win in the Grand Prix d’Isbergues in France on Sunday, just a few hours after the world championships begin 80km south of his home city.