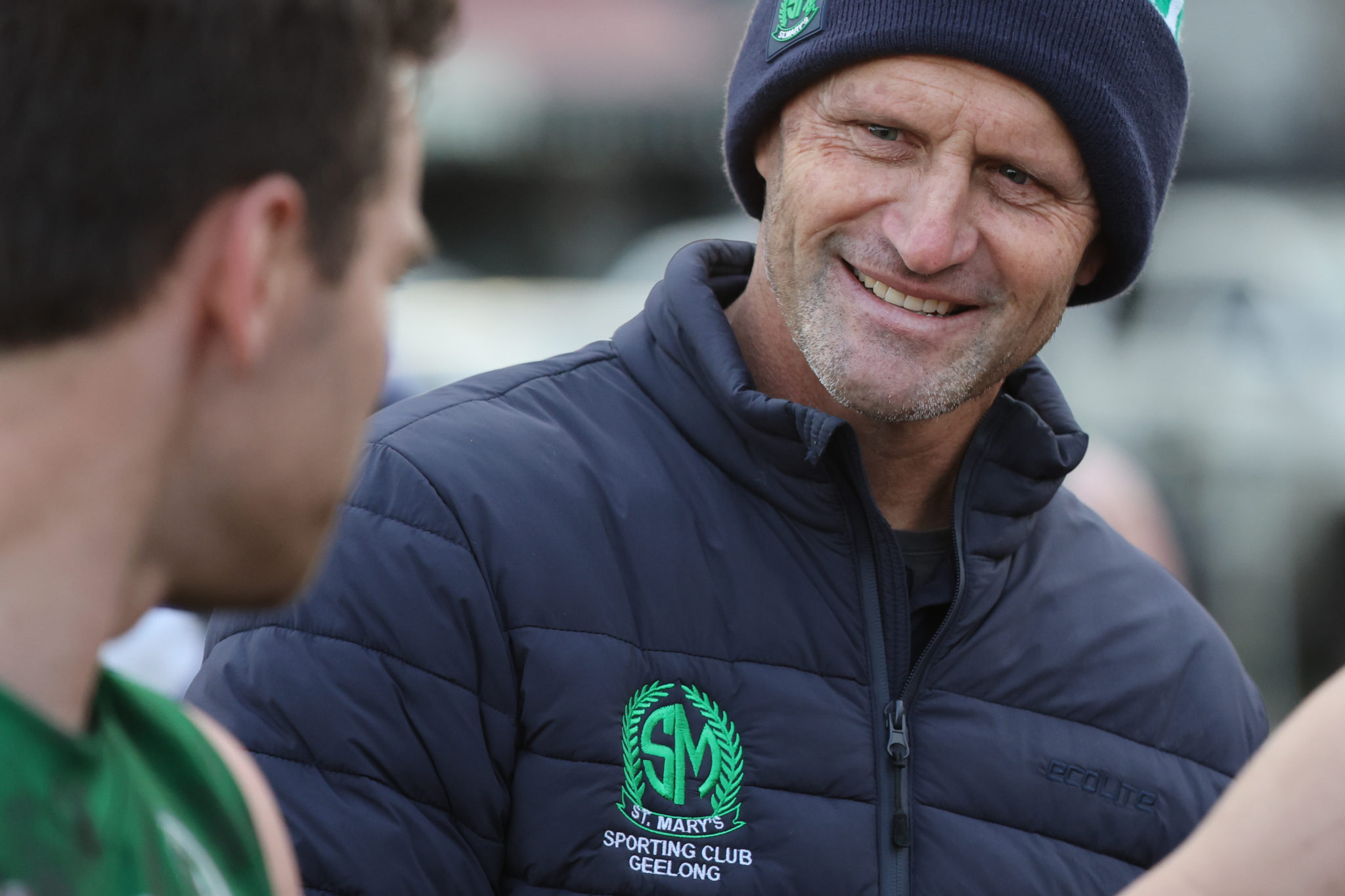 ST MARY’S co-coach Travis Robertson believes the experience gained from two-thirds of his team being part of the club’s 2019 premiership will be a factor in the GFNL grand final against LeopoFourteen.

The Lions will have five players – Marcus and Jai Thompson, Logan Wagener, Sam Hughes and Mitch Patten – returning from the team that defeated St Mary’s to claim their maiden GFNL flag in 2016.

“I think it helps,” Robertson said. “Grand finals are won in moments, and it will come down to whoever can handle themselves the best.

The grand final will be the first played away from either Kardinia Park or West Oval in the GFNL’s history.

Robertson revealed St Mary’s took the opportunity to train on St Albans Reserve on Tuesday night to get a better handle on the dimensions.

“It reminds you that it’s a big deck, and you can get lost on it, too,” he said.

“It was nice to get the boys out there and run around on it.

“Not necessarily in a game-sense situation; it, it was more to be able to train and get a feel for it.”

Robertson is confident St Mary’s has a handle on how to stop Leopold from being at its best despite the Lions having seven changes from the team that defeated the Saints in Round 10.

“We did a bit of divide and conquer, in terms of splitting the match committee up to focus on the two sides,” Robertson said.

“But, when (Connor) Giddings was having a shot for goal, we were just praying he’d kick a point, and they could go for longer.”

With West dominant in the ruck with 61 hitouts last week, Robertson knows the battle in the centre square will be crucial.

“It starts in the middle, doesn’t it?” Robertson said. “They’ve got a great mix of inside and out.

“They are certainly a team on the move at a stoppage because they can be pretty confident where they know it’s (hitout) going.

“And there are some match-ups up forward; they’ve got some pretty solid forwards in (Jake) Pitt and (Connor) Giddings that we’ll need to be pretty mindful of.”