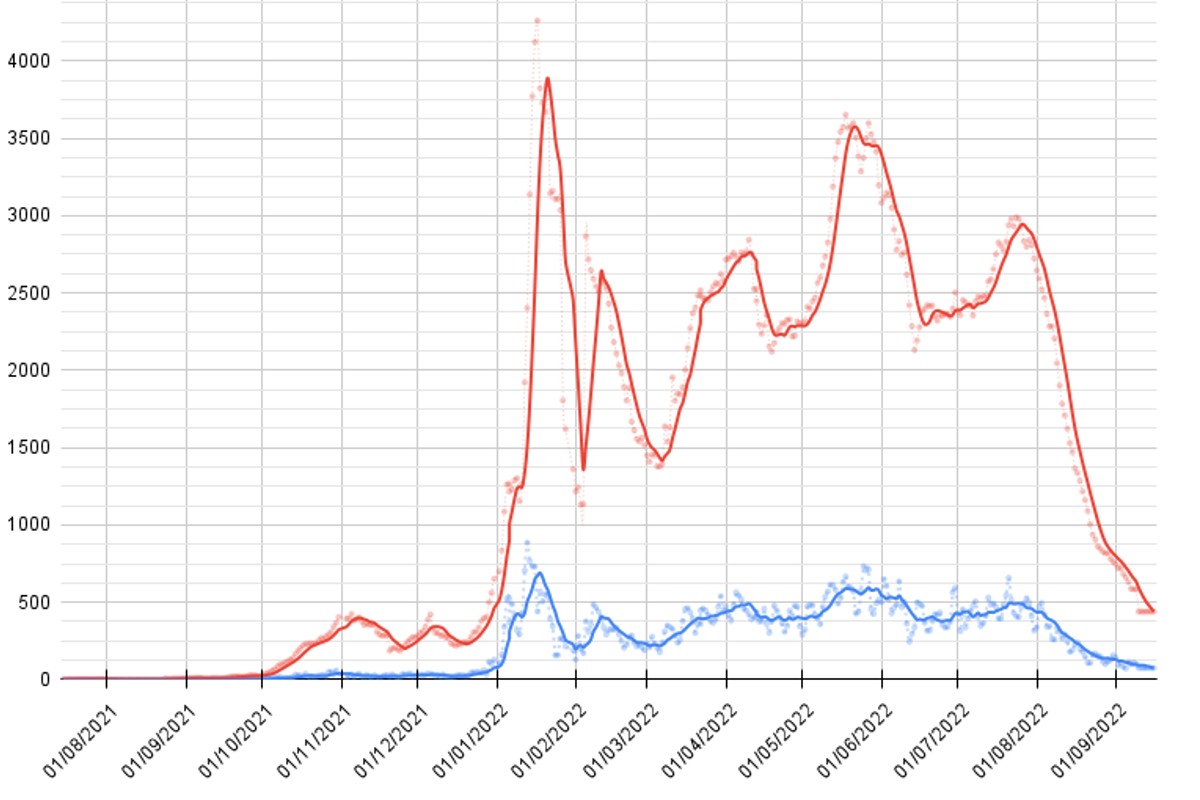 The Victorian Department of Health has released the first batch of weekly data after reporting daily COVID-19 cases since the start of the outbreak.

Numbers had already been declining since late July, however there has been concern from health professionals that the lack of daily reporting along with easing of COVID isolation periods may see numbers rise again.

Active cases in Geelong have followed a similar trajectory for the past week, compared with the previous two months, with 440 active cases in the region, and 528 new cases reported in the previous 7 days, an average of just over 75 per day.

There’s just 63 active cases on the Surf Coast, after reporting 78 new cases in the last week, while Queenscliffe is the only Local Government Area that is COVID-free.

Casey, Wyndham and Greater Geelong have the most infections in the state respectively, however Geelong comes in at 24th when the data is sorted per-capita.