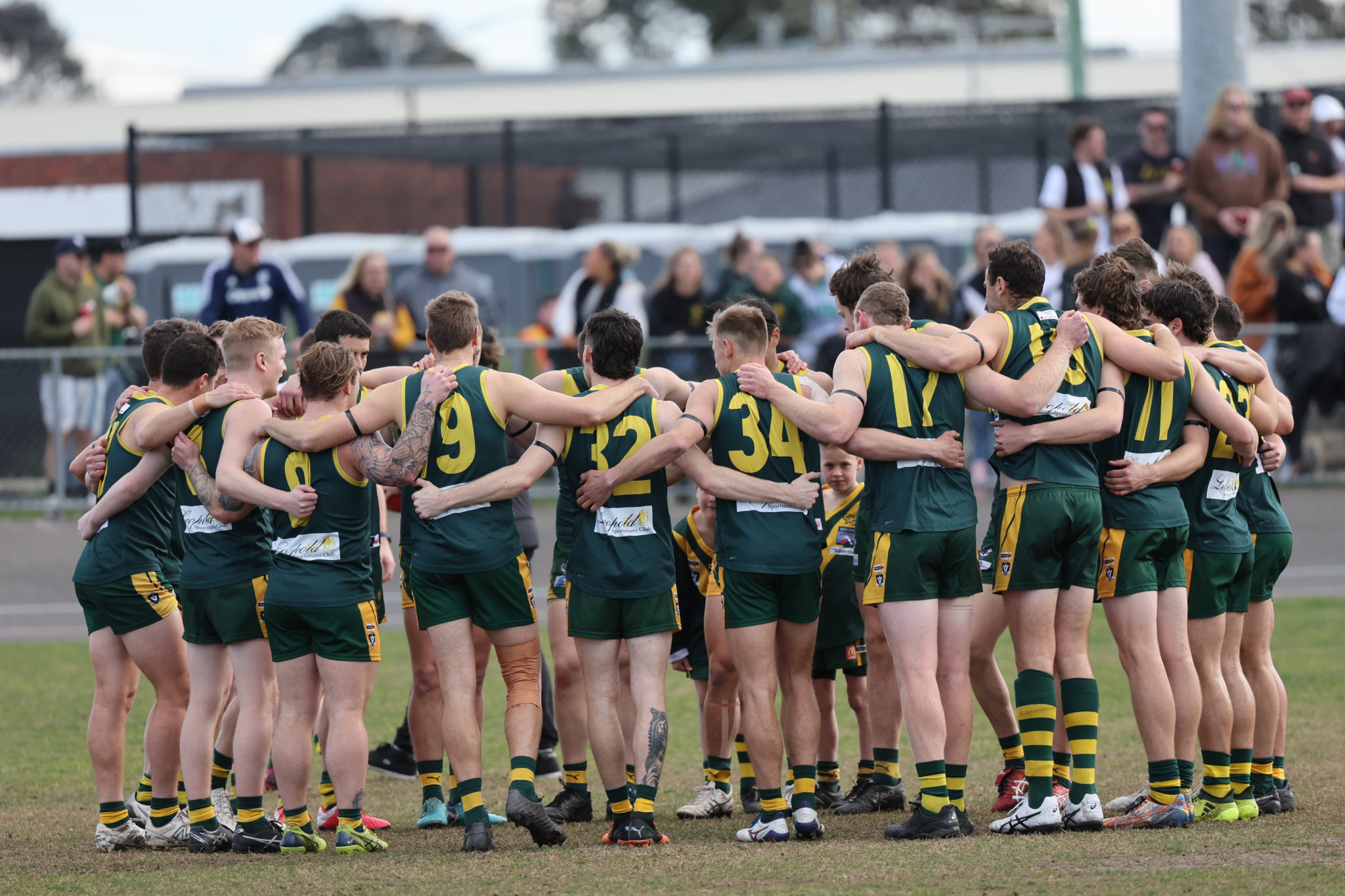 FROM three wins in 2021 to a grand final appearance this year, Leopold coach Garry Hocking has overseen one of the most significant turnarounds in GFNL history.

The Lions are just the eighth team to climb from ninth or lower the previous season to reach a grand final the following year.

However, the Geelong great says the resurgence at Memorial Park is the result of the contributions of many.

“It’s Hocks (president Richard Hockley); it’s (football director) Matt Aston; it’s all our coaches; it’s our committee,” Hocking said. “It’s our people who recruit for us; it’s all our trainers.

“When you get to a grand final, it’s a lot of people who have had a lot do.

“And it’s our players, too; they play the game.

“I’ve sat back the last few weeks and admired how good they’ve been going, and hopefully, we can complete that.”

Hocking admits leading Leopold has brought about a change in his coaching style.

“I’d probably been to nose right in the trough; not be able to sit back and see other stuff,” he said.

“It’s a little bit like I played; under the pack type.

“But, what I’ve learnt, there’s a lot more to the game than just the playing.

“The players play, and when I was coaching earlier, I was riding the bumps. I wanted to be in there and wasn’t seeing a lot of other stuff.”

That approach from Hocking has resulted in his contact with captain Marcus Thompson, who suffered a hamstring injury during the preliminary final win over Newtown & Chilwell, being limited.

“If I was a player, do you want the coach ringing you every couple of minutes,” Hocking said.

“He got through last (Thurday) night, and from last night there’s still 48 hours until the game.

“I’ve just let him be, and he’ll make that call.

“He’s been playing for a long time, and he’ll know whether it’s a yes or no.”

Leopold inflicted one of the two losses St Mary’s suffered during the home-and-away season after coming from 22 points down at half-time to snatch a thrilling five-point win at Anthony Costa Oval.

“In Round 10, we had to score a little bit more after half-time, so we’re going to have to be bold with the ball,” Hocking said.

“And they’re going to be, too.

“We like to get a bit of speed on the ball, too. And, we like to spread hard.”

“But, you’ve got to get your hands on the ball, so it will be the contest around the footy.”