A 2.4 magnitude earthquake has been recorded just before 6am Sunday morning.

Geoscience Australia plotted the epicentre as just off Seaford Beach near Frankston, at a depth of 6km.

Deakin University Waurn Ponds campus has an earthquake monitoring station (GEXS), and recorded the movement around 20 second after it was first felt at the Keysborough Secondary College station (AUKSC), which recorded a spike at 5:42am 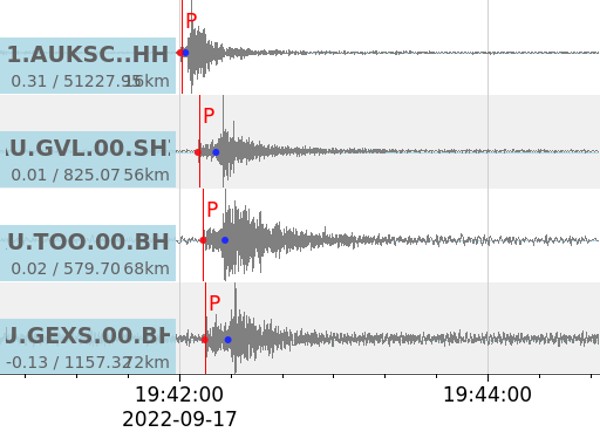