Success worth waiting for 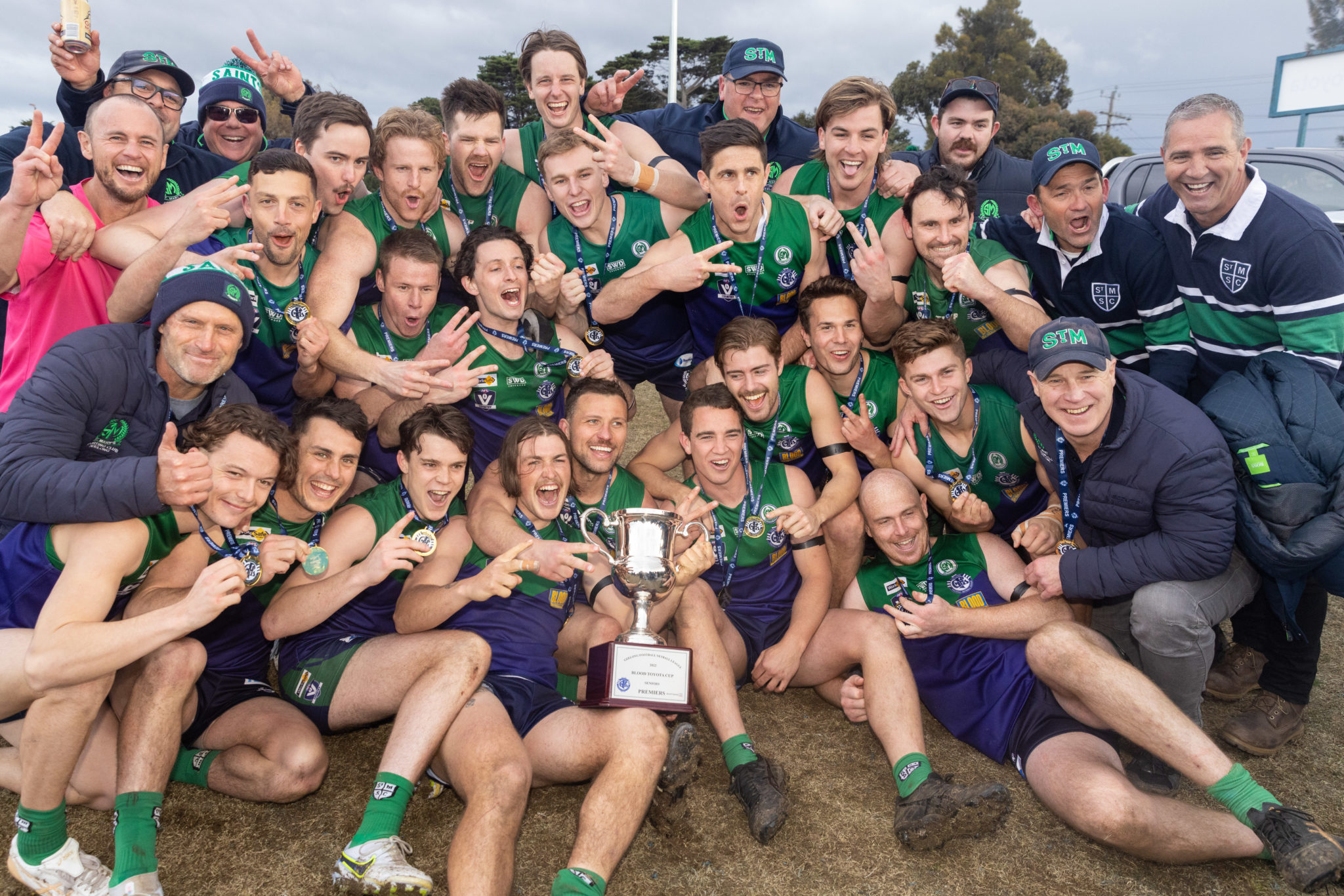 DENIED the chance to defend its 2019 success by a worldwide pandemic, St Mary’s has more than made up for the lost time by winning its sixth GFNL premiership.

The flag marks the first time St Mary’s has won consecutive premierships in the GFNL after their last-gasp win over Colac in 2019.

“They’re all good to win, but this one’s pretty special in the fact that the world’s been pretty tough for everybody in the last three years, and community sport means a lot to everybody,” co-coach Travis Robertson said.

“It’s been start-stop, start-stop, and we feel like we’ve had opportunities taken away from us; certainly last year.

“But they’re that our out of our control.

“I just mentioned to the guys that I really felt like they deserved to win today.

“For what they’ve dished up from May-June 2019, we’ve been a really dominant football side.” 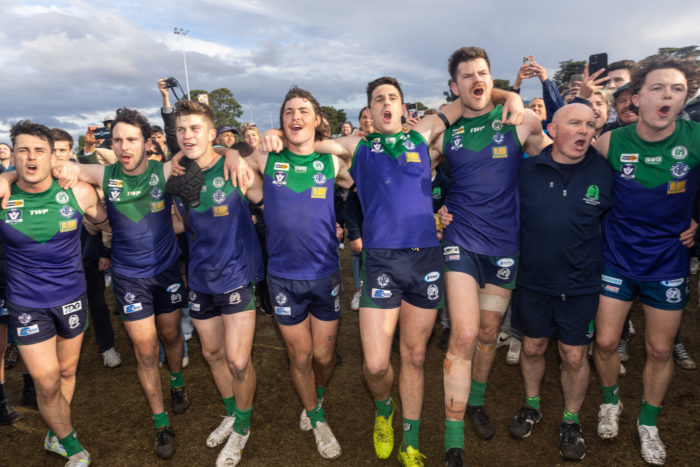 After winning the toss and kicking with a stiff northerly wind, St Mary’s conceded the first goal of the contest inside the opening 30 seconds when Lions veteran Sam Hughes snapped truly.

However, the Saints would only trail for five minutes, with a goal from a set shot from Trent McMullan putting his team in front for the first time and giving them a lead they would never relinquish.

Robertson said St Mary’s came into the grand final, focusing on pressuring Leopold as much as possible.

“We set ourselves a goal of getting 20 tackles a quarter,” he said.

“We hit that number in the first quarter, and then we were 19 in the second quarter.

“It was absolutely what we wanted to do, and the boys brought it, and after that first couple of minutes, we really did own the game.” 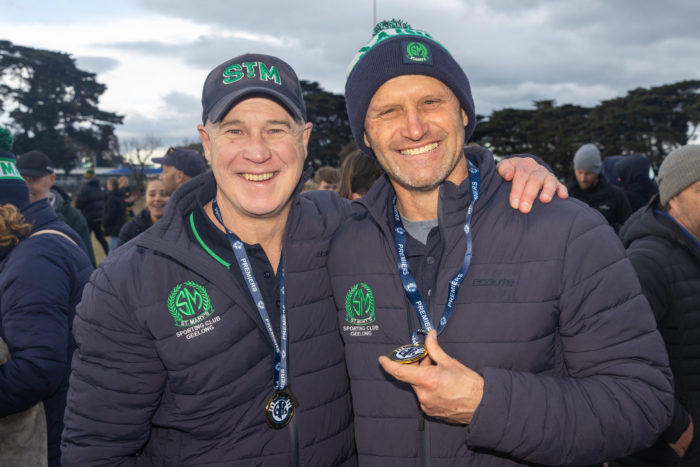 Eight players became first-time premierships players, with the stories of a number of that group adding further meaning to the day, including ruckman Nick Nott who produced a lion-hearted performance against Leopold’s Trent West.

“He’s been through a lot to be able to play the game of footy; two knee reconstructions and a lot of surgeries on his knees,” Robertson said.

“He does a lot of work to get himself up week-to-week.

“Whether he goes on next year’s debatable because he’s hurting.

“He had not played in a final before the second semi, ever. So, to see him get the reward for his effort, and he’s played against a pretty good ruckman today and done a great job.”

The only downside for the day was a groin injury suffered by Ben Moloney that resulted in the veteran midfielder being taken to hospital during the first half.

“He’s copped a knock to the groin … he’s got some bleeding, so he’s in hospital at the moment,” Robertson said.

“They’re not really sure what’s going on.

“Unfortunately for him, he wasn’t here to experience it.”