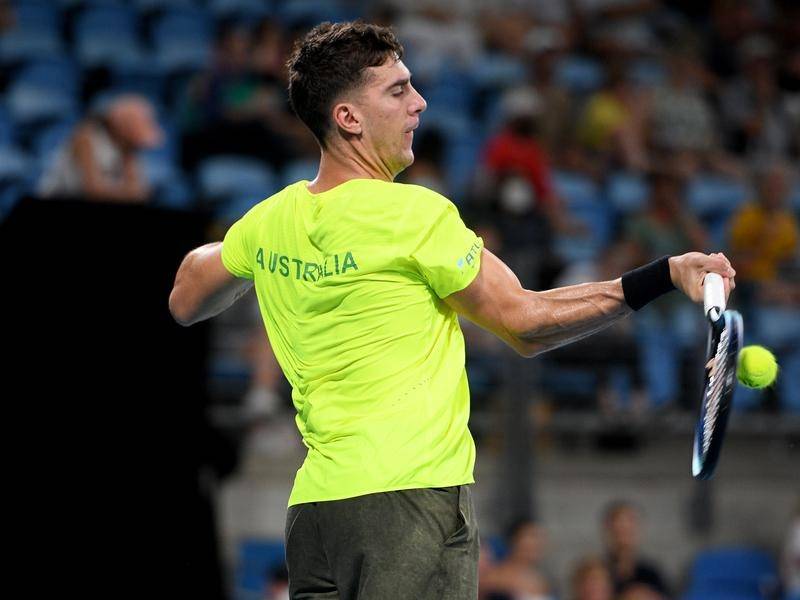 Lleyton Hewitt believes his Australian team are in a good place to challenge for Davis Cup glory again despite their successful week having ended in anti- climactic defeat.

After watching their 2-1 loss to hosts Germany in Hamburg on Sunday, the captain reckoned he wasn’t worried because the only thing that mattered was having already achieved their mission of qualifying for the finals week in Malaga.

With a quarter-final assured against the Netherlands at the Spanish venue on November 22, Hewitt, a winner of the ‘World Cup’ of men’s tennis as a player, said: “Absolutely, we’re in a good place.

“I’m extremely proud of all the guys. We’ve given ourselves a chance. It’s nice to be through to the quarters.”

It’s the first time they’ve reached the last-eight since 2015, leaving Hewitt to already get asked if Nick Kyrgios, who’s not played in the competition for three years, might return for the shoot-out week or whether he’ll stick with the same Hamburg quintet.

“I don’t know – I’ve literally just walked off the court. I’ll try to put together out best option moving forward and give ourselves the best chance,” he shrugged.

“But this week, I couldn’t be prouder of the five guys here.

“I’m just thrilled for them, especially a couple of first-timers in Max (Purcell) and Jason (Kubler).

“For them to go through the experience of playing for Australia and wearing the green and gold, it’s not something you shy away from. It’s a massive milestone in your career and they both handled it really well.”

For Sunday’s finale, Hewitt was able to rest the “pretty sore and beaten up” Alex de Minaur, who’d won his two singles matches in the earlier victories over Belgium and France – “I had to protect him as much as possible” – and experiment a little.

But it wasn’t the best of days for Purcell, who suffered two defeats – in both his maiden singles and his specialist doubles – in front of a partisan German crowd, which included the hosts’ injured star man Alexander Zverev cheering at courtside.

The 24-year-old Purcell, a capable singles exponent, admitted to feeling a mite nervous as he got blown away in the first set but regrouped to make a fight of it against the pulverising hitter Jan-Lennard Struff, who eventually won his third match of his unbeaten week 6-1 7-5.

Thanasi Kokkinakis, unable to take his place in the singles alongside de Minaur earlier in the week while suffering flu-like symptoms, then defied any lingering malaise while defeating top-ranked German Oscar Otte 7-6 (8-6) 6-1.

“Today is the best I’ve felt, I’m still not a hundred per cent, but I’m on the mend and happy I got a win for the team,” said the Adelaide man.

His equaliser left Purcell with a chance to make amends for his earlier loss as he teamed up with Matt Ebden in the deciding doubles.

But the Wimbledon champions, who’d won both their rubbers earlier in the week, met their match against the German duo Kevin Krawietz and Tim Putz, who extended their remarkable unbeaten record in the competition to 8-0 with a 6-4 6-4 win.

Australia’s Dutch opponents saw off both USA and Britain in their group in Glasgow.

“It certainly wasnt an easy group and they came through with flying colours, so we’ll have our work cut out,” said Hewitt.